Part 3 continues with the discussion of the general measures that have been introduced by the new finance law. 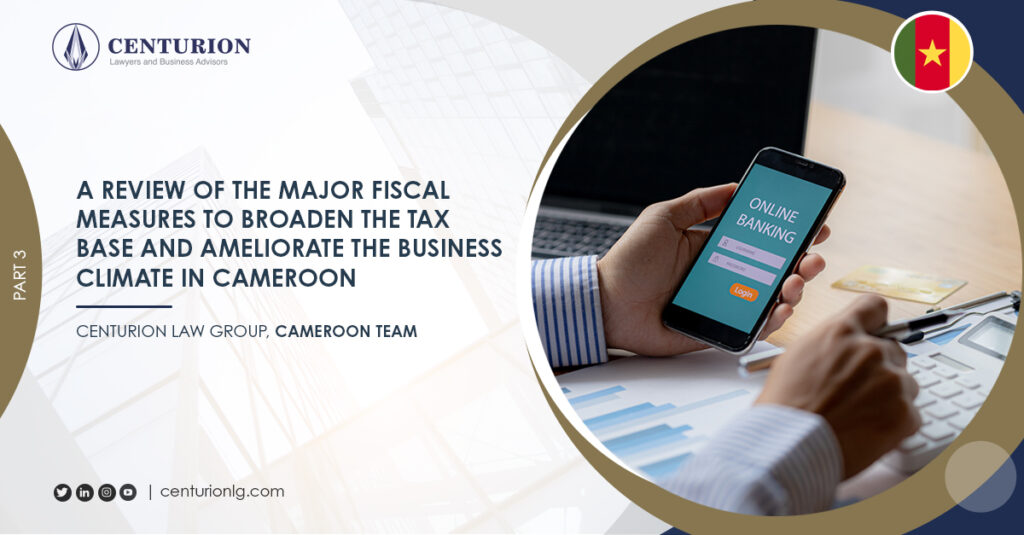 This month is dedicated to introducing the innovations of the new 2022 Finance law in Cameroon. This discussion is centered on the review of fiscal measures put in place to broaden the tax base which in effect ameliorates the business climate in Cameroon. Parts 1 & 2 of this piece introduced the new finance law of 2022 and encapsulated the regulatory framework of the law and its effect on the fiscal regime and some commercial sectors like the oil sector, Maritime transport companies, and financial companies, and the Agricultural sector. Part 3 continues with the discussion of the general measures that have been introduced by the new finance law. These measures include:

With the advent of the 2022 finance law, per Article 228 of bis General Tax Code “A tax on money transfer operations is instituted”. Since its launch in 2011, the business of transferring money via a mobile phone operator has experienced a remarkable boom whereby the sector saw a significant increase in the number of subscribers from 8,600,000 in 2011 to over 21,000,000 users in 2019. This boom has been followed by an explosion of the financial flow transactions by phone, estimated at more than 11 billion CFA per year.

Beyond these traditional operators, the financial sector has seen another type of financial service provider, also offering money transfer services. However, the absence of a tax system specific to this sector of activity, as is the case for others, makes it a tax niche, which hides an enormous potential; hence the institution of the tax on money transfers. This new tax aims to neutralize and collect revenue on all financial operations relating to money transfers. It affects all sending operations carried out from Cameroon, such as person-to-person transfers through mobile telecommunications companies, it also affects withdrawal operations carried out at the counters of financial institutions or approved distributors. The rate of this collection is 0.2%, excluding VAT, of the amount transferred or withdrawn.

The objective of this new tax measure is to increase the State’s tax revenue by collecting and achieving a yield of CFA 20 billion over the course of a year.

The above figures show that this tax is an innovative source of tax revenue, whose rate of 0.2% is sufficient proof of the prudence of the legislator, who has made an effort to avoid a considerable impact on citizens.

Circular Letter of the Minister of Employment and Vocational Training of 22/06/2022, Concerning the Modalities for Obtaining Work Permits