Green Hydrogen – a Solution We Need for Energy Transition

Green hydrogen is defined as hydrogen created through the use of renewable energy to split water into hydrogen and oxygen. This is a completely different path from both the grey and the blue. 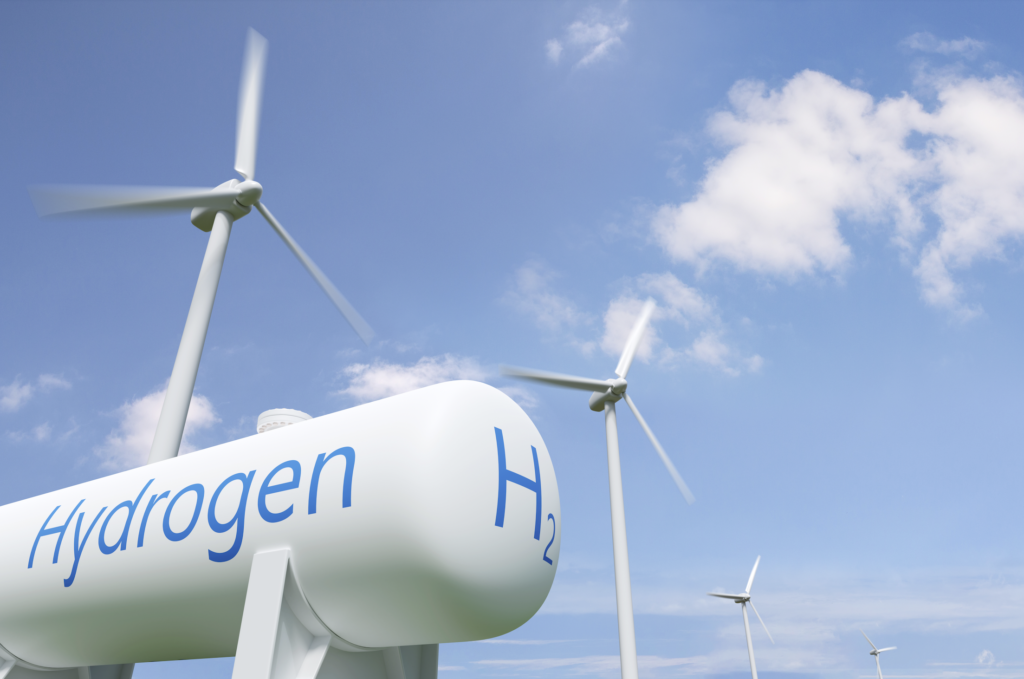 Several pledges to reduce emissions made at COP21 included green hydrogen as a means of decarbonizing heavy industries, long-distance freight, shipping, and aviation. Governments and industry alike acknowledged green hydrogen as a critical component of a net-zero economy. The European Commission adopted a set of legislative recommendations aimed at decarbonizing the EU gas market by increasing the uptake of renewable and low-carbon gases, such as green hydrogen, and ensuring energy security for all European residents. The United Arab Emirates is also increasing its ambition, with its new hydrogen strategy aiming to capture a quarter of the global low-carbon hydrogen market by 2030, and Japan recently announced a $3.4 billion investment from its green innovation fund to accelerate hydrogen research and development and promotion over the next decade.

The globe currently produces 75 million tons of hydrogen each year. The majority of it is produced by fossil fuels, primarily natural gas and coal which account for 6% of global natural gas consumption, 2% of global coal consumption, and results in annual emissions of 830 million tons of carbon dioxide nearly as much as Germany’s annual CO2 emissions. Producing all of this hydrogen with green energy will contribute significantly to emissions reductions. With green hydrogen as a bridge, green power can be converted into a transportation fuel or used as a feedstock in industrial processes where climate-neutral alternatives are currently unavailable. Green hydrogen and its derivatives, such as green ammonia, will enable us to integrate wind energy into a container ship’s fuel tank. Thus, hydrogen has the potential to considerably increase the decarbonization potential of renewable energy sources.

Hydrogen can be grey, blue, or green in color — and occasionally even pink, yellow, or turquoise, depending on the manufacturing process.

Grey hydrogen has traditionally been created by splitting methane (CH4) with steam to produce CO2 – the primary contributor to climate change – and H2. Grey hydrogen is created from coal, resulting in much higher CO2 emissions per unit of hydrogen produced, to the point where it is frequently referred to as brown or black hydrogen rather than grey hydrogen. Given that ten tonnes of carbon dioxide are created for every ton of hydrogen collected, grey hydrogen is climate-disrupting.

Blue hydrogen is a supposedly cleaner solution in which the gas is produced using steam methane reformation, but the emissions are reduced via carbon capture and storage. While this technique has the potential to roughly reduce the quantity of carbon produced, it is far from emission-free. Blue hydrogen is created in the same way as grey hydrogen, but with the addition of technology to capture and store the CO2 produced when hydrogen is split from methane (or coal). It is not a single shade, but rather a very broad range, because not all the CO2 created can be caught, and not all methods of storing it are equally successful over time. The critical point is that by sequestering a considerable portion of the CO2, the climate impact of hydrogen production can be significantly decreased.

Green hydrogen is defined as hydrogen created through the use of renewable energy to split water into hydrogen and oxygen. This is a completely different path from both the grey and the blue. Green hydrogen, on the other hand, could nearly completely eliminate emissions by powering the electrolysis of water with renewable energy — which is becoming increasingly abundant and is frequently generated at less-than-ideal times.

It all boils down to the manner in which it is manufactured. While hydrogen produces merely water when consumed, its production can be somewhat carbon demanding. However, because green hydrogen is the only type produced in a climate-neutral manner, reaching net zero by 2050 is important.

In countries such as the United States, Russia, China, France, and Germany, hydrogen as a fuel is a reality. Others, such as Japan, are taking it a step further by aspiring to be a hydrogen economy. Hydrogen can be utilized to store energy generated by intermittent renewable sources; the sun does not always shine and the wind does not always blow. Rather than storing excess energy in batteries, utilities can convert it to hydrogen and then use it for energy later.

Hydrogen, like natural gas, can be kept underground indefinitely and on a seasonal basis. It is versatile as it may be converted to electricity or synthetic gas and used in a variety of applications, including residential, commercial, industrial, and transportation. It can also be combined with natural gas at up to a 20% ratio and transported through existing gas pipelines and infrastructure.

The Department of Energy envisions three key paths for reducing the cost of clean hydrogen from approximately $5 per kilogram to $1:

• Enhancing the efficiency, durability, and production capacity of electrolyzers.

• Increasing the efficiency of pyrolysis, which produces solid carbon rather than carbon dioxide as a byproduct.

• Advanced routes is a broad term that encompasses experimental technologies. A photoelectrochemical method (PEC) is one such example, in which sunlight and specific semiconductors are utilized to split water into sunlight and hydrogen.

While green hydrogen is gaining traction in a variety of industries, it continues to face several obstacles.

In conclusion, hydrogen as a fuel appears to have considerable potential to aid in the global transition to clean energy, and its generation method is critical. While mass production is not currently cost-effective, it is possible. Government backing, private research, and investment have all contributed to the significant price reduction of renewable energy technologies such as solar photovoltaic and wind between 2010 and 2019, and as a result, the cost of solar panels decreased by 90%.  It is now the turn of green hydrogen, and there is a genuine financial chance to enter this sector early. If estimates are accurate and green hydrogen accounts for 24% of global energy use by 2050, the potential is extremely huge.