Kenya is located on Africa's eastern coast, astride the equator. Kenya is bordered by Sudan and Ethiopia in the North, Somalia in the East, the Indian Ocean and Tanzania in the South, and Lake Victoria and Uganda in the West. Nairobi, Kenya's capital city, is located in the country's South-Central Region. 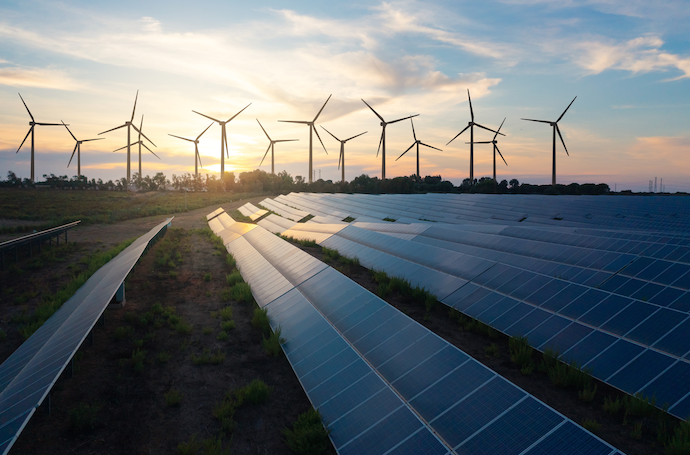 Kenya is located on Africa’s eastern coast, astride the equator. Kenya is bordered by Sudan and Ethiopia in the North, Somalia in the East, the Indian Ocean and Tanzania in the South, and Lake Victoria and Uganda in the West. Nairobi, Kenya’s capital city, is located in the country’s South-Central Region.

Kenya’s energy mix is dominated by bioenergy (64.6% of total primary energy supply), oil products (16.9 %), renewable energy sources such as wind and solar (15.2%), and to a lesser extent, coal and hydropower (1.9 %). Kenya relies on imported fossil fuels to meet its baseline energy requirements and the country spends close to half of its yearly foreign exchange on petroleum and oil imports. As a result, Kenya is extremely vulnerable to supply and pricing shocks in international markets.

However, in the last two decades, power access has expanded substantially in Kenya reaching over 3/4 of the population. The Rural Electrification Authority’s last mile connectivity project intends to achieve universal access by 2022. Kenya generates more than 75% of its electricity from renewable sources primarily geothermal power and hydropower. Due to the strong solar output, coastal breezes and the geology in specific locations of Kenya, solar, wind, and geothermal energy all have significant potential. As a result, the region is attracting foreign investors who view wind and solar energy as viable options for rural electrification.

Kenya’s total installed capacity of large hydropower is 826.23 MW while small hydropower potential is estimated at 3,000MW, of which less than 30MW have been harnessed and just 15MW supplied to the grid. Hydropower is used to generate energy in specific locations of Kenya, primarily around the country’s five major rivers: Lake Victoria, the Tana River, the Great Rift Valley, the Sabaki River and the Ewaso North River. However, variable rainfall patterns and droughts periodically diminish system production and reliability, necessitating the integration of backup oil-fired power plants into larger hydro networks.

Kenya is blessed with geothermal resources, most of which are concentrated in the Rift Valley. Currently, Kenya has installed geothermal capacity of 745 MW, the majority of which are in the Olkaria fields. The Kenyan government intends to build two coal-fired power plants during the next 30 years: one in Lamu, a 981 MW plant divided into three units of 327 MW each, planned to begin operations in 2024 and another in Kitui, a 960 MW facility scheduled to begin operations between 2034 and 2036. While the Lamu plant will utilize imported coal, the Kitui plant is expected to use local coal.

Every year, an increasing number of Kenyans choose solar energy rather than connecting their households to the country’s electrical grid because of the high cost of setting up such a connection as well as the high cost of purchasing electricity from Kenya Power.

With installed solar capacity ranging from 4 to 8 megawatts, Kenya has one of the most active commercial photovoltaic system marketplaces in the developing world, ranking second only to India. Approximately 200,000 rural homes in Kenya are equipped with solar home systems and the country sells between 25,000 and 30,000 photovoltaic modules each year. Sales of total photovoltaic capacity were predicted to reach 750 kWp in 2002, and they have climbed by 170% in eight years, despite the absence of government intervention or legislation to encourage the adoption of photovoltaic technology.

Prior to the The Lake Turkana Wind Power Project LTWP, Kenya had only one wind farm with a capacity of 25.5 MW located on the Ngong Hills. Kenya possesses an economically feasible wind energy potential. According to Global Wind Atlas data, the strongest winds occur in the north of the country around Lake Turkana with gusts surpassing 8.0 m/s in some spots. The LTWP is located in Sarima at the southern extremity of Lake Turkana.

Under the terms of the Power Purchase Agreement, the Wind Farm will provide reliable, low-cost energy to Kenya’s national grid – approximately 17 percent of the country’s installed capacity–which will be purchased at a fixed price by Kenya Power & Lighting Company Ltd (KPLC) over a 20-year period in accordance with the Power Purchase Agreement (PPA).

The Kenyan President, Uhuru Kenyatta signed the Finance Act, 2021 into law on Wednesday, June 30th, 2021, reinstating essential VAT exemptions on renewable energy items, including but not limited to solar and wind power equipment as well as clean cooking solutions. These steps will contribute to the Government’s goal of providing electricity and clean cooking fuel to 100 percent of Kenyans. Solar home systems and mini-grids are vital services for off-grid Kenyan villages. They are a critical pillar of social and economic development, contributing to improvements in health, safety and education as well as powering small businesses and enhancing agriculture.

Kenya’s government’s Kenya Vision 2030 plan established a long-term strategy (2008–2030) for strengthening the country’s industrial sectors while enhancing inhabitants’ quality of life and adhering to environmental protection norms. Kenya has made enormous gains in its energy sector in less than a decade. Two landmark renewable energy projects that have benefited significantly from the African Development Bank’s are Turkana Wind Farm and Menengai Geothermal Power Station. Kenya’s statewide electrification rate increased from 28% in 2013 to more than 60% in 2017 according to data released by President Uhuru Kenyatta during a January 2018 energy round table. Recently, Tsavo Oilfield Services, a premier energy consultancy serving the Oil & Gas, Geothermal and mining sectors within the Eastern African region with head office in Nairobi, Kenya and the African energy Chamber, completed its first installation, testing and commissioning of an RMU, a wind turbine in a 30 unit farm. The supplier was Schneider Electric & it was manufactured in France.

Several energy-related start-ups have emerged in Kenya; among them are

M-kopa, which aims at providing low-income people with access to energy solutions that they can realistically afford by providing clients with immediate access to the product while gradually increasing their ownership over time through a series of flexible micro-payments. Once a consumer has paid off the installments on their product, they can use this asset as well as their credit history with M-KOPA to gain access to further products and services that will enable them to develop in their lives more quickly.

Strauss Electricity, a firm that provides “pay as you go” solutions to consumers who are currently off the energy grid and believes that creating and constructing Building Integrated Photovoltaics (BIPV) systems is the ideal solution to the energy problem that is currently bedeviling Kenya.

PowerGen Renewable Energy, is an installer of off-grid power systems. During its first year of operation, the company completed the installation of dozens of solar and small-scale wind projects in Kenya and neighboring countries among other things. The primary goal of the company is to make clean, renewable energy accessible to an increasing number of people living in Africa.

Vuma Biofuels is a company that attempts to convert agricultural waste into renewable energy. The primary goal of the company is to eliminate the use of firewood as a fuel for the industrial sector in Kenya. Furthermore, the company manufactures a clean biomass energy product made from discarded sugar cane husks, which is environmentally friendly. Their VumaBriqa, on the other hand, are an excellent fuel source for industrial boilers. Their belief is that the time has arrived for a more efficient replacement to wood burning.

There are numerous renewable energy opportunities available in Kenya, because the government is interested in ensuring that its citizens have adequate access to electricity. If you have any reservations or questions on this topic, feel free to contact the Energy Transition Centre today: