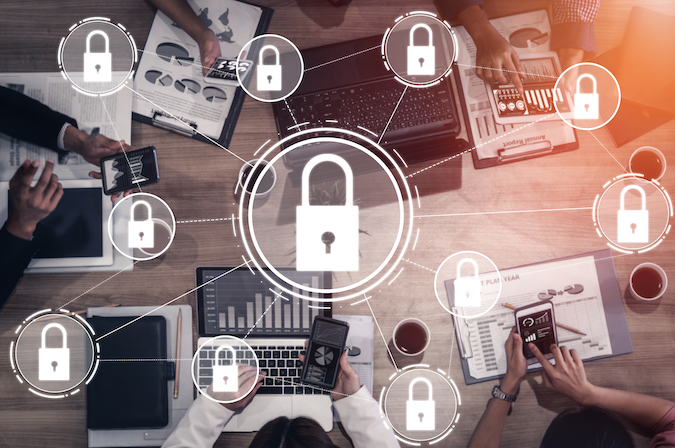 The 21st  century is mainly characterized by its rapid economic development[1] and a knowledge-driven period.[2] Countries around the world compete based on their ability to manipulate and effectively use information to their advantage. Developed countries have come to appreciate that innovation should be at the top of policymakers’ agenda given how it drives both long-term economic growths.[3] Hence, these countries dominate cutting-edge technologies in a variety of fields, including pharmaceuticals, biotechnology, telecommunications, information technology, and most especially the Internet, and space technology[4] which are largely driven by Intellectual Property (IP).  Many of these countries use IP to improve frontier of expertise and business expansion in their region.

Developing nations on the other hand are catching up, with varying degrees of success. It has been argued that because Sub-Saharan African countries were colonies of other countries, their intellectual property laws were imported from the colonizer countries.[5] Further, most African countries who are in the process of taking the steps to ensure legislative compliance with international IPR norms, lack capacity to effectively implement and harness these norms for national development. For this reason, most African countries who are members of international organizations adopt international laws and their standards without adequate regard to local nuances. This is particularly a challenge for African developing countries given specific cultural intellectual output that needs protection.

Although, attempts are being made by African countries to meet up with the world’s level of IPRs protection, some issues are needed to be dealt with in order to move to an effective IPRs protection. In the case of Nigeria for example, IPR enforcement is hampered by loopholes, bureaucratic bottlenecks, a lack of technical knowledge and abilities, and a lack of public awareness.[6] These factors have contributed to the proliferation of piracy, counterfeiting, unauthorized, unlicensed usage, and violation of intellectual property rights. Though significant progress has been made in recent years, there is still a significant gap in the enforcement of IPRs in Nigeria and Africa at large.

Trading under the AfCFTA agreement officially commenced on January 1, 2021, subject to negotiations on protocols and instruments of trade. One of such protocols to be negotiated is that of Intellectual Property.

The AfCFTA aims to establish a single continental market where goods, services and people can move, effectively expanding intra-African trade across the continent, enhancing competitiveness and supporting economic transformation of Africa. This begs the question of what the place, role and provisions of IP are in the agreement. Intellectual property rights are generally territorial /jurisdictional, and as such would require participating countries to harmonize their various IP policies to suit the single continental market envisaged under the AfCFTA.

One of the objectives of the agreement is to make the member states cooperate, in the field of IP, among other areas. Further, Article 7 obliges Member States to include IP rights in phase II of the negotiations in order to implement the treaty’s objectives. It is expected that the outcome of these negotiations should produce a robust, standardised and unified IP policy for the AfCFTA to enable creatives and entrepreneurs trading in the single market enjoy extensive IP protection and maximize value by benefiting from the use of IP beyond their national territories.

Accordingly, the AfCFTA Protocol on IP should essentially look towards reviewing and developing, among others, the following areas/issues which have plagued innovation, creativity, branding and generally the IP space in Africa

Africa has a great tradition of innovation and creativity and has extraordinary creative resources but has often struggled to realize their full economic potential.[7] That is changing as there is an increasingly attempt by African economies to add value to their innovative and creative resources through the IP system.[8] IP the world over, including Africa, plays a key role in driving innovation and economic growth.[9]

One of the most intriguing benefits of IP  is its ability to influence investment.[10] An optimized AfCFTA IP Protocol would attract further foreign direct investment and provide the necessary conditions for the transfer of technology. This is evident in the number of investors from Europe and America that invest directly in tech start-ups in Nigeria.[11] The importance of technology in the world, and in Africa’s economy was highlighted by the COVID-19 pandemic. This has, directly and indirectly, increased the need and use of technological products. In such circumstances, IP is also set to assume greater importance. The IPR Protocol can serve as a catalyst for technology transfer, technology diffusion and the economic transformation of Africa’s economy from one that is primary resource-based, to one that is driven by knowledge, information and ideas.[12]

There is no doubt that IP protection plays a catalytic role in inspiring research and development in a country.[13] Therefore, the effective commercialization of IP is indeed a significant stimulus to the economic growth of the AfCFTA single continental market and Africa as a whole if properly managed and adequately protected.

Intellectual property is critical to economic growth and is an key sector that African States can exploit in order to boost their economies. Accordingly, a comprehensive system of working laws that protects ideas of creators is sine qua non to economic growth. The lack of a comprehensive and bespoke IP policy would foster less favourable environment for Creators’ ideas, innovation and inventions, ultimately affecting economic growth. This appears to be the reality of most African countries. While it is imperative for individual African countries to enact IP laws and policies that link property protection to other national imperatives such as trade, economic growth, and competitiveness, the AfCFTA provides an opportunity for the African continent to develop a standardized and unified IP Policy which would be applicable to signatory member countries, upon adoption.

The AfCFTA is a praiseworthy enterprise that has the potential to significantly enlarge and develop Africa’s fiscal opportunities and meaningfully improve the economy of African countries.  Intellectual property protection is however critical to the achievement of the objectives of AfCFTA. There must be adequate and effective protection of the intellectual property rights of the players in the unified and singular market.

Doing Business in Mauritius – Strong Resilience in the Face of Crisis

The Innovations of the 2022 Finance Law: A Review of the Major Fiscal Measures to Broaden the Tax Base and Ameliorate the Business Climate in Cameroon – Part IV

The Innovations of the 2022 Finance Law: A Review of the Major Fiscal Measures to Broaden the Tax Base and Ameliorate the Business Climate in Cameroon