Africa is on the verge of a revolution in the energy sector with substantial resources, progressive legislation, and industry-leading policies and initiatives propelling growth in the oil, gas, and renewable energy sectors. 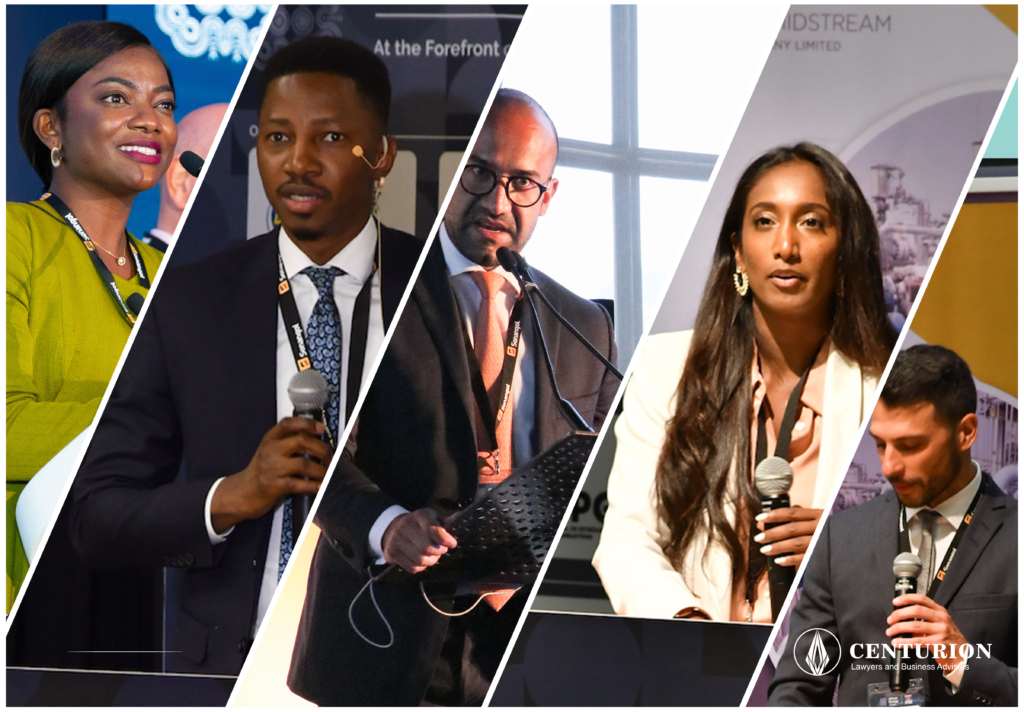 Africa is on the verge of a revolution in the energy sector with substantial resources, progressive legislation, and industry-leading policies and initiatives propelling growth in the oil, gas, and renewable energy sectors. The African Energy Week (AEW) 2021 brought together Ministers from all around the African continent. The Ministers, who represented both established and emerging energy sectors, offered major topics for discussion at AEW 2021 highlighting the importance of oil and gas and making a compelling case for foreign investment in Africa. This article will shed light on several of the discussions that took place during the event.

According to Ayuk, “Cape Town, South Africa, has long been the hospitable home of Africa’s energy industry. They asserted that it was impossible and that it could not be accomplished in Africa, that now was not the time to convene and discuss the difficulties confronting Africans. At the end of the day, it’s about people, which is why we’ve chosen Cape Town as the location for the event. There is no doubt that we will have an energy transition, but it must be just, and we will not apologize for it. While some say we should give up our natural resources, Africa is poised to be the voice of mankind at the moment. As we hold numerous talks in Cape Town, the moment has come for us to unite. We must accept some responsibility for doing better and driving better,”.

To ensure a just and equitable transition to renewable energy sources and to eradicate energy poverty in Africa by 2030, the panel discussed strategies that can be implemented to ensure that sector revenues are reinvested directly in Africa’s renewable energy economy and to ensure that Africa’s transition to a clean energy future alleviates energy poverty. Gracia Munganga, the COO of SustainSolar, presented one of the mentioned strategies. More concretely, she stated that infrastructure is a significant barrier and that there are a limited number of connections, which would be the most cost-effective in the distribution of energy and power. According to former US Special Envoy for the Sahel of Africa, Hon. Dr. J.Peter Pham, Africans must view Africa as a market for Africa.

Additionally, the AEW championed women’s inclusion and participation in the energy business. A round table conversation sponsored by Recon Africa was one of the event’s private panels, which focused on discussions about female pioneers in the energy sector. According to Yolanda Mabulo, CEO and Director of Divaine Growth Solutions, “it all comes down to mentorship – let us mentor our young girls so they are confident in who they are and understand that it is okay to make mistakes because that is how we grow! It’s an opportunity for us to grow – let us not allow them to fall through the cracks that we as leaders of today fell through.” This was in response to a question on how women should improve their leadership talents throughout their careers and traverse the overwhelmingly male-dominated energy industry.

Additionally, the AEW explored how regulatory frameworks may aid in the development of indigenous content and investment. This conversation was moderated by Oneyka Cindy Ojogbo, Director of Centurion Law Group, and focused on regulations which encourage investment as well as the balanced regulatory frameworks necessary to promote local content in Africa’s energy sector. Megan Rodgers, Director and Sector Head of Cliffe Dekker, stated, “There is a need for exploratory efforts to be incentivized through law.” Additionally, Zion Adeoye, Centurion Law Group’s Managing Director, remarked that “The energy sector is fast-changing and regulators must recognize this. Regulators must innovate to assure the industry’s continued viability”.

The AEC created awareness around the “Green Energy Dialogue Initiative”, which was launched in collaboration with the Republic of Congo’s Ministry of Hydrocarbons, Equatorial Guinea’s Ministry of Mines and Hydrocarbons, Senegal’s Ministry of Petroleum and Energy, and the office of German Chancellor Angela Merkel’s special representative in Africa. The initiative represents a watershed moment for the African energy sector establishing new opportunities for enhanced green energy dialogue and paving the way for accelerated investment. The Green Energy Discourse Initiative will be vital for the continent as stakeholders work to utilize Africa’s vast renewable energy resources, create new job opportunities, alleviate energy poverty, and accelerate not just the continent’s but also the world’s energy transition.

One issue raised during the conference was the need for a just and equitable energy transition in African countries bearing in mind that the latter will undoubtedly harm Africa’s economies and oil producers – especially in the short -and mid-term. The transition’s effects, ranging from revenue losses to underinvestment in hydrocarbons, would lead to Africa’s decline. African natural gas has to be recognized as a transition fuel for a long time before it will effectively be able to replace more carbon-intensive fuels like coal. The Deputy Minister of Energy Ghana, H.E. Adam stated that “the change cannot be separated from the objective of ending energy poverty.” “We’ve met at a crucial time. Africa has never had a better chance to chart its course. Our continent produces 6% of the world’s natural gas and 9% of its oil. Moreover, we produce less than 3% of global emissions. So, yes, Africa is the final frontier of energy. Incredibly rich potential. We need a smooth change. Future generations need that we profitably harness our resources to increase access to healthcare, food, and energy”.

This year’s AEW was a huge success and thus, dates for the AEW in 2022 have been already announced by the African Energy Chamber (AEC). More concretely, the AEW 2022 will take place from October 31st to November 4th, 2022, at the V&A Waterfront in Cape Town. The theme will be: “Creating an Enabling Environment for Africa’s Energy Future African energy ministers, global players, and public and private sector executives”. In a nutshell, the AEW 2022 will set up a place, where investors will be introduced to opportunities in Africa to drive the continent’s energy transformation and its associated socio-economic growth. It will build on the transactions done, collaborations created, and relationships cemented during the AEW 2021, and further consolidate Africa’s role in the global energy conversation. Faced with the energy transition, global market fluctuations, and diverted financial channels, AEW 2022 will support enabling settings as a catalyst for increased industry growth and success.