Cracks in the Energy Industry & the Global Political Economy: Using the Global Energy Crunch as a Chance to Change the Status Quo

According to Time is Money, the Financial Times Stock Exchange (FTSE) Index 100, which lists 100 of the largest companies from the London Stock Exchange (LSE), experienced a decline of 1.2% on October 6, 2021, while the LSE was coping with a record low of -2.0%. 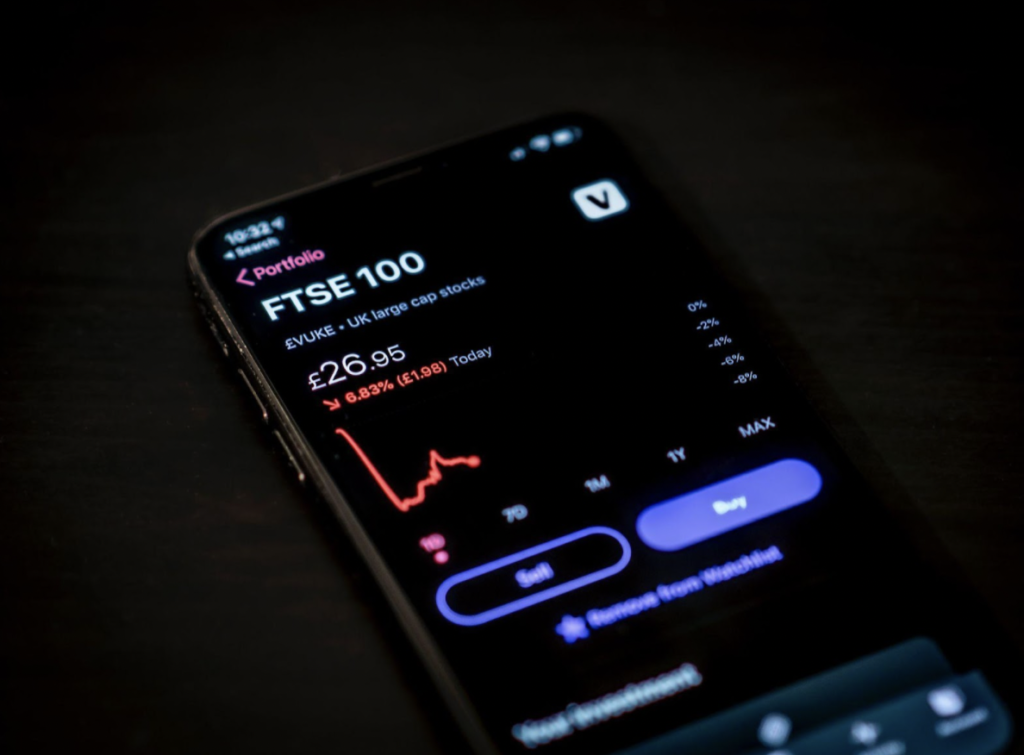 According to Time is Money, the Financial Times Stock Exchange (FTSE) Index 100, which lists 100 of the largest companies from the London Stock Exchange (LSE), experienced a decline of 1.2% on October 6, 2021, while the LSE was coping with a record low of -2.0%. With Time is Money having pinpointed that “soaring energy prices, inflation fears and anxiety over the Chinese economy” have negatively affected global stock markets, it might be interesting to take a further look at the possible impacts of the global energy transition and fuel poverty on the global political economy and vice versa. With gas prices having peaked as the LSE faced declines, one thing remains clear- without investments into renewables, the potential of the energy transition cannot be exploited.

Fuel Poverty in the UK and the EU, Russia Calling?

Last week, UK gas prices surged and spurred fears regarding fuel poverty in the upcoming winter ahead of the COP26 conference in Glasgow, which will emphasize the urgent need to make progress on the pathway towards a net zero. Similar to the UK, the whole of Europe has been witnessing a steep increase in the prices for natural gas as a result of strengthened demand due to loosening COVID-19 measures, tight supply and adverse weather conditions, as the International Energy Agency (IEA) reemphasized. In response to gas prices skyrocketing in Europe as UK stock markets experienced a record low on October 6, 2021,  the Russian President Vladimir Putin offered to increase gas exports to Europe and stabilize the market.

Whereas Russia is Europe’s largest gas supplier (40%) with the Serbian President Aleksandar Vučić having called Putin “the kingmaker” in the energy sector amid the EU Western Balkans Summit, it need not be forgotten that the decarbonization path might knock the wind out of Russia’s sails unless the country makes a hands-on commitment to combating climate change and reaching a net zero in the near future. Especially, because all of Russia’s foreign trade partners have already expressed this ambition, as the Carnegie’s Moscow Center argues, it might be Russia’s time now to get on board with the energy transition.

As Ursula von der Leyen said during her attendance of the EU Western Balkans Summit, the fact that prices for gas experienced another rapid surge proves the ever more important need to focus on investments in renewables in the EU with direct effect. For this winter, von der Leyen proposed that the EU still had sufficient gas reserves. Kadri Simon, the EU Commissioner for Energy, added that working on “a strategic EU gas storage and joint buying” could be a solution, which allows the EU to keep focusing on its ultimate goal of decarbonization without the side effect of catapulting EU citizens into fuel poverty.

Whereas Simon’s suggestion could make sense from a financial and social perspective, more details on the operationalization of such a plan are still missing. Indeed, since the EU might still rely on Russia to execute such a project, it cannot be denied that Russia could use the energy need of Europe as an opportunity to exert pressure on the EU and allow the controversial natural gas pipeline Nord stream 2 to be actualised. However, this is only one side of the coin as one of Russia’s deputy prime minister’s claimed that the approval of the latter project could decrease EU gas prices although several analysts came to the conclusion that this might not be the case. In addition, Russia said that it was going to prioritize its own need for gas.

Next to Russia making headlines as countries have committed to the net zero path, there has been much talk about China’s power crunch and the country’s mounting debt, in relation to clean energy. As CNBC explains, after China’s Yunnan province faced a severe drought which limited the country’s hydropower potential with windpower having sacrificed further levels of energy efficiency and security, China battled with meeting the increased demands for goods from abroad. The current power blackouts in Beijing and Shanghai, which have affected huge companies like Apple and Tesla as well as other businesses and households, show that the transition to renewables might especially be difficult for countries with a high demand for power.

Especially for export-oriented countries with an immense industrial output (i.e. in manufacturing) such as China, which consume most of their energy through their industries, the energy transition might demand solutions to long-standing issues in relation to labour standards. Only last year, China raised international attention, when the country forced Uyghur workers to drive solar power supply chains. Considering the potential growth of future energy blackouts in Chinese factories and homes, workers will need to be effectively protected within factories as well as receive support through adequate wages. With the energy cost coming at the cost of both the private sector and civil society, this might be easier said than done.

In addition, dealing with environmental and humanitarian disasters such as the recent floods in Shanxi province, will demand from the Chinese government that it focuses on increasing its renewables potential, combating energy insecurity and tackling environmental, societal and economic changes to promote a just transition. Beyond adverse weather conditions, food insecurity could soon become a problem in China considering that rising prices for energy will increase the cost of production and considering the current low of the global and Chinese fertilizer markets. After the Chinese government enacted energy consumption cuts across various sectors, warnings about food inflation are tied to both governmental policies, which seek to drive the energy transition, and the consequences of the decade-long reliance on coal.

Ironically, the Chinese government is showing the world that making a serious commitment to the net zero path at home is not only a challenge which developing countries face. However, despite that Xi Jinping promised to not engage in any further coal-powered projects abroad, China most recently imported coal from countries such as Kazakhstan, South Africa, Mozambique, Myanmar and Colombia in order to tackle its own energy crunch. Especially, if one were to believe sources which claim that the majority of lenders behind coal projects in Africa are Chinese, China should take responsibility for promoting a just transition at home and abroad. Considering that Chinese corporations have not always taken local rights and content seriously, including while investing into renewables in Africa, what needs to be prevented is that they use ‘foreign’ energy reserves to fuel their just transition.

While ‘greenwashing’ traditionally involves marketing and investment strategies, which seek to portray a company as environmentally friendly, this phenomenon is not limited to the private sector because the energy transition increasingly demands from state actors to take responsibility for their countries’ energy needs. Consequently, importing coal from other countries – may it be needed to temporarily safeguard livelihoods of citizens or not, certainly has to come with tariffs, not only to highlight the path of decarbonization, but also to prevent that foreign investors and shareholders exploit local energy reserves as they portray themselves as ‘committed’ to the energy transition.

In order to stimulate the global political economy (GPE) while transitioning to renewables, it might be wise to focus investments on research and development as well as on building strong networks to foster the energy transition. These networks should circle around geographic proximity in supply and in knowledge exchange at a global level. Rather than solely focusing on trade as a source of income, partnerships in the energy transition should serve to stock up the domestic capacity of countries to become self-sufficient in terms of energy and beyond. In the light of migration crises and displacement, building a strong renewables sector should be linked to compensating for socio-economic losses. Investments into other very relevant industries such as data and AI becomes increasingly important, because this industry depends on power and could be a vehicle in promoting economic growth.