Mauritius as an Attractive option for the Entertainment Industry 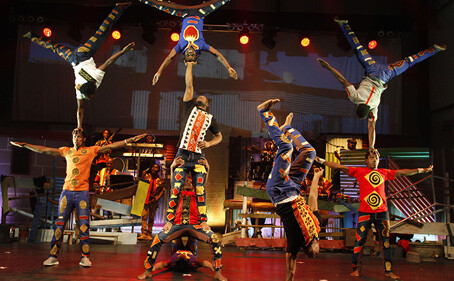 The entertainment industry constitutes a potential component for the economic development of Mauritius, as well as an alternative platform for potential foreign individuals and businesses. The creative / entertainment sector is increasingly becoming a valuable segment contributing to the local, regional and global economies by generating income, jobs and exports, both for the local population as well as attracting foreign investors and entrepreneurs.

Endowed with beautiful scenery, a peaceful location, historical sites coupled with the introduction of the Film Rebate Scheme, Mauritius attracts a large number of operators in the global creative media and film production arena.

A competitive cash rebate of a maximum of 40% on Qualifying Production Expenditure (QPE) incurred in Mauritius makes the country as one of the most attractive shooting locations. The Economic Development Board is entrusted to facilitate film production under the Film Rebate Scheme.

Mauritius has one of the most competitive tax rates in the world (15%) and has negotiated Double Taxation Agreement treaties with more than 40 countries in the world for the benefit of foreign film producers.

Mauritius is one of the most culturally diverse, artistically rich and cosmopolitan nations in the Indian Ocean. The cultural diversity, components of British, French, West Indies among other cultures, gives the country a community spirit of collaboration and enterprise.

In Mauritius, the creative economy is evaluated at 3.5 % of GDP, representing approximately 8-10 billion rupees. Creativity, information and admittance to data are progressively being perceived as incredible motors driving economic growth and development promotion in a globalized world. To bring on worldwide talents to live and work in Mauritius, the country is aiming at a rich and enhanced cultural life thanks to its remarkable blend of populace.

As part of a new UNESCO project, the Ministry of Arts and Culture in Mauritius has formed a National Team to examine the status of the cultural and creative industries sector over the past years, to devise a national report, in consultation with a wide range of stakeholders, on the impact of national cultural policies and best practices to be shared. The main objective of this project is to demonstrate how cultural policies are guiding towards sustainable development. The project officially launched on the 10th of October 2019, will be running through 2021 with various activities including debates on emerging topics such as gender equality in the culture sector, media diversity or artistic freedom.

In this regard, the UNESCO and the Ministry of Arts and Culture have organized a three day training workshop for stakeholders and national team to present the 2005 Convention on the Protection and Promotion of the Diversity of Cultural Expressions. This convention aims at:

Mauritius frequently has the opportunities to hold international sports and leisure events like The Indian Ocean Island Games, officially known as Jeux des îles de l’océan Indien (JIOI), the Indian Ocean Triathlon, MTB cycle tour among others events. To fully support the JIOI taking place in Mauritius in 2019 and other potential up-coming events, the local government has provided the following incentives and facilities: the new National Sports Complex at Cote d’Or, including a stadium, an internationally certified 50m swimming pool and other latest sports trends and equipment, and other appropriate sites organised and Sports Facilities Management Unit to improve maintenance and operation of sports facilities.

Besides a wide range of housing options and university facilities, Uniciti, located in the south-west of the island integrates a full-fledged sports complex that enhance social and sporting opportunities. Opened in 2018, this high-end facility gives to individuals, athletes, coaches and the community as a whole, the necessary framework for the practice of various sports, as well as health, fitness and recreational facilities. The sports center is also a host to a medical & health centre comprising of more than 25 medical and paramedical practitioners. Foreigners coming to live in Mauritius with their children have, as a result, not only access to top-notch education and infrastructure but to sports facilities readily available for the public.

Mauritius is also the first African country to introduce an indicators framework within its national monitoring and evaluation system to quantify the areas in which sport is making a positive impact. Further, the budget 20/21 has made provision of Rs 724 million (approximately USD 18,220,000) allocated to the Ministry of Youth Empowerment, Sports and Recreation to enable the implementation of some key projects in order to achieve the main objectives of the national sport policy.

In 2019, the Mauritius Tourism Promotion Authority organized The World Travel Awards for African and Indian Ocean. More than 600 locals and international guests were invited to this event.

Typical Mauritian events like Divali Celebrations were organised at national level in collaboration with the Zee TV Media (a Hindi Language general entertainment channel owned by the Essel Group in India. It is related to a few other sister channels which offer types of services in Hindi, English and a few provincial dialects of India) on the 2nd November 2018. Leading Bollywood artists and other Zee TV stars performed at this event. A team of 50 people including both artists and TV crew were present in Mauritius for the show. The event was aired live on Zee TV social media platform and TV News which received a cumulative number of over 21 million followers. The programme was also broadcast over 120 countries worldwide.

Mauritius, other than its picturesque view, is a perfect MICE (Meetings, Incentives, Conferences and Events) destination. The island has the infrastructure and resources needed to cater for MICE groups all year round. The quality and assortment of convenience, the meticulousness in administration conveyance, cutting edge conferencing scenes, and the tremendous number of extra exercises on offer all guarantee genuine value for money. Far beyond its various attributes and financial incentives, a VAT Refund Scheme has been implemented to empower the business and entertainment event industry to grapple major worldwide occasions in Mauritius.

Under this Scheme, an event organiser registered with the Economic Development Board (EDB) can apply to the Mauritius Revenue Authority (MRA) for refund of VAT in respect of accommodation costs for events with over 100 visitors staying for a minimum of 3 nights for business meetings, conferences and weddings; the registration has to be done, at least 30 days before the event.

Overall, aside from being a financial business hub, the Government of Mauritius has made considerable provisions to improve the creative, cultural and leisure sectors in order to make it match the international standards while making it a leading and sustainable destination.