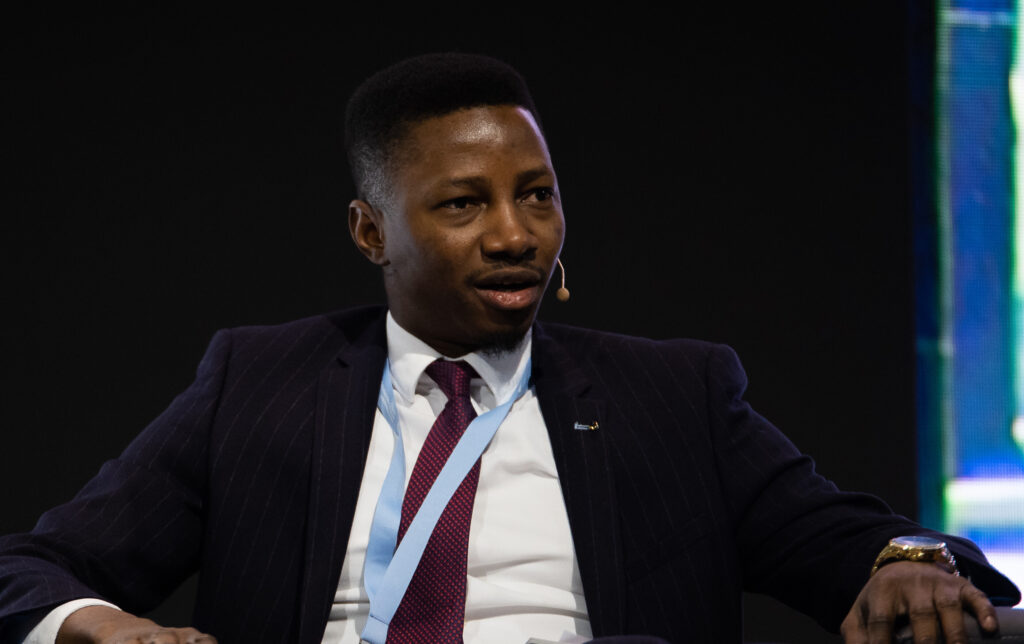 Centurion Law Group’s Senior Associate Zion Adeoye is an oil and gas specialist who has focused his career on energy law and finance. He is the Country Relations Lead for South Sudan at Centurion Law Group. He has been a key legal advisor on over 25 oil and gas investments in 12 countries across Sub-Saharan Africa. Zion holds an LLB from the University of Ibadan, Nigeria and a BL from the Nigerian Law School. He is a member of the Nigerian Bar Association and the Association of Independent Petroleum Negotiators (AIPN). He is currently undertaking an MBA in International Oil and Gas Management at the University of Dundee, Scotland.

No stranger to awards, he was recently awarded an ESQ 40 under 40 Lawyer award at the Nigerian Rising Stars Award, for shaping the future of the legal profession in Nigeria and on the continent. He was significantly involved in the various efforts at amending the Nigerian Petroleum Act and related legislations including acting at one time as secretary to the Petroleum Industry Bill (PIB) Fiscal and Financial Management Syndicate Session commissioned by the Nigerian Federal House of Representatives and advised the Board of Nigeria Extractive Industries Transparency Initiative (NEITI) on the fiscal aspects of the PIB.

We got to ask him a few questions to know him better.

Do you think the current African oil market is adjusting or keeping up with the modern world – enough to play in the same field as America as UAE?

Markets, including the oil market, are significantly driven by demand, and holding a sizeable supply profile. The modern world is in a state of flux in terms of energy demand and supply, whether we are speaking of hydrocarbons or other energy sources.  Africa has the ability, more than ever, to shape the energy world order rather than merely keeping up. With the US increasing its production profile, the inevitability of scientific breakthroughs in Shale within the next decade for other regions of the world which are currently major hydrocarbons markets for Africa, and potential significant shift from fossil fuels in Europe,  there is a risk that many out-bound African projects might be in limbo. unlocking the African market is not just a nice-to-have, it is a necessity.

What would your advice for African markets be?

Africa must bring the strength of its population to bear on the global market. Through centralised and regional efforts, Africa must diversify its economies and empower its people, creating alongside a demand base to be reckoned with globally. While achieving this, Africa must begin to look inwards, create and power industries through its own energy.

The population of Nigeria alone is more than a quarter of the entire Europe. There is therefore a potentially viable market within Africa, which we must begin to unlock as a priority and Intra-African trade must become a top burner to sustain this. The African Continental Free Trade Agreement is a statement in the right direction, but we must begin to see concrete steps that match this statement.

Considering the strides and discoveries that took place in 2019, where do you see the African Energy (oil & gas) market going in the next year: Trends for 2020/2021 and why.

Short of fulfilling the Buridan’s ass paradox, Africa is more than justified to aggressively pursue its oil and gas exploration aspirations. What we have seen in 2019 is just the beginning as I believe many new players will join the wagon within the next 3 years. We have also witnessed the ascendancy of African independents oil and gas companies in African E&P across Sub-Saharan Africa and this is a trend that must continue in other to retain value within Africa.

There’s been a lot of talk about carbon emissions, do you see African completely turning away from exploration and production of oil and moving towards green energy any time soon? Or do you think Africa’s oil industry needs to adjust uniquely on how it defines itself to be more eco-friendly. Contrary to general assumptions, even though accidents continue to occur, the oil and gas industry has significantly improved its health, safety and environment (HSE) profile over the last decade, but admittedly, the improvement falls far short of what scientists have established will be needed to reduce carbon emissions in order to successfully combat climate change.

Drilling down to Africa’s contribution to carbon emissions vis-à-vis its dependency on hydrocarbons revenue, it’s a no-brainer that Africa is the least culpable even while countries like Gabon continue to show leadership on environmental preservation. While Africa must have a coordinated plan in the medium to long term on energy base transition and also to achieve zero-flare status in its oil and gas industry, China and the US continue to significantly dominate the global emissions profile and more meaningful cuts will have to come from these countries. China and the US contribute about 40% of global fossil CO2 emissions.

Africa certainly needs a further ramp-up period to grow its industries to achieve a level of economic security at which point a whole-scale energy-source shift will be feasible.

What are your views and predicted operating implications or wins, regarding the recently announced Nigerian Deep offshore and Inland Basin Production Sharing Contract (Amendment) Act 2019?

The new Act codifies the Nigerian government’s position on lingering issues relating to Nigerian deep offshore and inland basin PSCs, especially the fiscal terms. While investors will make a judgement on whether the terms are fair or favourable for investment, clarity and certainty through legislative enactment is always a welcome development for investors.

You were one of the legal advisors that drafted, negotiated and advised on the Exploration and Production Sharing Agreement (EPSA) for the B2 Block signed this week between South Sudan and South Africa. What made this deal the deal of the century for the two countries?

To retain significant oil and gas industry value within Africa, a good number of oil and gas deals must have African players at both ends of the table. Having two African countries successfully complete a deal such as the Block B2 acquisition, goes one step ahead in my opinion as the local content imperatives of both countries will be afforded full expression. Also, for South Africa and South Sudan, the upstream and downstream synergy potentials on the deal is huge and perhaps a worthy model for cementing of relations between African nations.

You’ve worked on some of Africa’s most significant Energy deals and top matters. Where have you seen sustained impact and what can other countries/ministries learn?

I am passionate about the African oil and gas industry working for Africans, not only in terms of revenue generation, but also in terms of other KPIs such as energy availability for African industries, engagement of the local private sector across the oil and gas value chain and the development of technical capabilities. I have seen significant efforts across board with increasing involvement of African players on these KPIs but a lot more is needed.

In terms of scaling up technical capabilities where significantly more impact is required, I believe more opportunities must be afforded to the local private sector players in Africa, because, let’s face it, skills and capabilities are neither gender nor race exclusive. There is an all-but-scientifically-proven standard amount of formal education, practical experience and financial resources required to ramp up to the desired level of capability on any given project. Perhaps regulators will have to be more scientific in aggregating these three elements and making them available to local players.

What do you wish you had known about the legal profession before becoming an attorney?

Simply put, the importance of the legal profession to African economic development. I would argue that many African countries would have been better-served by being afforded sound legal advisers at the deal table than peace-keeping soldiers and foreign aid.