Centurion’s participation in the Africa Oil & Power conference is not only a strategic one, but one that demonstrates the group’s Pan-African, Pro-African approach. Centurion CEO, NJ Ayuk was a panelist and speaker at this year’s AOP conference. Centurion also had its own stand at the very first AOP exhibition. 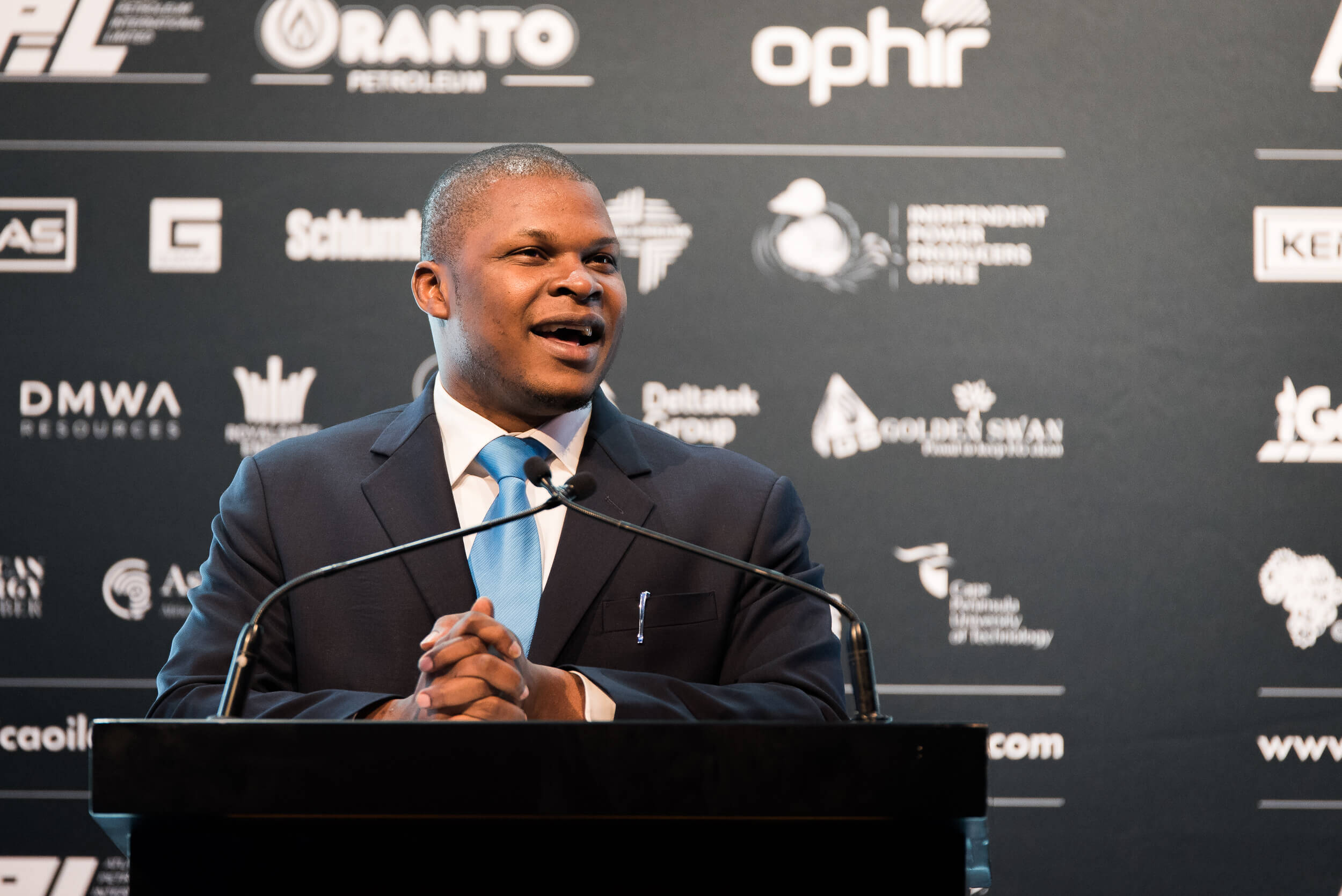 The conference theme Energy Coalitions opened the door to discussions on collaboration between the public and private sectors, new government partnerships, alliances between the petroleum and power sectors, and more.

At the end of the first day of AOP 2018, Mr. Ayuk announced the Big Five Energy Awards recipients at a gala dinner held exclusively for ministers, secretaries general and delegates attending the conference. The award ceremony honored industry leaders who have excelled in the field the previous year, and included a Lifetime Achievement award presented to Prince Arthur Eze, Chairman of Atlas-Oranto Petroleum and an Africa Oil Man of the Year award presented to H.E. Mohammad Sanusi Barkindo, Secretary General of OPEC.

Mr. Ayuk was also part of a panel discussion on Public-Private Partnerships on the last day of the conference, which looked at institutional support for local content development, its legislation, private sector relationships with government and the participation of the private sector in public projects. Centurion’s CEO launched his book, Big Barrels, in French, Spanish and German at AOP 2018.

Go to our Knowledge Center

Get the latest from Centurion

Akindele is Tax Coordinator, Africa at the Centurion’s Africa Tax Desk. He has over a decade experience as a chartered accountant and tax expert providing audit, financial and tax advisory services to organizations in the Energy and Oil & Gas industries in Nigeria and some other African countries.

Prior to the current role at Centurion, Akindele has been leading as a partner of PW Consult. He has been leading the team of chartered accountants providing professional service to organizations operating in a wide range of industries including Oil and Gas. Prior to this, he practiced audit at KPMG Professional Services, Lagos providing audit services to organizations in the Oil and Gas industry.

Akindele holds a bachelor’s degree in Accounting from the Obafemi Awolowo University, Ile-Ife, Osun state.  He is a member of the Association of Chartered Certified Accountants (ACCA, UK) and Institute of Chartered Accountant of Nigeria (ICAN, Nigeria). He believes strongly in self-development and in addition has attended a few courses in recent time including ‘Building, leading, and sustaining the innovative organization’ at the Massachusetts Institute of Technology (MIT) – Sloan School of Management, USA and ‘Mastering competitive and blue ocean strategy’ at the Lagos Business School, Lagos, Nigeria.

With over a decade of hands-on international investments experience, Keseena is a powerhouse for Africa-bound investment structuring. She has advised a cross-section of institutional, government entities and private investors on business structuring within Africa and is a household name in energy sector investment.

Her deep understanding of the whole gamut of African financial markets, her familiarity with the overall corporate needs of an organizations investing in Africa with respect to corporate and tax structuring places her at the pinnacle of investment relevance.

Keseena sits on the board of a plethora of local & international companies having a presence in Africa and comes with over a decade of experience in advising high-worth investors on the fiscal security of their organizations.

An “out-of-the box” legal thinker with ability to devise legal and financial solutions to unique fact situations, Keseena has a proven track record of providing accurate and effective legal and general investment advice; and of adding value to organisations through the development of comprehensive attention to help mitigate risk and enhance the businesses of our clients.

She is also an asset in the corporate/investment industry with the legal and commercial aspects of international contracts, international corporate framework, fiscal management, contract management and investment risk assessment. She is also well versed in the OHADA, CEMAC laws and regulations and continues to advice on key sector investments in all African regions.

Mr. Andah started his legal career as state counsel, rising early to become Assistant Director of criminal prosecutions and Litigations. He joined Shell Nigeria Development and Production Company (SPDC) as legal adviser and contracts draftsman in 1989. He was the pioneer Head of Tax in SPDC. He did his first expatriation to Shell Expro, UK and Shell International (SIPM) in the Hague in The Netherlands in 1995 to returning to Nigeria in 1997.

Mr Andah was also head of Shell Africa Oil Products Tax from 2004 to 2007, based in Nairobi Kenya, responsible for Shell downstream Africa tax in 30 African countries.

On leaving Shell, Mr Andah relocated to London, as the International Tax Manager for Sub -Sahara Africa, with Baker Hughes UK Limited. He returned to Nigeria and joined Ernst & Young (EY) as the Partner responsible for oil and gas tax services.

Mr Andah is a graduate of the University of Lagos and also holds a master’s degree in law from the same institution. He was called to the Nigerian Bar in 1980. He is a Fellow of The Chartered Institute of Taxation of Nigeria and an associate of the Chartered Institute of Arbitrators, United Kingdom and Nigeria. Andah is also an alumnus of the Harvard University Comparative Tax Policy and Administration program. He holds a Post Graduate Certificate in Business Administration from the University of Aberdeen and an MA in Taxation from the University of London’s School of Advanced Study.

Mr Andah’s legal and tax journey has seen him pioneer the setting up of tax practices and has coached and mentored several tax persons and practitioners, who occupy strategic tax positions in multinational companies as well as with the Big- 4/5 consulting firms globally. Mr Andah continues to encourage and engage with young and aspiring lawyers and accountants who are interested in taxation. He has continued to engage in thought leadership and is an Examiner of a UK based taxation body. He belongs to several fiscal study groups and is a member of UK based Chatham House.