With Internet access and technologic advancement on the rise in Africa, the business sector is seeing the emergence of new industries. 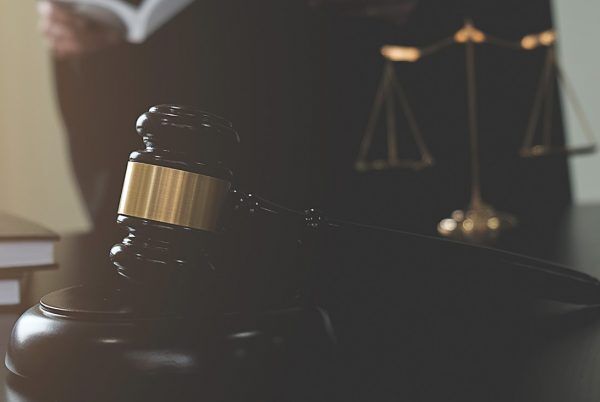 Mauritius has been consistently recognized as the easiest country in Africa to do business across the region. The development of its financial sector is a major contributor to the success of its economy, by providing higher value added financial services. The ability of the economy to develop in this way can be contributed to the institutional regulatory frameworks, that serve to facilitate business rather than placing bureaucratic obstacles in the way as is in the case of many African countries.

In order to simplify the framework to conducting business, major reforms have been introduced since 2006. By reforming and simplifying regulations regarding trade, investment, tariffs and income tax regulations, they have created an attractive foundation for those wishing to conduct business in the country. This has supported the development of successful legal and commercial infrastructure, providing the basis for Mauritius being considered one of Africa’s most successful economies.

In order to regulate companies in Mauritius, the Companies Act of 2001 is implemented and ensures international best practices, promotes accountability, openness and fairness. The Commercial Division of the Supreme Court that was established in 2009 should be considered as a welcome step in expediting the often-convoluted processes of the settlement of commercial disputes.
Contracts are legally enforceable and binding on the parties signing the contracts and, ownership of property is enforced with the registration of the title deed with the Registrar-General and payment of the registration duty. The judiciary is independent, and the domestic legal system is generally non-discriminatory and transparent.

The attractive tax system in Mauritius is another incentive to doing business there; the low tax jurisdiction fixes corporate and personal tax income at 15 percent and allows for free repatriation of profits, dividends and capital, this encourages local and foreign companies to set up businesses knowing that they will not face exorbitant taxes. Additionally, Mauritius is party to 37 tax treaties. This vast network of double taxation treaties grants protection of wealth against uncertain political and economic conditions that are often prevalent in the region.

Kenya has a market-based economy that was considered the economic giant of East Africa for years before the growth of Ethiopia’s economy. Most recently, the Kenyan technology sector became one of the fastest business sectors in Kenya, and Internet access rates are some of the highest in sub-Saharan Africa, thus influencing growth in e-commerce and other e-based services and innovation.

The tourism sector in Kenya is one of the most diverse in East Africa with increased investments in conference, eco and leisure tourism. If developed and maintained, the tourism industry can push a significant number of developing nations to higher levels of prosperity.

The advances in technology are the most exciting aspect of the Kenyan economy. After proving to be the technological hub, the Kenyan capital city, Nairobi has been dubbed the ‘Silicon Savannah’. In this sense, Kenya is leading Africa into a new direction, re-writing trends in business and investment. Kenya has recognized the role modernization plays in the globalization of developing countries.
The city of Nairobi has been transformed into a technology epicenter where mobile banking is common and 3G Internet is affordable. This sector continues to provide vast and diverse opportunities, which are sure to motivate investors to bring their business to Kenya.

The Kenyan regulatory system is relatively transparent and continues to improve. The digitalization of business registration licensing systems increases transparency of procedures and reduces corrupt behavior. As a member of the East African Community (EAC), the country generally applies EAC policies on trade and investment.

Kenya’s liberalized economy with the free flow of trade, foreign private investment and limited controls on foreign exchange, combined with the emergence of a middle class, the discovery of commercially viable hydrocarbons, vast renewable energy potential, strategic geographical position and efficient transport links. It is no wonder that Kenya is often considered East Africa’s anchor economy.

In terms of the promotion of business enterprises, Ghana’s abundant resources, stable democratic system and dynamic economy undoubtedly make it one of Africa’s leading jurisdictions. This is further consolidated by a growing middle class and an animated start-up scene. The country presents a myriad of opportunities for entrepreneurs, most notably in telecommunications, financial services, real estate, industrial and the services sector.
The Ghanaian oil and gas industry has seen an increased international interest since its confirmed discovery of commercially viable offshore oil reserves in the country. The services sector and companies from various sectors are also anticipating economic growth.

Businesses flourish when the expansion and development of business activities creates positive competition among both established and new businesses. Ghana, through the GIPC and other agencies, is characterized by accelerated growth in public and private business enterprises. This growth breeds healthy competition and makes Ghana one of the most competitive places for business in Africa and this is a good investment prospect for local and foreign investors.

Transparency of the Regulatory System

According to the Ghana Country Commercial Guide on legal regimes, as a government agency, the GIPC under that GIPC Act is responsible for encouraging and promoting a clear and transparent foreign investment in Ghana. The GIPC regulates foreign investment, portfolio investment and other securities traded on the Ghana Stock Exchange. The GIPC Act also specifies areas of investment reserved for locals, delineates incentives and guarantees that relate to taxation, transfer of capital, profits and dividends and guarantees against expropriation.

The drive to accelerate promotion of both local and foreign business activities is leasing to less bureaucratic and more efficient procedures and operations of businesses. Although still not without issues of corruption, decreasing bureaucratic hurdles ensures a more transparent handling of business-related issues by the officials responsible.

Namibia is not often on the table when discussing the best countries to do business with in Africa; however, it has a lot to offer. Aside from it benefitting from a political environment and well-developed infrastructure, Namibia’s legislative and fiscal environment is tailored to foster growth and prosperity, which are strong reasons for investing in the country.

Given an increasingly protectionist global trade environment, it has become even more important for countries to recognize the mutual benefits of free trade. Namibia boasts membership of key economic and trade communities; its strategic position next to two economic powerhouses; South Africa and Angola, means it forms part of the Southern African Customs Union (SACU), affording it duty and quota-free access to various Southern African countries, while Cotonou Agreement gives duty free access to the European Union for a wide range of manufactured and agricultural products.
In both fiscal and non-fiscal terms, Namibia represents an ideal location for local and international investors. It has highly sophisticated and developed commercial banking sector that is comparable with the best in Africa and is credited with one of the lowest credit risk ratings in Africa, due to competitive incentive regimes.

Namibia encourages foreign investment to help in the development of the national economy for the benefit of its population. The Foreign Investment Act guarantees equal treatment for foreign investors and Namibian firms, including the possibility of fair compensation in the event of expropriation, international arbitration of disputes between investors and the government, and the right to remit profits and access to foreign exchange.

Transparency for the Regulatory System

The Competition Act of 2013 establishes the legal framework to ‘safeguard and promote competition in the Namibian market’. As a result, the legal and regulatory framework promotes competition while simultaneously protecting prospects for Namibian-owned businesses and recognizing the role of foreign investment.

Botswana’s unique selling points stem from its attractive features on terms of business development; it does not have foreign exchange controls and it is a low tax regime. This, combined with its strategic geographical positioning, makes it an attractive destination for local and foreign investors.

Due to its geographical position, Botswana provides investors with preferential access to the entire SADC market place, which accounts for around 292 million people, duty-free, quota-free access to the EU market as a result of the recent European Union-SADC Economic Partnership Agreement. These agreements provide strong incentives for any investors contemplating Botswana as lieu of business, by expanding their access to a larger marketplace.

The lack of foreign exchange controls and restrictions on capital outflows from financial institutions help to facilitate investor activity, while low levels of taxation serve as an incentive to investment. Botswana’s position as a free market and investor friendly economy has been consolidated by fiscal changes to the taxation regimes, taxes are very low at 15 percent for manufacturing and international finance service center companies, 22 percent for other businesses and 25 percent for individuals. Botswana also allows for remittance and repatriation of profits and dividends.

Streamlined Regulation Practices are key to ensuring investor protection and the country benefits from the establishment of an investment and trade center, financial services center, financial intelligence agency and a competition authority to name a few. The implementation of practices to guarantee investor protection, backed by the fact that Botswana is a signatory of the World Bank’s Multilateral Investment Guarantee Agency and other agreements, has allowed or a competitive and accessible investor market.

It seems that the importance of ensuring the protection of investors has not been lost on Botswana. In the current socio-economic climate, investors are often skeptical, thus providing adequate protection to investors serves to alleviate some of those fears. Botswana’s attractiveness lies in the fact that it is an investor friendly economy.