The Case for a Domestic Gas Industry in Cameroon 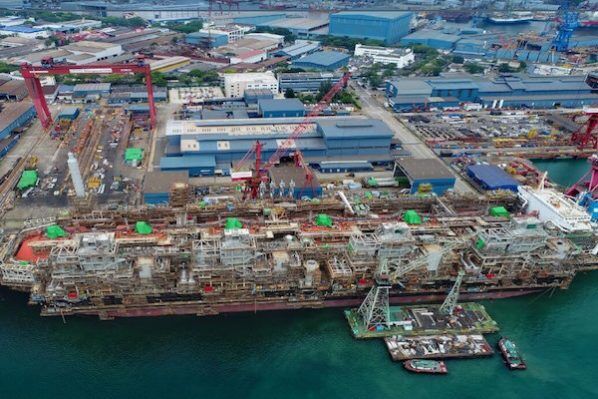 Op-ed contributor Elias Pungong makes the case for revising Cameroon’s gas strategy. The opinions stated in this paper are those of the author. This article was originally published in Cameroon Business Today.

The Cameroon LNG project, which was the cornerstone of Cameroon’s gas monetization master plan, has now been suspended by ENGIE (formerly GDF SUEZ), with little prospect of revival in the short-term. Though the project seems to have been replaced by Golar LNG’s Hilli Episeyo floating LNG project, this development has thrown the Cameroon gas space into some uncertainty. There is now a very strong case for the entire sector to be reviewed and reformed. It is time for a fundamental rethink of Cameroon’s gas monetization policy. This article contains some ideas as to how this could be achieved.

Goldman Sachs has estimated that more than a trillion dollars of planned hydrocarbons development projects (not just exploration) were postponed indefinitely due to low oil prices up to this year. Exploration activities, unless obligatory or synergetic to existing production operations (i.e. low risk, quick to commercialize due to existing infrastructure) are nearly non-existent anywhere outside low-cost proven basins.

Globally oil production capacity exceeds demand by several million barrels of oil per day. Prices are soft. Producers have the ability to respond rapidly to minor upturns in prices and predictably oil prices are expected not to climb to the heights we saw pre-2016, for the coming years. Even if some could argue that this prediction is very pessimistic, it is important to note that the hydrocarbons industry has resigned itself to a long-term low oil price environment.

This imbalance focuses producers and marketers on the impact of efficiency to maintain margins. Every aspect of their operations are being scrutinized and adjusted for maximum efficiency to maintain margins. As a consequence less efficient producers will lose their place in the market. Bureaucracy, corruption, taxes, currency regulations, employment regulations, infrastructure deficiencies, and contractual terms are all factors to be considered when assessing the efficiency of capital deployments.

Globally, the supply of LNG is behaving similarly. Large natural gas development projects in Australia, East Africa, the Middle East, and the United States Gulf Coast are coming on stream, crowding the market and lowering prices. Most production is still sold under longer term supply contracts but, increasingly, spot or short-term agreements are more common. Sixty percent of all LNG is now traded on a short term basis versus five percent a decade ago, adding volatility to the market. Asian LNG spot prices now stand at $7 per million BTU compared to a record high of $20 in February 2014.

“The best place to find oil and gas is where it has already been found.” Some geological basins have a better history of success than others. Cameroon has not proven to be as rich in hydrocarbons as have some of its neighbours.

Contractual terms can provide incentives to offset the risks of exploration by providing for additional reward. Countries that want their resources developed are in global competition for the interest of companies with the technology and capital to develop those resources. It seems that Cameroon is drastically falling behind as a destination for hydrocarbons exploration. I would recommend that our contractual terms should be revisited to ensure that Cameroon continues to be competitive compared to countries with similar profiles and history.

Furthermore, based on existing contracts, the Cameroon government take from oil production is around 70 percent, which looks quite high compared to other countries. Perhaps we should also be looking at how to make this more competitive.

Based on the above, it looks pretty clear that contractual terms alone are not going to stimulate exploration in the foreseeable future.

The national oil company of Cameroon, Société Nationale des Hydrocarbures (SNH), has just launched yet another licensing round, calling for international oil companies to explore advertised acreage. It must be noted that a majority of these blocks had been advertised in the past, with little or no interests shown by any of the major oil companies, in spite of significant investments by the SNH and the government of Cameroon. Since then the oil price environment significantly deteriorated and the laws and main actors in Cameroon did not change, but we are hoping that companies would be interested in investing in these same blocks. I am predicting that, everything being equal and without fundamental changes as recommended here, the SNH should not expect different results to previous licensing rounds.

In Cameroon, geology has limited the potential for oil production. The old model of hydrocarbon extraction and export for hard currency still operates, but the economic returns to Cameroon for its depleting resources are poor. Investment to replace those depleting resources is not forthcoming. In Africa, basins with better historical exploration results will see investment first.

East Africa is also providing investors with much better exploration opportunities. The same can be said about the transform margins in West Africa around Ghana, Côte d’Ivoire, and now Senegal and Mauritania. Southern Africa is waking up as well to oil exploration, with some ground breaking exploration wells planned to be drilled later in 2018.

Natural gas resources are abundant in Cameroon, but a focus on oil extraction and export has stifled development of natural gas resources. And there has been no incentive to develop natural gas, as there are few or no opportunities to monetize the resource when it is found. It is simple logic that until anyone knows exactly where and how much their product would be sold for, they will have limited or no incentive to invest in its development and production.

Cameroon’s late entry into the LNG marketplace at a time of rapidly changing supply and demand dynamics means increased price competition for a depleting resource. Cameroon’s limited proven natural gas reserves are being exported for little economic benefit to the country and its people. The value of natural gas at the wellhead when sold for processing to LNG does not encourage new exploration. This is evident by the current state of the sector.

But, a growing domestic demand is a market unto itself, albeit a more limited market, but one with greater ancillary benefits than export for hard currency. Allowing proven natural gas reserves to be used to satisfy domestic consumption can create industrial and infrastructure development in the country within a very short space of time, promote employment, reduce imports, and create a sustainable demand that will stimulate exploration investment for the replacement of this continuously depleting resource base.

Creation of market opportunities and resource availability for development projects is a logical and viable incentive for the country to provide investors. The country will attain the highest value for its resources, create a sustaining infrastructure for hydrocarbons development and distribution, create employment, and promote investment for exploration of additional hydrocarbon resources.

The competition for capital is global. A highly bureaucratic, restricted business environment will not be rewarded with investors. The investor that does come requires a higher rate of return, never fully commits to the venture, and takes advantage of any momentary opportunity, focusing on the moment because the window may close, rather than looking at long-term growth and development.

Domestic utilization of Cameroon’s natural gas could include gas to power, gas to fertilizer, compressed natural gas (CNG), scalable gas to liquids (GTL), small-scale LNG and more. As we can see, technology has significantly progressed in the gas monetization sector and Cameroon needs to take this into consideration as it prepares to move into the next phase of gas development. The good news is that this is already happening. Cameroon is the first country in sub-Saharan Africa to have a floating LNG project, which is at the very cutting edge of gas industry technology. I would hope that this bold move would be followed by the uptake of some of the domestic gas utilization methods named here.

It is time for Cameroon’s gas master plan, which dates back more than a decade, to be completely revamped with a focus on developing the local gas market and driving Cameroon towards a liberalized gas economy. Furthermore, this revision must also take into consideration recent technological advances in various areas of gas utilization, mainly around scalable GTL, LNG and CNG. This would usher in huge benefits, but above all, encourage investment in this dwindling sector in order to replace depleting resources.

Leading a ‘Just’ Transition in the African Green Hydrogen Market: Prospects for German-South-West African Cooperation and Beyond