A business forum held in-country sought to apprise investors of the numerous business opportunities the country and enlighten them on the steps taken to ensure political stability and in-country security. 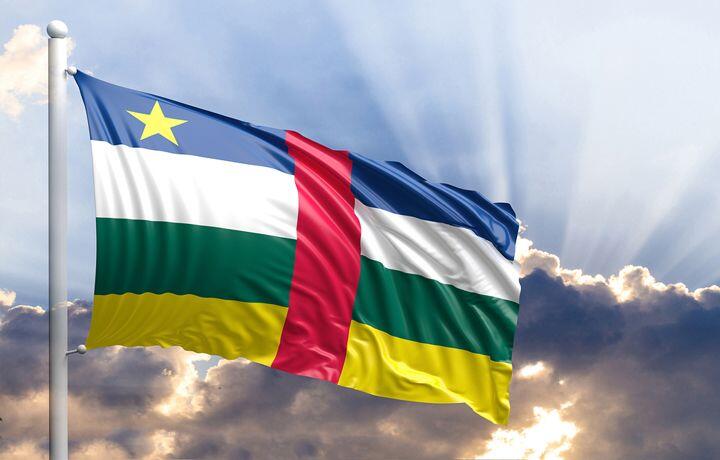 The government of the Central African Republic (CAR), in partnership with the International Finance Corporation (IFC) and the European Union, successfully organised the first-ever CAR Investors Forum held in the country. The forum, which took place at the Ledger Palace Hotel in Bangui from November 8-9, was chaired by the Head of State, President Pr. Faustin Archange Touadera and included the participation of prospective investors from all over the globe.

The CAR is a landlocked country with over 5.1 million inhabitants, spread over a national territory of 623,000 square kilometers. It is known as one of the poorest countries in the world. The World Bank Group’s 2016 Doing Business Report ranks the country 184th out of 190 countries in the world for ease of doing business. This lamentable economic record is a result of sporadic civil wars and political instability that have befallen the country over the past decade.

However, following the end of the civil unrest, and the effective occupation of conflict areas by the local forces and the United Nations Multidimensional Integrated Stabilization Mission in the Central African Republic (MINUSCA) in 2015, the country’s newly elected democratic regime hopes to boost economic growth by creating an enabling business environment for foreign and local investors. The Forum, therefore, sought to apprise such investors of the numerous business opportunities the country possesses and inform them on the steps taken to ensure political stability and in-country security.

The CAR presents numerous business opportunities for investors in diverse sectors. Most of these opportunities can be pursued under the framework of Public Private Partnerships (PPPs) or Foreign Direct Investment (FDI).

Natural Resources: The CAR has abundant natural resources. It is known for its gold, diamonds, manganese, uranium, iron, oil and gas, coltan and ancillary minerals. The government, through the Ministry of Mines and Geology has made public projects for the exploitation of iron and related minerals in the Dekoa-Bougoyo area; manganese in the Boali area; alluvial diamond in the Ndassimma, Bakouma, Bogoin and Bobassa localities; and oil and gas in several basins in the country. In addition, there is also the project for exploitation of uranium in the Bakouma locality.

Telecommunications: The country currently has five telecom operators providing GSM and internet services to households and companies. But there is still much to be done in the sector, as only 19.17 percent of the population has access to coverage. The Ministry of Post and Telecommunications seeks investors to participate in the installation of an international optical fibre backbone to connect the existent local optical fibre network to the regional network. There is also the need to invest in the development of the national optical fibre network and ensure better coverage by implanting a 4G GSM exploitation network in Bangui and a CDMA I network in the other divisions of the country.

Power: Per the 1972 Electrowatt studies conducted in the country, the CAR currently has a 2000MW hydroelectricity potential and a 5KW per square meter capacity for solar energy throughout the national territory. Yet only 18MW of energy is developed from hydroelectricity sources and 15MW from thermal electricity. An estimated 10 percent of the country’s population has access to electricity. The Ministry of Energy Development and Hydraulic Resources presented over 15 projects in the power sector requiring financial and technical participation of foreign firms. Amongst these are: the project for the maintenance of the LOBOYE hydroelectricity damn; the project for the construction of a hydroelectric power plant and its associated transport network in the Dimoli area; the project for the electrification of 100 localities through solar photovoltaic in some localities. As noted, some of these projects can be executed under the framework of PPPs. However, IPPs are free to negotiate deals directly with the government and independently develop projects.

Agriculture & Forestries: The Ministry of Agriculture and Rural Development says the country has 5.4 million hectares of dense forest with all types of wood available for exploitation. In addition, there are opportunities for the development of coffee in the Bagandou area and for plantation, transformation and commercialisation of palm oil in the forestry zones of Sangha-Mbaéré, Mambere-Kadei, Lobaye and Mboumou, amongst many others.

Infrastructure Development & Housing; The current road network of the CAR is 25,000 kilometers, including national, regional and rural roads, and only 855 km (3.42 percent) of this is paved. There is a dire need to link the different regional centres to rural production areas and rehabilitate urban roads. The country plans to create roads to liaise its capital with major cities in Cameroon, Chad, Sudan, South Sudan, the Democratic Republic of the Congo and the Republic of the Congo. There are also projects to construct modern bridges, a dry port and to provide public housing for the local population in targeted areas.

Last but not the least, there also exist opportunities in banking and financial services, insurance, mobile money and tourism.

Over the past year, the Touadera administration has sought to put in place a comprehensive set of laws and economic measures aimed at improving competition and liberalising key sectors of the economy. The CAR is a Member State of the Organisation for the Harmonisation of Business laws in Africa (OHADA) and the Economic Community of Central African States (CEMAC). Thus, all regulatory instruments enacted by the legislative bodies of these institutions apply in the CAR.

The CAR Investment Charter (Law n°01-010 of the 16th of July 2001) lays down a general framework for carrying out business activities by large corporations as well as SMEs in specific domains, notably: transformation of plant or animal products, manufacturing, energy production, construction of social and industrial housing etc. The Investment Charter guarantees free exercise of economic activity by any person; prohibition of expropriation, nationalization or requisition from a foreign company; guarantees freedom of hiring and dismissal of local employees in accordance with legislation and free transfer of funds for the payment of outdoor supplies and services; dispute settlement, etc. The government is currently making amendments to the investment charter in a bid to make it more investment friendly and boost its complaisance with contemporary standards.

Several laws have been also being enacted to regulate the conduct of business activities in different sectors. The extractive industry is governed by the 2009 Mining Code (law 09.005 of 29 April 2009) and its Decree of application (Decree No. 09.126 laying down the conditions for application of law No 09.005 of the 29 April 2009). This Code is also under revision and a new Mining Code may be enacted before the end of 2017. There is equally a Petroleum Code (Ordinance n°93.007 of the 25th of May 1993) which regulates the prospecting, research, the exploitation and transport of hydrocarbons by pipelines in the territory of the Central African Republic.

The telecommunications sector is governed by the Law of the 12th of October 2017 on Electronic Communications.

Business activities in the power and energy sector are submitted to the Code of Electricity (Ordinance Number 05.001 of the 1st of January 2005) and its decree of application. This legislative instrument which liberalised the energy sector is complimented by other local and international instruments. In this light, it is worth noting that the CAR has signed and ratified the Kyoto Protocol, the Convention of the African Energy Commission.

The government has also created a couple of regulatory institutions to aid investors in setting up and conducting business. Amongst these are the: One Stop Shop for Enterprise Formalities (Guichet Unique de formalites des entrepirises GUFE-RCA) and the Mixed Framework for Business Improvement (Cadre Mixte de Concentration pour Amelioration des Affaires (CMCAA).

The Ministry of Finance and Budget oversees the taxation and customs system. Its principal mission is to develop a financial system which is apt to support the economic growth through an efficient allocation of resources and to optimise a taxation system that encourages private investment initiatives. The corpus of laws which regulate taxation of business activities include: the General Tax Code (GTC); the Registration, Stamp and Curatorship Code; Tax Treaties; Fiscal provisions of the Investment charter; The Code of Tax Benefits; the tax provisions of the Petroleum Code, the Mining Code and the Radioactive Minerals Act; and the annual Finance Laws which lay down specific taxation mechanism for business operations for each finance year.

Under the general regime laid down by the GTC, corporate tax in the CAR is imposed at a standard rate of 30 percent. Companies engaged in agricultural activities and products are however subject to a reduced rate of 20 percent for corporate tax. The VAT rate in Central African Republic stands at 19 percent. Withholding tax is applicable on dividends and interests paid to both resident and non-resident companies in Central African Republic at 15 percent. PIT for employee’s monthly gross remuneration is also taxed at 15 percent.

Regarding customs framework, the country ensures the application of moderate rights in the harmonized part of the common external traffic CEMAC. Specific codes make emphasis on goods or activities that may be exonerated from customs duties in the energy, oil and gas, mineral exploration and agriculture sectors.