Fighting illicit financial flows in Africa is vital to ensuring that development resources remain within the continent. 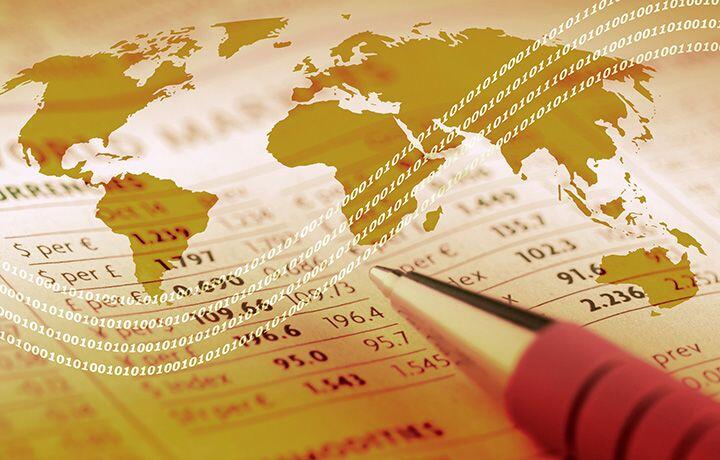 It is widely acknowledged that financing development opportunities in Africa has proven to be complex and difficult on account of numerous factors, and this cycle of economic and financing uncertainty has positioned African host countries at a strong disadvantage. Africa’s leaders are faced with the urgent need to bridge the gap in various of its sectors. And for Africa to achieve its vision — whether it be in respect of its energy, infrastructure, health or other sectors — national and global financing arrangements must be reformed, implemented and maintained.

Successful financing for development depends on a state’s ability to reconcile public spending with the desired social and economic investments with a view to enable their economies to grow and develop to their full potential. Governance and structured policy frameworks hence play a vital part in achieving this goal.

Governance lies at the heart of addressing development challenges on the African continent, and accordingly, encouraging good governance in the tax and financial sectors and establishing concrete measures which could be taken to further promote the principles of good governance in tax and finance, including transparency, fair tax competition, accountability and exchange of information is imperative to achieve financing for development.

A major barrier to achieving this along with social, economic and political progress at many levels, is the prevalence of illicit financial flows (IFFs), most commonly defined as cross-border movement of money that is illegally earned, transferred, and/or used.

IFFs flowing out of Africa have become a major source of concern, given the scale and negative impact such IFFs have on Africa’s development and governance objectives. Even though it is difficult to acquire accurate data on and ascertain the exact magnitude of all financial transactions in Africa, it is estimated that illicit financial outflows from Africa should be in the region between USD $50 to USD $60 billion per annum. This equates to USD $1trillion in illicit flows over the last 50 years, a total which is said to be the equivalent of, if not higher than, all of the official development assistance received by Africa over the same period of time, according to US-based research body Global Financial Integrity (GFI).

The main drivers for such IFFs are said to be tax evasion, theft, corruption and criminal activities, including drug trafficking. One of the biggest culprits is the mispricing of trade services by multinational companies. It should be noted that the financial sector is also one of the most common channel for illegal financial flows, largely due to the interconnection between domestic and international financial systems, which provides a wider geographical space through which illicit financial assets are displaced and laundered.

This problem is so huge, that in order to reduce these IFFs, there will need to be good tax governance and strong cooperation between governments, parliaments, judicial systems, including law enforcement agencies and tax authorities, the private sector and civil society. The solution must be comprehensive.

By way of introduction, São Tomé and Príncipe is an island country of Central Africa located off the coast of Gabon. Its economy is mainly based on tourism and, more recently, on infrastructure. Although its long-awaited oil boom did not materialise as anticipated and low government revenues would not yet be able to free São Tomé from international aid in the form of grants (especially from Asian countries) or concessional loans (IMF, World Bank), São Tomé’s government remains firm in its stance to regularise financial and tax services in an effort to improve the country’s economic output, growth, investment opportunities and financial independence.

As previously reported in our latest Energy Frontiers Series on São Tomé and Príncipe, São Tomé has been forward-looking in imposing extensive regulation on transparency as well as financial and fiscal rulings to assure appropriate revenue management from its several sectors, including its natural resources sector, and in its steady pursuit of a better economic status, has imposed certain financial and tax measures to ensure implementation of good governance, such as requiring companies in the resources sector to prove both financial and technical capability to undertake agreed works in prospect areas, as well as prove a good track record of principles of good corporate governance. Due to a better performance of its tax system which would increase revenues, the country’s fiscal deficit is expected to continue to decline in 2017. In addition, São Tomé has concentrated its public spending on infrastructure (transport, energy) as well as in other sectors such as tourism or agriculture in order to promote employment and competitiveness.

The African Development Bank, in its Concept Note on IFFs, has stated that: “IFFs have been proven to be a key driver of state fragility with its largest impact on the African continent due to the small size of its economies and the fragility of their financial systems.” And with the financial sector being one of the most common channel for IFFs, as a small country with a financial and banking sector which remain fragile (the majority of banks are weakly capitalised and the level of bad debts is high, about 30% of bank loans), it is understandable that São Tomé is at the forefront fighting illegal financial flows, which only serve to further weaken its economy.

It should be noted that the São Tomé has registered good progress in overall governance over the last decade, allowing it to be ranked 11th in the Mo Ibrahim Foundation’s latest governance index, which consists of more than 90 indicators divided into four categories, 14 sub-categories and one overall measurement of governance performance, as per the Foundation’s measurement criteria.

Africa is of strategic importance globally considering its vast wealth of resources. However, the same resources make the continent particularly susceptible to looting, especially given its track record of poor governance. The Report on the High Level Panel on Illicit Financial Flows from Africa chaired by former President of South Africa, Thabo Mbeki, states that although financing for development is gaining traction, Africa’s losses to IFFs terribly negate the impact of economic growth on the continent by continuously jeopardising the economic development of the continent, draining its foreign exchange reserves, reducing the proceeds of tax revenues which holistically is then detrimental to investment, aggravating poverty and injustices, as well as constituting a major source of resource leakage from the African continent.

As IFFs continue to plague the continent’s, initiatives such as that of São Tomé and Príncipe to increase financial transparency, whether in deterring cross-border tax evasion, or strengthening anti-money laundering practices, curtailing trade mis-invoicing, in a pursuit to fight against and limit IFFs, is a first step to radically reducing these outflows to ensure that these development resources remain within the continent and serve as a propellant for its economies.