Setting up a Business in CEMAC

Centurion reviews the procedures for setting up a business in Central Africa. 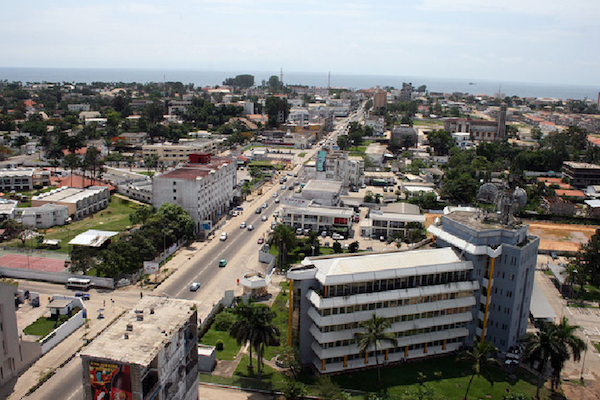 The six countries of CEMAC share a common system of business law, but not all of them centralize procedures for company creation under a single agency. Here, Centurion reviews the procedures for setting up a business in Central Africa.

The Economic and Monetary Community of Central Africa (CEMAC) is comprised of six states: Cameroon, Congo-Brazzaville, Gabon, Equatorial Guinea, the Central African Republic and Chad. Its mission is to promote the harmonious development of member states within the framework of a common financial market. Under this premise, each country has its own instruments that promote business and commerce within the zone.

Since all CEMAC member states are signatories of the Organization for the Harmonization of Business Law in Africa (OHADA) treaty as well, the legal formalities for the creation of a company are governed by the OHADA Uniform Act on the law of commercial companies and consortia. Other social and tax formalities are governed by the national laws of each individual country.

CEMAC states follow defined procedures for the establishment of stable business structures, but because of the diversity of domestic laws in each country, there are differences in the procedures for creating companies.

Within the CEMAC zone, four countries distinguish themselves by having specialized, one-stop agencies for the creation of companies.

Anyone who wants to conduct business in Gabon submits an application to the Centre de Développement des Entreprises (CDE). This one-stop shop was created by the government in June 2011.

As part of the application process, this system establishes that the company has a unique name, which is not already in use in Gabon, and the CDE also recommends investors protect business names with the African Intellectual Property Organization (OAPI).

In the next step of the process, the investor approaches the Caisse Nationale de Securité Sociale (CNSS), where they can obtain a tax number and access relevant information on labor laws in Gabon. The newly created company must be announced through a legal journal, as required by OHADA under Article 261. In Gabon’s case, this is done through the agency Hebdo-informations.

To improve the business environment in Central Africa, the government founded the Guichet Unique de formalité des Entreprises (GUFE). This agency, established in December 2007 coordinates the setup, modification or cessation of a business license.

GUFE can complete the following in a minimum of seven days:

The Centre de Formalités des Entreprises, first established in October 1994, operates under the supervision of the Ministry of Small and Medium-Sized Enterprises, and aims to simplify all procedures surrounding the creation, modification or termination of business activities.

The steps required to register a company in Congo-Brazzaville include:

The Centre de Formalités des Entreprises (CFE), created in 2010, is managed by the Chamber of Commerce, Industry, Agriculture, Mines and Crafts. It aims to facilitate and simplify formalities for business creation by enabling entrepreneurs to complete, in one place, the steps that are required by local laws and regulations to create, recover or expand a business.

Business applications must be supported by the administrative documents, such as:

Administrative Challenges in Countries with no Central Agencies

In those countries where there is no centralized office for incorporation formalities, authorized agents are responsible for registering companies. They may face comparatively more difficulties in Cameroon and Equatorial Guinea, where there are no central agencies, than in other CEMAC states.

Though Equatorial Guinea does not yet have a “one-stop shop” for opening a business, the country has recently made improvements as it pursues adoption of a single window system, which will simplify registering companies. The Prime Minister greatly reduced the time and effort needed to create a new business with an executive order in September 2016, reducing the process from 15+ procedures to four steps.

The steps to create a business are:

With the changes, the time frame to establish a business in Equatorial Guinea was reduced from 120 plus days to just 10 days. The costs of creating a business were also greatly reduced.

In Cameroon, investors need to deal with a number of state actors to complete a business registration. These include the treasury, tax service, registry and the Caisse Nationale de Prevoyance Sociale (CNPS).

Although there is no agency to coordinate these actors, collectively they perform the same functions as the one-stop centres in other CEMAC countries. An Inter Ministerial Circular, signed in May 2011 by the Ministers of Finance, Justice, and Small and Medium-Sized Enterprises, notes the requirements for business creation and the costs of the various procedures.

Any person or company wishing to carry out business in Cameroon must first seek the approval of the Ministry of Commerce. In addition to this approval, required documents include:

The legal formalities of establishing a company in the CEMAC zone are defined by the OHADA Uniform Act on the creation of commercial companies and consortia. There are also similarities in the administration of tax and social insurance across CEMAC states.

Overall, setting up a company is considerably more streamlined in the Central African Republic, Gabon, Congo and Chad, since these countries have established dedicated agencies for the creation of businesses. This process is more challenging in Cameroon and Equatorial Guinea, because of the number of approvals and paperwork required.

The barriers to establishing a company in Cameroon and Equatorial Guinea are likely to discourage some investors, and investors that decide to continue often require assistance from a legal firm due to the number of documents and authorizations needed. As many CEMAC states are rich in natural resources, such as oil, timber, manganese, diamonds and other minerals, investor interest is largely maintained, despite the challenges of setting up a new business.