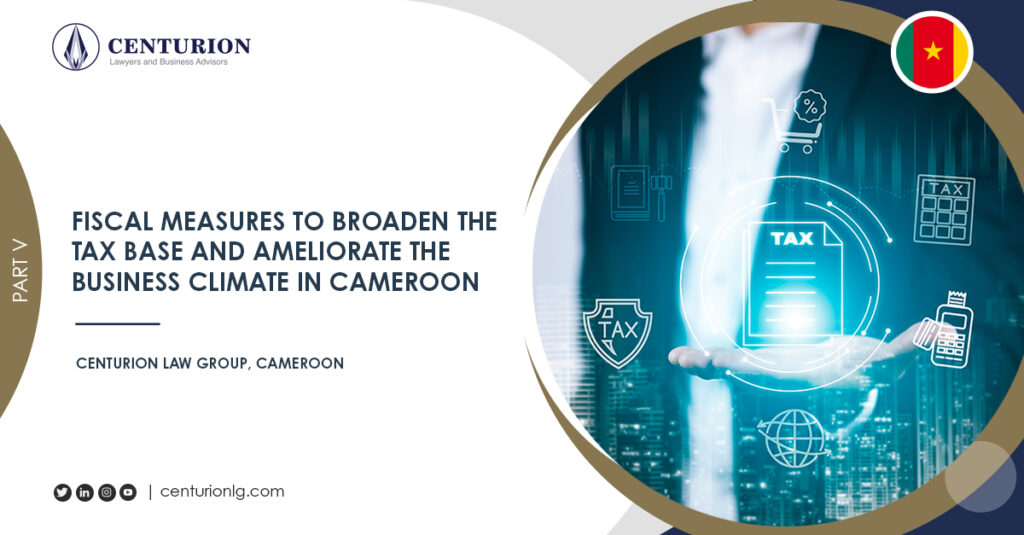 Last month was dedicated to introducing the innovations of the new 2022 Finance law in Cameroon. This discussion was centered on the review of fiscal measures put in place to broaden the tax base which in effect ameliorates the business climate in Cameroon. Parts 1 & 2 of this piece introduced the new finance law of 2022 and encapsulated the regulatory framework of the law and its effect on the fiscal regime and some commercial sectors like the oil sector, Maritime transport companies, and financial companies, and the Agricultural sector. Part 3 continued with the discussion of the general measures that have been introduced by the new finance law. These measures include; The institution of the new tax on money transfers. Part 4 of this piece discussed the fiscal measures related to import and export operations. Part 5 of this piece continues with the discussion of taxation and tax reform of nonprofessional activities

The fourth Cameroonian tax regime focuses more particularly on clarifying the clear tax regime for non-profit organizations As specified in Articles 93 ter and following of the General Tax Code, these are “any entity with or without legal personality, public, private or religious, including foundations, whose purpose is not to seek profits for distribution among its members, and whose activity is not in competition with that carried out by profit-making enterprises”.  It should be noted  that since the last revision of the tax regime in 2012, turnover has become the sole criterion for segmenting taxpayers and for linking them to the different tax regimes as follows;

With such a configuration, the tax authorities found it difficult to classify non-profit organizations which, although they did not have a turnover, could be required to distribute income among members. With the absence of a clear definition of the tax obligations of these entities, numerous disputes arose concerning various operations attributed to them.

Since January 1st, 2022, a fourth tax regime has been created, that of non-profit organizations,  to define and regulate their tax management and combat a certain amount of unfair competition with commercial companies, whether knowingly or not.