The Innovations of the 2022 Finance Law: A Review of the Major Fiscal Measures to Broaden the Tax Base and Ameliorate the Business Climate in Cameroon 

This month is dedicated to introducing the innovations of the new 2022 Finance law in Cameroon. This discussion is centered on the review of fiscal measures put in place to broaden the tax base which in effect ameliorates the business climate in Cameroon. 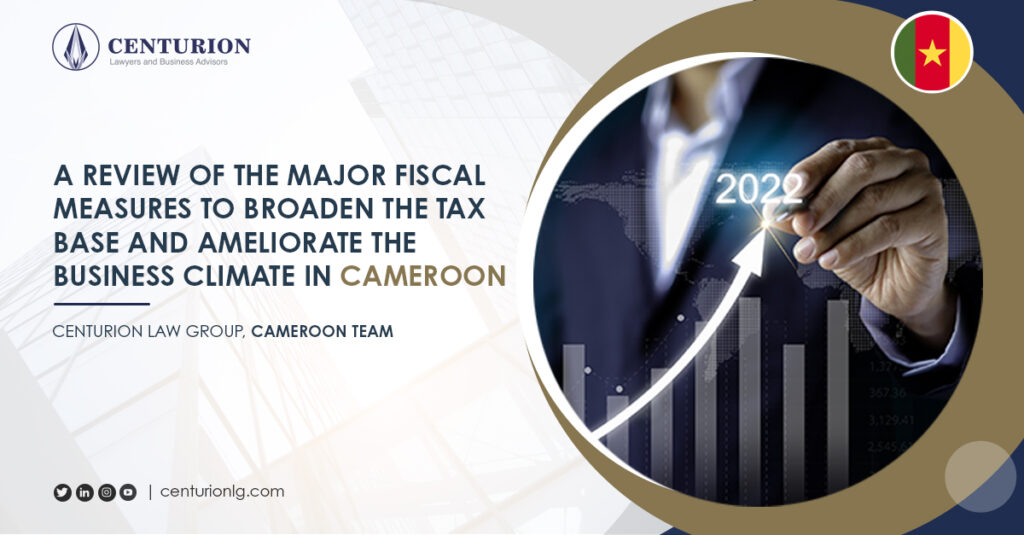 This month is dedicated to introducing the innovations of the new 2022 Finance law in Cameroon. This discussion is centered on the review of fiscal measures put in place to broaden the tax base which in effect ameliorates the business climate in Cameroon. Part 1 of this piece introduced the new finance law of 2022 and encapsulated the regulatory framework of the law and its effect on the fiscal regime and on some commercial sectors like the oil sector. Part 2 continues by discussing the effect of the new law on the fiscal regime on the  Maritime transport companies,  financial companies, and the Agricultural sector.

Under the new Finance Act 2022, apart from companies in the oil sector, the rate of the Special Income Tax (“SIT”) for maritime transport companies has also been adjusted. In this context, this tax has increased from 2% to 3%. This increase in the rate affects the following: the rental and chartering of ships, rental of space in ships, and Commissions paid to foreign port agents, Contrary to the oil sector, the objective of the measure here is to broaden the tax base in the maritime sector.

For companies in the financial sector, the rate of the SIT was drastically reduced from 15% to 3%. This rate reduction concerns commissions paid to money transfer companies abroad, which are domiciliated in Cameroon as enshrined in Article 225 Ter paragraph 2 of the General Tax Code. The objectives of reduction are, among others, to facilitate the outflow of financial flows, to maintain costs for the final consumer, and to protect the activity in the sector, which is expanding.

D- Companies in the agricultural sector

In the agricultural sector, the new finance law provides for exemptions to help revive the banana industry in the Economically Depressed Areas (EDA). Temporal exemptions have been granted which are applicable from January 2022 on the patent, VAT, registration fees, and corporate tax,  for a period of 7 years. During this same period, the finance law establishes an exemption from tax and employer charges for company managers; this measure joins that which was instituted in 2016 by Law No. 2015/019 of 21 December 2015.   In order to promote youth employment; the new finance law and per art 105 of the general tax code specify that “companies under the real regime that recruit young Cameroonian graduates under 35 years of age under a permanent or fixed-term contract for a first job or a pre-employment internship are exempt from tax and employer’s contributions on salaries paid to these young people, with the exception of social security contributions”. The 2021 finance law and the general Tax Code have extended this measure to companies that fall under the simplified regime but are members of an agreed management center. This measure is valid for a period of three years from the date of signing the employment contract or admission to the pre-employment training course

As an incentive measure in the agricultural sector, the finance law establishes a freeze on tax debts for a period of three years in favour of companies formerly located in the EDA. This measure replaces the one that provided for a simple reduction in the tax debts of these companies. Similarly, the various donations made by companies in the framework of the reconstruction of the EDA are not subject to tax, in order to support the efforts of companies participating in the reconstruction program of the EDA.

In the other zones that are not classified as Economically damaged, some relief measures have also been taken, such as a 50% reduction in the rate of the IS installment,[1] the aim being to reduce the tax burden on banana-producing companies and enable them to develop their production. It is important to note that this tax relief measure comes in the wake of the decline in Cameroonian banana exports, a decline caused by the COID -19 Pandemic. Apart from the sectors specifically targeted, general measures have been introduced by the new finance law: these include;

These rates are applicable to transfers of businesses and large-scale transfers of company shares. Henceforth, in the context of a restructuring (merger and split), the new finance law enshrines the transfer of tax claims and debts from one company to another. However, it should be noted that as far as the transfer of Value-added tax (“VAT”) credits are concerned, the absorbing company must also be liable for VAT and produce proof of validation of the said credit in the event of an audit.

[1] IS stands for “Impot Sur Les Societe”, The IS Installment is a tax that is paid at the end of the year on profits, and therefore it is a measure that is taken in areas that are not classified as economically distressed, this tax will be