Modern onshore wind turbines—some of which stand more than 160 meters tall—are a common sight in many countries, supplying electricity to tens of millions of households while also providing employment for millions of people. 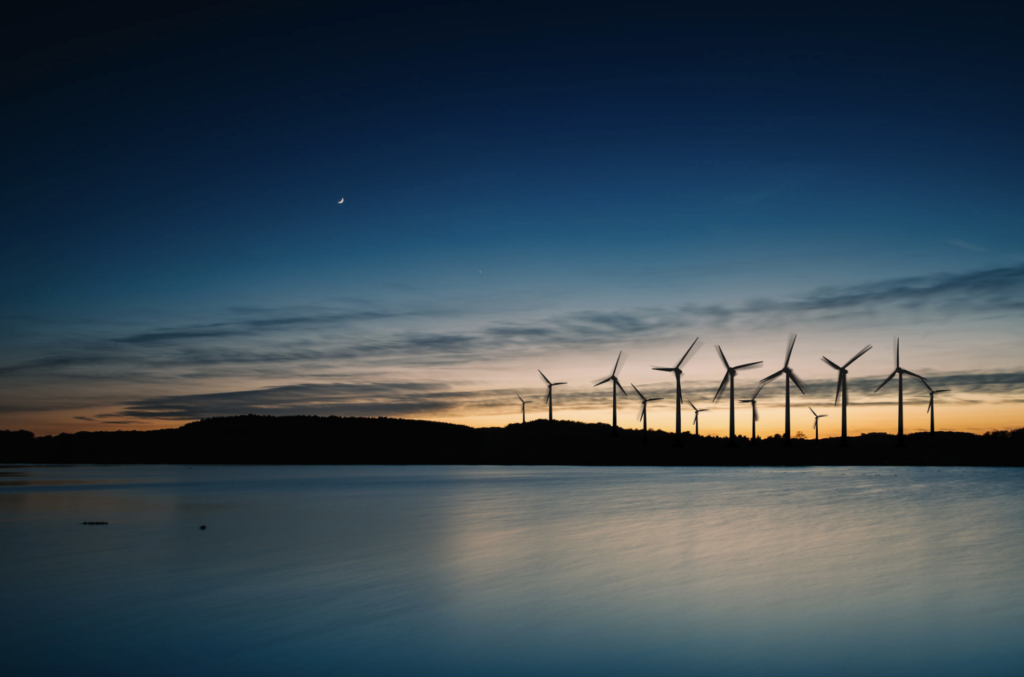 Modern onshore wind turbines—some of which stand more than 160 meters tall—are a common sight in many countries, supplying electricity to tens of millions of households while also providing employment for millions of people. As reported by the Global Wind Energy Council (GWEC), the global wind power market has nearly quadrupled in size over the past decade, thanks to technological advancements and economies of scale, and has established itself as one of the most cost-competitive and resilient energy sources available anywhere in the world. In 2020, record growth was fueled by a surge in installations in China and the United States, the world’s two largest wind power markets, which together accounted for nearly 75 percent of new installations and more than half of the world’s total wind power capacity in 2020. Today, there is a total of 743 GW of wind power capacity worldwide, which contributes to the avoidance of over 1.1 billion tonnes of CO2 globally – an amount equal to the annual carbon emissions of the entire continent of South America.

Unfortunately, despite this global expansion, Africa only accounts for less than 1% of the world’s total installed wind power capacity. However, there are reasons to be optimistic about the potential for wind development in Africa, as recent studies have revealed that there are more wind resources available for wind generation in many more African countries than previously thought. In 2019, the International Finance Corporation (IFC) commissioned a study to assess the potential for wind power in Africa, which discovered that the continent possesses a staggering technical wind potential of nearly 180,000 terawatt hours (TWh) per year, which is enough to meet the entire continent’s electricity demands 250 times over. Under the constraints of technical, financial, environmental, and social constraints, the commercial or practical wind potential would be significantly reduced. The study also discovered that two-thirds of Africa’s total wind potential is concentrated in areas with average wind speeds greater than 7.5 metres per second. This is extremely exciting news

THE PROCESS BY WHICH WIND ENERGY IS PRODUCED

Wind energy is used to generate electricity by harnessing the kinetic energy created by moving air. These wind turbines and wind energy conversion systems convert the kinetic energy of the wind into electrical energy. Wind strikes a turbine’s blades first, causing them to rotate and, in turn, turning the turbine to which they are connected. In this case, rotational energy is converted from kinetic energy through the movement of a shaft that is connected to a generator, resulting in the production of electrical energy through electromagnetism. The amount of energy that can be harvested from the wind is determined by the size of the turbine and the length of its blades, among other factors. This generator produces an output that is proportional to the size of the rotor and to the cube of the wind speed. Theoretically, when the wind speed doubles, the wind power potential increases by a factor of eight, according to the International Energy Agency.

Wind Energy Produced on the Land

As stand-alone applications, wind turbines can be connected to a utility power grid, or they can be combined with a photovoltaic (solar cell) system to generate electricity. When it comes to utility-scale (megawatt-sized) wind energy, a large number of wind turbines are typically clustered together to form a wind plant, which is also referred to as a wind farm in some circles. Several electricity providers are now supplying their customers with electricity generated by wind turbines. The majority of stand-alone wind turbines are used for water pumping or for communication purposes. Wind turbines, on the other hand, can be used by homeowners, farmers, and ranchers who live in windy areas to reduce their electric bill costs.

Wind Power on a Distributed Basis

The presence of strong and constant winds in the open sea draws attention to the potential of offshore wind energy. Because of the higher number of full-load hours compared to comparable land-based systems, the energy yield is twice as high. As a result, offshore wind farms are making an increasingly significant contribution to energy supply.

The Benefits of Wind Energy

Challenges in the Application of Wind Power

Some wind energy locations in Africa

According to a policy brief published by the Africa-EU Energy Partnership (AEEP), ways to support the growth of wind energy in Africa are discussed. The brief emphasizes that Africa must dramatically increase its generation capacity in order to achieve full access to sustainable energy services for its citizens, as stipulated in the African Union’s Agenda 2063, as part of its long-term sustainable master plan for development. Onshore wind power in Africa has the potential to meet the region’s electricity demand by a factor of 250 (180,000 TWh per year), and each of the continent’s 27 countries has enough wind potential to theoretically supply all of Africa with electricity. Installed wind capacity is only equivalent to 6,500 MW of electricity in 2020; this corresponds to a fraction of the technology’s overall potential.