The case for a rapid clean energy transition has never been stronger or more obvious than it is now, in the wake of the Ukrainian invasion. The EU imports 90% of its natural gas needs, with Russia accounting for approximately 45% of those imports and different levels of contribution between Member States. 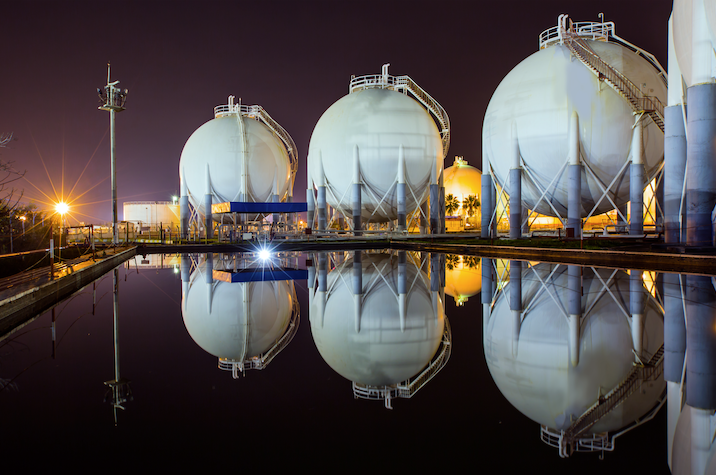 The case for a rapid clean energy transition has never been stronger or more obvious than it is now, in the wake of the Ukrainian invasion. The EU imports 90% of its natural gas needs, with Russia accounting for approximately 45% of those imports and different levels of contribution between Member States. Russia is also the source of around 25% of global oil imports and 45% of global coal imports. As of 2021, the European Union (EU) imported over 140 billion cubic metres (bcm) of natural gas per year from Russia, an average of over 380 million cubic metres (mcm) a day. Furthermore, 15 billion cubic meters of liquefied natural gas (LNG) were delivered. According to data from the research organization Transport & Environment, this dependence costs the EU approximately $118 million each day.

The EU recently mapped out a strategy that could reduce reliance on this fuel source by two-thirds within a year’s time. According to Ursula von der Leyen, President of the Commission, “We must become self-sufficient in terms of oil, coal, and gas. The fact is that we cannot put our trust in a provider who threatens to harm us directly. We must move quickly to offset the impact of growing energy prices, diversify our natural gas supply for the upcoming winter, and expedite the transition to a clean energy economy, among other things. The sooner we transition to renewables and hydrogen, as well as increase energy efficiency, the sooner we will be fully autonomous and in control of our energy system”.

Frans Timmermans, Executive Vice-President for the European Green Deal, stated, “It is past time for us to address our weaknesses and move quickly towards more independence in our energy choices. Let’s go as quickly as possible into the world of renewable energy. Renewables are a low-cost, environmentally friendly, and possibly limitless source of energy, and instead of subsidizing the fossil fuel sector elsewhere, they produce jobs for us. Vladimir Putin’s war in Ukraine highlights the critical importance of expediting our clean energy transition.” In addition, Kadri Simson, the EU’s Commissioner for the Environment, also stated “Russia’s invasion of Ukraine has exacerbated the security of supply crisis and drove energy prices to historically high levels.  Europe has enough gas to last the rest of the winter, but we must replenish our stockpiles as soon as possible in order to be ready for next year. Because of this, the Commission will recommend that gas storage in the EU be filled to at least 90% capacity by the first of October. In addition, we have specified price regulation, state aid, and tax policies that will shield European households and businesses from the effect of the extraordinarily high costs.”

The commission proposed the REPowerEU initiative plan that will increase the resilience of the EU-wide energy system based on two pillars: diversifying gas supplies, through increased LNG and pipeline imports from non-Russian suppliers, as well as greater volumes of biomethane and renewable hydrogen production and imports; and reducing the use of fossil fuels in homes, buildings, industry, and power systems through increasing energy efficiency, increasing renewable energy production and imports, and increasing renewable energy production and imports. “It’s bloody hard,” remarked EU Commission Vice President Frans Timmermans of the difficult process. “Nonetheless, if we are determined to go further and quicker than we have in the past, it is conceivable.” he added.

EU countries will be required to maintain a minimum amount of gas storage under the Commission’s latest proposals. In order to do this, gas inventories should be at 90% of their maximum capacity by autumn, up from roughly 30% at the moment. Efforts to increase gas flows are now being discussed with existing gas suppliers, including Norway, Algeria, and Azerbaijan. The plan calls for the abolition of all dependency on Russian fossil fuels before the year 2030. The United States and Africa should supply gas in the short term, while some countries may be forced to increase their coal consumption in the months ahead. In addition, the EU proposes a significant increase in the use of renewables, biogas, and hydrogen. Timmermans suggested it may make sense for some nations to increase coal production in the short term if they do so in conjunction with a faster rollout of clean energy, a clear indication of the EU’s resolve to distance itself from Russia. However, if any government takes advantage of this to open new coal mines, it would be an absolutely stupid choice according to the United Nations Environment Programme, he explained. In his statement, Timmermans stated that there was tension between high energy costs for consumers and hugely ballooning global temperatures. Energy companies are seeing an increase in revenues, which is putting pressure on the government to recommend that utilities be hit with windfall profit taxes.

Our annual fossil gas usage would be reduced by 30%, or 100 billion cubic metres (bcm), if the Commission’s “Fit for 55” plans are fully implemented by 2030, which is already a significant reduction. It is possible that we will be able to gradually phase out the use of fossil fuels through the implementation of the REPowerEU plan, which is similar to the volume of Russian gas imported in 2021. Over the course of a year, over two-thirds of that decrease can be realized, effectively removing Europe’s reliance on a single provider for its energy needs. On the basis of the significant work already completed on national recovery and resilience plans, the Commission proposes to collaborate with Member States in order to identify the most viable projects to achieve these objectives. In order to keep up with the changing geopolitical and energy market realities, we must substantially speed up the clean energy transition while also increasing Europe’s energy independence from unreliable suppliers and volatile fossil fuel supplies.

New climate change policies are being negotiated by the EU, which are intended to reduce emissions more quickly this decade and, on their own, would reduce EU gas consumption by 30% by 2030, on top of existing climate measures. According to the Commission, approximately 60 billion cubic metres (bcm) of the 155 billion cubic metres (bcm) of natural gas that Europe receives annually from Russia might be replaced by gas and liquefied natural gas from nations such as the United States and Qatar this year. Utilization of biogas and hydrogen could potentially contribute to a reduction in greenhouse gas emissions by 2030. It is possible that new wind and solar projects will replace 20 billion cubic meters of natural gas demand this year, while tripling capacity by 2030, adding 480 gigatonnes of wind and 420 gigatonnes of solar energy, will save 170 billion cubic meters of natural gas every year.

According to the International Energy Agency (IEA), as Europe moves closer to its net-zero energy goals, gas consumption and imports will decline over time. However, the current crisis raises specific questions about Russian gas imports and what policymakers and consumers can do to reduce them, the agency said. The IEA’s 10-point plan offers a set of immediate changes that might be made to minimize reliance on Russian gas while also improving the near-term resilience of the EU gas network and minimizing problems for vulnerable users.

According to the International Energy Agency, the suggested restrictions might result in a decrease of more than 50 billion cubic meters (bcm) in the EU’s annual need for Russian gas imports within a year – a drop of more than one-third in just one year. In addition, the 10-Point Plan is aligned with the EU’s climate aspirations and the European Green Deal, and it points toward the outcomes achieved in the IEA’s Net Zero Emissions by 2050 Roadmap, which envisions the EU phasing out the need for Russian natural gas imports by 2030. Because of differences in location and supply patterns, the IEA notes that conditions vary greatly within the EU. It will not be easy to wean the world off of Russian gas; it will require a deliberate and continuous policy effort across different sectors, as well as an active international discourse on energy markets and energy security. Many interconnections exist between European policy choices and the overall state of the global economy. Collaboration with alternative pipeline and LNG producers —as well as with other major gas importers and consumers —will be important in achieving these objectives. Successful implementation requires open and honest communication between government officials, industry leaders, and consumers.

The 10 points plan by the IEA are: