Following the announcement by the country's Energy Minister Suhail Al-Mazrouei, in November 2021, the United Arab Emirates began construction on the first green hydrogen plant in the Middle East. The United Arab Emirates has announced plans to achieve net-zero emissions by 2050 and has stated that it will oversee investments in renewable energy totaling 600 billion dirhams ($163 billion). 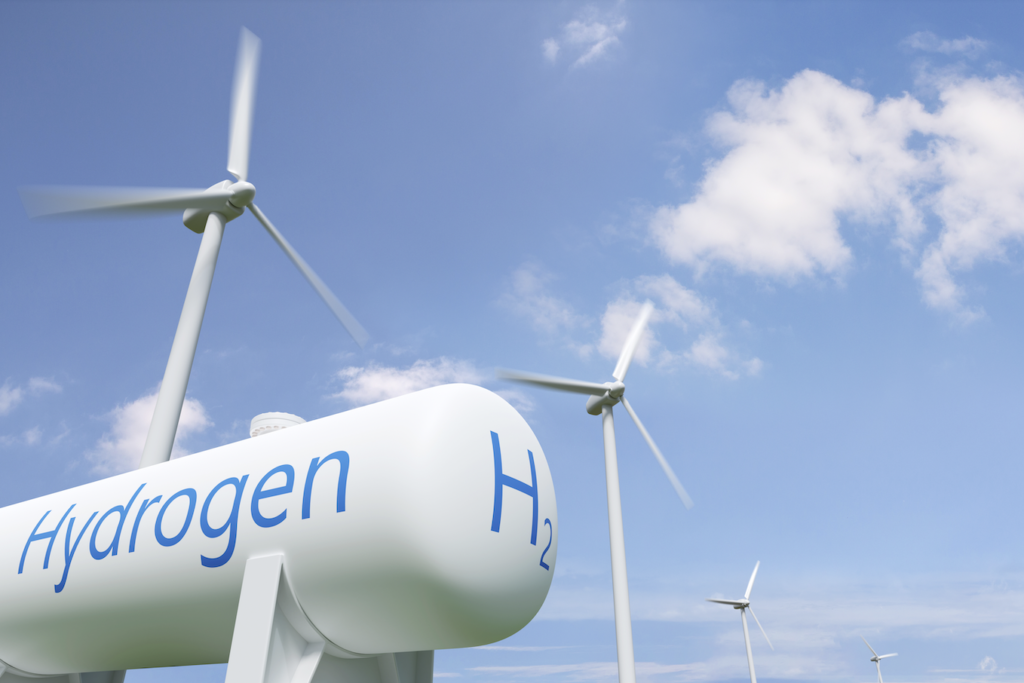 Following the announcement by the country’s Energy Minister Suhail Al-Mazrouei, in November 2021, the United Arab Emirates began construction on the first green hydrogen plant in the Middle East. The United Arab Emirates has announced plans to achieve net-zero emissions by 2050 and has stated that it will oversee investments in renewable energy totaling 600 billion dirhams ($163 billion). In recent years, so-called green hydrogen, which is produced by splitting water into its two components with the help of electricity generated by renewable energy sources, has gained popularity as a fuel of the future for reducing carbon emissions from fossil fuels. Earlier this year, the UAE announced that it intends to capture 25% of the global hydrogen fuel market by 2030. It is putting into action more than seven ambitious hydrogen projects that are aimed at key export markets such as Japan, South Korea, Germany, and India, among others. Recently, it appears as though some of the world’s major energy-producing countries are competing for a piece of the hydrogen pie, as announcement after announcement of grand hydrogen plans have been made across the Middle East in the last 12 months.

In an attempt to surpass Europe as the world’s leading producers of the fuel Saudi Arabia and the United Arab Emirates have both announced significant investments in blue and green hydrogen production for the next decade. Recently, Engie, a French energy company, and Masdar, an Abu Dhabi-based renewable energy company, announced plans to invest $5 billion in the development of the United Arab Emirates’ green hydrogen industry. There have been few details released about the development, but the two companies hope to begin construction on projects with an electrolyzer capacity of 2 gigatonnes by the year 2030. In order to accelerate the decarbonization of the economy, the project aims to develop a giga-scale green hydrogen hub for the Gulf Cooperation Council (GCC), which will be located in the United Arab Emirates.

The Middle East is positioning itself to maintain its position as a major energy provider during the transition to a low-carbon economy. A wide range of visions and policies are being developed across the region, with varying degrees of scope and objectives. Some countries, such as the United Arab Emirates and Oman, are aiming to become major hydrogen hubs. There’s a good reason for this. Hydrogen, which was once considered a niche market, is now becoming an increasingly attractive option for achieving a zero-carbon future. According to the Energy Transition Outlook and Accelerated Energy Transition scenarios, global demand is expected to increase by a factor of two to six between now and the year 2050.

British Petroleum (BP) and Oman’s Ministry of Energy and Minerals signed agreements on the January 17, 2022 to advance the potential development of a multi-gigawatt renewable energy and green hydrogen development in Oman by 2030. As part of the agreement, BP will collect and analyze solar and wind data from an area of 8,000 km2. In order to take advantage of these resources, the government of Oman will use the results of the evaluation to support the approval of future developments of renewable energy hubs in suitable locations throughout the country. According to BP, renewable energy resources could also provide renewable electricity for the development of green hydrogen for use in both domestic and international markets.

In a statement, Bernard Looney, the chief executive officer of BP, said: “Today’s agreement represents the best of what BP has to offer as an integrated energy company. Our gas business will benefit from these projects, which will bring renewable energy sources such as wind, solar, and green hydrogen together in a distinctive and integrated manner to support Oman’s low-carbon energy goals”. Oman’s Minister of Energy and Minerals, Dr. Mohammed Al Rumhy, said, “This is a proud moment for Oman, and it represents a significant step forward in realizing our Vision 2040.” By working in partnership with BP, we will accelerate the development of new, world-class solar and wind resources, which will generate clean, renewable electricity for the grid while also enabling the production of green hydrogen to meet domestic demand and export to international customers. Over the past 50 years, we’ve made significant strides in the production of hydrocarbons. Today’s agreement marks the beginning of the next phase of our energy journey, which will see Oman’s potential as a low-carbon energy hub realized.

For green hydrogen generation and related infrastructure in the Middle East, Australia, and Latin America, ENGIE and POSCO have signed a Memorandum of Understanding (MoU) to investigate the potential for cooperative development. In accordance with the terms of the MoU, ENGIE will apply its current industrial-scale renewable hydrogen value-chain knowledge to assist POSCO in its hydrogen generation. Posco hopes that the MoU will assist it in achieving its goal of providing consistent, low-cost supplies of green hydrogen, allowing it to transition from traditional steelmaking into green steelmaking and participate in the green hydrogen economy. The agreement was signed by Frederic Claux, ENGIE’s Thermal & Supply Managing Director for Asia, the Middle East, and Africa, and Byeong-Og Yoo, POSCO’s Head of Green Materials & Energy Business Team and Senior Executive Vice President, at the company’s headquarters in Seoul. POSCO’s goal of becoming a leader in the age of post-carbon hydrogen in steel production by 2050 is supported by the MoU, as is ENGIE’s goal of becoming carbon-neutral by 2045. The MoU also encourages the expansion of the hydrogen ecosystem throughout the entire value chain. According to him, “ENGIE is a perfect match for our production goals as part of our strategy to build a worldwide supply of hydrogen in countries that are focusing on renewable energy and low-cost natural gas resources. Working together to co-develop the green hydrogen value chain, advance our mutual net-zero goals, and aid the larger energy transformation, ENGIE’s expertise in large-scale renewable hydrogen generation is something we are looking forward to doing.”

Both parties will collaborate to assess the economic viability of future projects involving hydrogen and ammonia generation and delivery, as well as the development of related infrastructure and facilities. Furthermore, hydrogen derived from renewable energy sources  has the potential to open up a new industrial sector in Saudi Arabia, which has a large portion of its landmass located in the sun belt and vast expanses of flat land suitable for the installation of solar panels. The kingdom has announced plans to install approximately 27 gigawatts (GW) of mostly solar capacity by 2023 and nearly 58 GW by 2030, with the majority of the capacity coming from solar.

A major focus of technological and economic experiments in the futuristic city of Neom is renewable-based hydrogen, which is derived from renewable sources. In addition, Neom is home to a US$5 billion green hydrogen project, which is a joint venture between Neom, the Saudi Arabian company ACWA Power, and the Pennsylvania company Air Products. The project’s 4 GW of renewable capacity would make it the world’s largest renewable hydrogen-to-ammonia facility, producing 1.2 million tons of green hydrogen per year, roughly equivalent to 5 million barrels of oil per year in energy terms. It is expected to come online in 2025, making it the world’s largest renewable hydrogen-to-ammonia facility. (By contrast, the annual crude oil production volume in Saudi Arabia is approximately 12 million barrels per day) . Currently, Saudi Arabia is looking into ways to become the world’s leading supplier of hydrogen. The country has set clean hydrogen production targets of 2.9 million tons per year (t/yr) by 2030 and 4 million tons per year (t/yr) by 2035, respectively. A large market share in blue hydrogen, particularly in the form of blue Ammonia (i.e., ammonia produced from a combination of ammonia synthesis using hydrocarbon CCUS), is the current focus for the company, which hopes to achieve this in the coming decade.

India currently has a capacity for producing grey hydrogen that accounts for 9% of the global total. The demand for grey hydrogen in India has increased as a result of the growing number of consumers in the fertilizer and chemical industries. Thanks to the country’s competitive renewable electricity tariffs, green hydrogen is a viable alternative to fossil fuels in India. According to Goldman Sachs, hydrogen production could necessitate the installation of 121 gigawatts of renewable electricity capacity in the country.

The government’s announcement of the phase one National Hydrogen Mission on February 18 was greeted with applause by the financial community, with brokerage firm Morgan Stanley India describing it as a “watershed moment.” The government has offered incentives to green hydrogen producers, such as a 25-year waiver of interstate transmission charges for projects that are completed before June 2025, as well as tax breaks. Additionally, producers can purchase renewable energy from spot exchanges or build their own capacity, and they can bank any excess power with power distribution companies for up to 30 days. According to the new policy that has been announced, the government hopes to reach a production capacity of approximately 5 million tonnes for green hydrogen production , as well as a capacity for related renewable energy production by 2030. Indian efforts to transition away from fossil fuels are aligned with the country’s goal of becoming a net-zero carbon-emitting economy by 2070, as evidenced by the announcement of the green hydrogen policy early this year.