The AfDB Promises To Support South Africa with $2,8 Billion During The Next 5 Years At The 4th South African Investment Conference 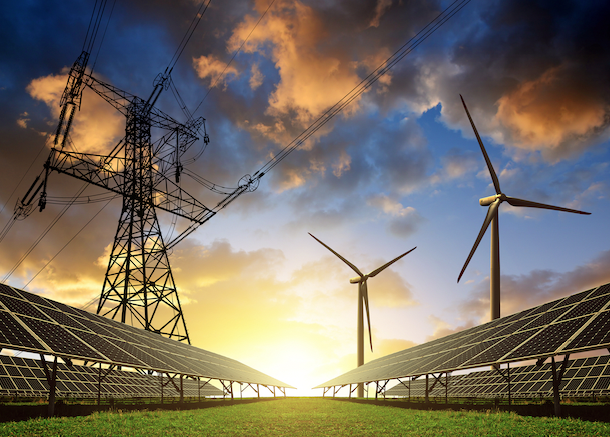 On 24th March 2022, the 4th South African Investment Conference (SAIC) was hosted by the South African President Cyril Ramaphosa at the Sandton Convention Centre, Johannesburg. Opening the conference with a critical note on the impact of the COVID-19 crisis on the country overall, Ramaphosa highlighted that the conference could not “[take] place at a better time”, shedding hope on an upward trajectory amid the still ongoing crisis. As Ramaphosa continued, “nowhere is [the] difficult path [out of this crisis] more apparent than in the sphere of energy”. With energy and, in particular, electricity having been emphasized to constitute one of the most basic foundations fora prosperous future, wherein the South African economy and other economies will thrive, Ramaphosa listed up current achievements of South Africa, such as the launch of the Bid Window 6 of the country’s Renewable Independent Power Producer Programme (REIPPP) announcing that the generation capacity of the grid will be increased until 2024, whereby the country will rely on wind and solar power.

As African Business revealed in a recent article, the African Development Bank (AfDB) has recently made huge commitments in support of South Africa’s energy transition. Having heard from Gwede Mantashe, South Africa’s Minister for Mineral Resources and Energy, about the country’s discovery of rare earth minerals, which were explained to be of valuable use for the “manufacturing of solar powers”, Dr. Akinwumi Adesina, the President of the AfDB, emphasized that “‘South Africa cannot and should not embark on the journey of [the] energy transition without the necessary financial support’”. Among the already closed deals of the South African Investment Conferences, as Adesina phrased it, were for instance a $500 million support package for the African Infrastructure Investment Fund and a $25 billion dollar liquified natural gas (LNG) project in Mozambique. In total, as Adesina highlighted, the AfDB has so far provided $3,2 billion dollars to South Africa’s energy sector, which “[included] ESKOM’s capital expenditure and the MEDUPI power project” – and it has been said, cooperational projects have not yet come to an end.

As Adesina announced, the AfDB will not only support the Redstone Concentrated Solar Project, which has a current capacity of 100MW and is located in the Northern Cape Province of South Africa, but also the 100MW Sere wind power farm and the 100 MW Xina Solar One Concentrated Solar Power (CSP) Project. In total, the AfDB will provide $400 million dollars to support Eskom with regard to its transition to renewables, which demonstrates the AfDB’s commitment and supportive attitude towards the energy transition and a net-zero in South Africa overall, especially because Eskom is South Africa’s largest electricity producer. Over the course of the next five years, the AfDB will invest a total of $2,8 billion in South Africa and it will also take over the task of raising at least $27 billion worth of investments for the Just Energy Transition Facility, to which G7 countries, such as France, Germany, the UK and the US, committed $8,5 billion during COP26 in November 2021 in Glasgow.

Next to supporting the renewables transition directly, the AfDB will also support related priority areas such as agriculture, transport, youth employment and health. As Adesina emphasized, the objectives and aims of the AfDB are to support South Africa with regard to: 1) the prosperity of its economy – to enable a ‘debt-free’ renewable energy transition; 2) to help South Africa position itself as a global leader in the transition to renewables; 3) the reduction of pollution – with beneficial outcomes for the health of South African society and its natural environment; and 4) job creation in the green economy – to address youth unemployment and promote sectoral growth. Most of the latter topics were also addressed as part of a breakaway session during the 4th South African Investment Conference with findings from the latter being summarized below.

Debating About A ‘Just’ And ‘Equitable’ Energy Transition In SA

With Khalidi having been invited to start the discussion, he gave the audience to think that the industrialization has led to a rather rapid increase of CO2 in the air with “[humans] hav[ing] added CO2 in the last 22 years, more than what [what was] added in the previous 100 years”. Based on the latter fact, Khalidi emphasized that GE Power aims at supporting a fast and massive energy transition in South Africa, which will be based on replacing coal by gas and renewables. Different from Khalidi, Dlamini highlighted the importance of the ‘just element’ of the energy transition as well as Rito Energy Group’s commitment to and research efforts in relation with the inclusiveness of the energy sector. As Dlamini pinpointed, one of the central questions which has to be asked in relation to the energy transition is, “how we can build an inclusive energy ecosystem that ensures the full participation of all demographic profiles in [South Africa]” aiming at economic empowerment in the region.

With South Africa currently showing a gap with regard to the “equitable participation of women, youth and persons with disabilities” in the field of independent power production (IPP), one of the developmental tasks, which need to be fulfilled in order to exploit emerging entrepreneurial opportunities is to facilitate “access to finance, access to technology [and] access to skills development”, as Dlamini argued. More concretely, energy storage and the hydrogen economy were mentioned as domains, wherein skills development will play an important role in the upcoming years and decades. After Dlamini, Wanblad went on with the discussion sharing that it might be important to always keep the purpose for transformational decisions in mind, laying out that Anglo American Plc set out to rethink mining many years ago, is working towards reducing carbon footprints, and believes that all stakeholders need to be included to shift towards renewables.

Following Wanblad, de Ruyter emphasized the need to support coal miners and the communities in which they live amid the transition to renewable energies. Next to the latter, de Ruyter lobbied for the establishment of another Special Economic Zone (SEZ) and revealed that, as part of Eskom’s decarbonization plan, investments will be needed to both install 60,000MW of renewable capacity and drive developments with regard to energy storage. Whereas a new market will certainly be created in this effort during the upcoming decade, de Ruyter mentioned that effective regulatory frameworks and policies play a role in even mobilizing investors, who might at this point still remain sceptical and regard energy security as a hurdle. Whereas Eskom will set up an independent market transmission system and operator, de Ruyter emphasized that the private sector will have to contribute to building up new capacity, too.

Reemphasizing that South Africa’s emissions exceed those of India and China, Olver continued the discussion on a critical note, which precisely underlined that South Africa needs transformational change now to not “[be] shut out of the global economy and trading system as other countries start to decarbonize” and minimize market risks. Advocating for a just and inclusive pathway towards a future “much more decentralized, open, competitive multi-stakeholder kind of energy governance system”, Olver also highlighted that South Africa’s IRP system might not be ‘agile’ enough and requires more flexibility to keep up with technological developments in the field of renewable energies. Furthermore, Dames contributed to the discussion that “lots and lots of transmissions networks in South Africa” need to be built before even talking about enabling a ‘rapid’ and ‘just’ transition, whereby AREP reflects the ‘just’ aspect through its new ownership constellation, wherein workers, black women and youth, and churches play a role. To sum up Dames thoughts, the management of the energy transition arguably plays a crucial role in its success alongside a much-needed view for new technologies, including such in the domain of green hydrogen. Strengthening South Africa’s resilience and increasing its capacity to locally build up and install renewable facilities could be key to a journey of large-scale local development, regional and international market integration.