On a worldwide scale, Canada is a significant energy producer. The country produces about 60% minerals and metals, including a diverse spectrum of essential minerals. It is a top ten producer of oil and natural gas, hydropower, uranium, nuclear energy, biofuels, and wind energy. 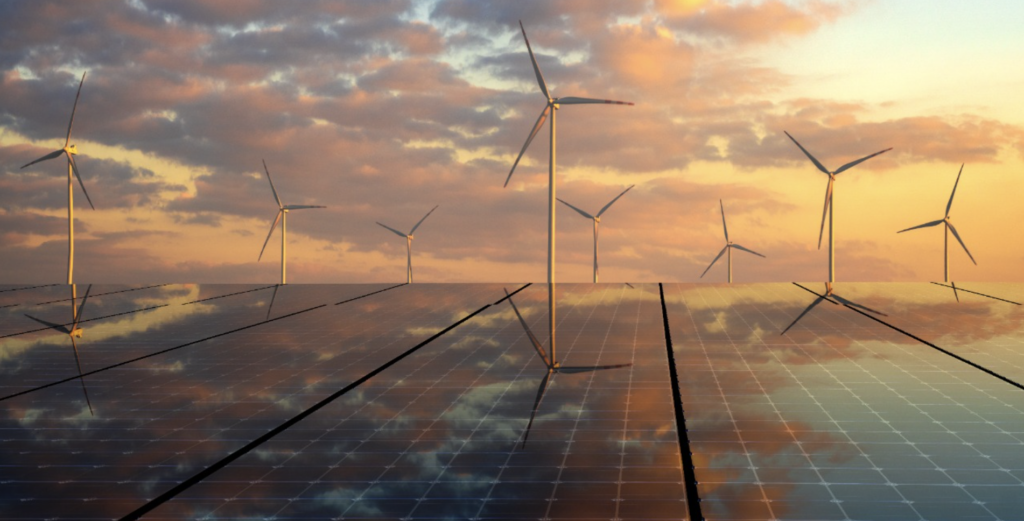 On a worldwide scale, Canada is a significant energy producer. The country produces about 60% minerals and metals, including a diverse spectrum of essential minerals. It is a top ten producer of oil and natural gas, hydropower, uranium, nuclear energy, biofuels, and wind energy. In July 2021, Canada submitted a revised nationally determined contribution (NDC) to the Paris Agreement, stating its intention to reduce overall greenhouse gas (GHG) emissions by 40–45% below 2005 levels by 2030, with a goal of reaching net zero emissions by 2050. According to the International Energy Agency’s (IEA) policy study, Canada has begun an ambitious reform of its energy system, and strong policy signals will be required to stimulate energy sector investment in clean and sustainable energy sources. Canada’s government have developed a number of policy measures in recent years to support those climate and energy targets, including an ambitious carbon pricing system, a clean fuels standard, a commitment to phase out unabated coal-fired electricity by 2030, nuclear plant expansions, methane regulations in the oil and gas sector, energy efficiency programs, and measures to decarbonize the transportation sector.

Since 2019, every province and territory in Canada has implemented a carbon tax. Canada’s approach is adaptable as each province or territory has the option of developing its own pricing system customized to local circumstances or adopting the federal pricing system. The federal government establishes minimal national stringency requirements (referred to as the federal “benchmark”) that all systems must satisfy in order to be comparable and effective at decreasing greenhouse gas emissions. If a province or territory opts out of pricing pollution or proposes a system that falls short of these standards, the federal system is implemented. This ensures uniformity and justice for all Canadians. The federal pricing system is divided into two components: a regulatory charge on fossil fuels like gasoline and natural gas, dubbed the fuel tax; and an industry-based performance-based pricing system, dubbed the Output-Based Pricing System.

According to the International Hydropower Association (IHA), Canada is gifted with a natural resource advantage in hydropower, making it the world’s fourth largest generator by capacity. Notably, Canada’s hydroelectric potential which spreads across all areas, is more than quadruple of its existing capacity. Several new large-scale hydroelectric projects have been commissioned in recent years and are scheduled to come into use by 2024, examples are: the Site C project in British Columbia (1100 MW); the Muskrat Falls project in Labrador (824 MW); the Keeyask project in Manitoba (695 MW); and the La Romaine 4 project in Quebec (245 MW). Additionally, some modest hydro projects are moving forward. Though there are a number of potential technically viable locations for new hydro projects, their development remains uncertain given the high costs connected with current developments. Rather than that, recent investments have shifted toward variable renewables and energy storage.

The government of Canada also specified a number of investments in renewable energy and electrification as part of the Strengthened Climate Plan published in December 2020 and Budget 2021, including:

While the intensity of emissions from Canada’s oil and gas production has declined in recent years, the sector remains a substantial source of greenhouse gases, accounting for almost a quarter of the country’s total GHG emissions. Accelerating energy technology innovation, along with strong measures to reduce methane emissions, will be important for reaching the required level of decarbonisation in oil and gas production, as well as in transportation and industry. Canada, is investing extensively in research and development in a number of critical fields, including carbon capture, storage, and usage; clean hydrogen; and small modular nuclear reactors, in order to position itself as a global supplier of energy and climate solutions. According to the International Energy Agency (IEA), increasing public investment in research, development, and demonstration would expedite progress toward these goals. The report done by the IEA highlights Canada’s strong initiatives and historic investments to provide the groundwork for achieving net-zero emissions by 2050 and ensure a transition consistent with our shared objective of limiting global warming to 1.5 degrees Celsius. Apart from developing technology, goods, and know-how that can be sold and applied globally, these pathways make the most economic, social, and political sense for the people and country.

The IEA also recommends that Canada adopts a comprehensive energy efficiency policy in collaboration with its provinces and territories. This strategy should establish explicit energy efficiency targets for the construction, manufacturing, and transportation sectors. According to the IEA, Canada’s electrical system is among the cleanest in the world, with more than 80% of the country’s electricity generated by non-emitting sources, owing to hydroelectricity’s supremacy and nuclear power’s major role. The research recommends strengthening ties between provinces and territories in order to ensure that decarbonisation development occurs in a balanced manner across the country. This will contribute to the growth of sustainable energy and electrification.

The International Energy Agency (IEA) applauds Canada’s efforts to advance a people-centered approach to its clean energy transition, including initiatives to increase diversity and inclusion in the clean energy sector, programs to expand access to clean energy in northern, remote, and Indigenous communities, and actions to facilitate just transitions for coal workers and their communities. Canada has laid out a comprehensive set of legislative steps and investments across sectors to achieve its climate aspirations, including a major clean energy component to its COVID-19 economic recovery programs, said Natural Resources and Forestry Minister Dr. Birol.