An Overview of the European Union Emissions Trading System 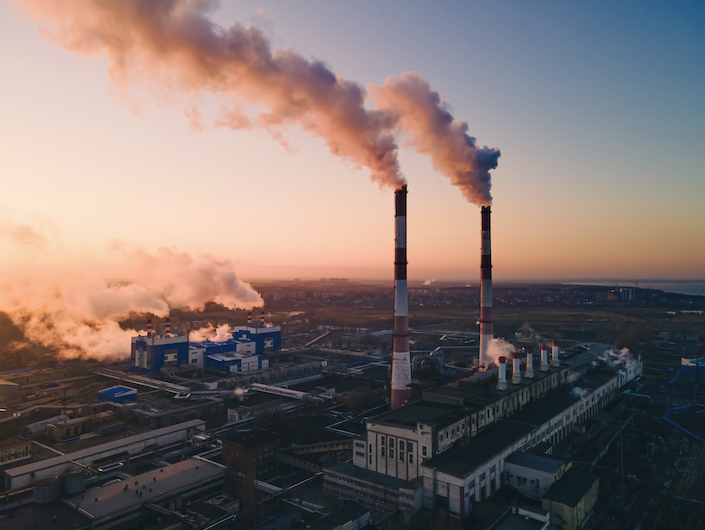 Carbon pricing is an effective policy instrument for accelerating the transition to renewable energy. By internalizing the social cost of greenhouse gas emissions, carbon pricing can foster low-carbon technology innovation, international collaboration, and energy-climate policy synergies. Emissions trading is one method of carbon pricing. Emissions trading is a market-based mechanism for lowering CO2 and other greenhouse gas emissions and thereby combating climate change. The underlying principle is quite straightforward. Policymakers determine the overall amount of CO2 that a group may emit and anyone who is a member of the group that emitts CO2 must have an emissions permit for each tonne of CO2 emitted. Allowances can be purchased by members of the group at government-sponsored auctions, for example, if CO2 emissions exceed allowances, penalties must be paid. This article takes a peek at the growth and development of the EU ETS.

Development of the EU ETS

The EU ETS is the cornerstone of the EU’s climate change policy and its primary tool for effectively decreasing greenhouse gas emissions. The EU ETS was established in 2005 and is the world’s first multinational emissions pricing scheme. The EU ETS follows the cap-and-trade model. This means that GHG permits are traded as a commodity on the EU carbon market. The EU ETS regulates stationary facilities such as power plants, industrial plants, big energy consumers and airlines. The total amount of greenhouse gases generated by all ETS-covered companies is subject to a quota or limit imposed by the EU. The EU also determines the rate of reduction of total emissions. To reach this goal, the cap is lowered each year. Reducing emissions reduces the number of carbon permits a corporation must surrender annually. Carbon allowances can then be saved for future usage. It can also sell the surplus carbon permits to another company in need. This cap and trade strategy encourages corporations to invest in emissions reduction technologies, reducing greenhouse gas emissions.

In October 2003, the European Parliament enacted a law establishing the EU ETS and regulating the first and second trade phases. The EU ETS’s initial phase was a pilot phase designed to evaluate the system. The Member States were allowed to determine the total number of EUAs to be allocated as well as the number to be allocated to each installation on their territory by developing national allocation plans (NAPs). Almost all EUAs were granted without charge and were based on historical emissions, a practice known as “grandfathering”. CO2 emissions from power and heat generation installations, as well as energy-intensive industrial sectors such as iron, steel, cement, and oil refining, were covered in this phase. The penalty for non-compliance was 40 euros per tonne of CO2.

This initial phase was successful in establishing a price for EUAs, enabling free commerce within the EU, and establishing an infrastructure for monitoring, reporting, and verifying real emissions from covered facilities. At minimal transaction costs, the ETS decreased approximately 200 million tonnes of CO2, or 3% of total confirmed emissions.However, after the first year of operation, when real-world emission data began to be published, it became clear that businesses had been allocated an excessive number of EUAs, resulting in an oversupply of EUAs and a subsequent decline in their price, which eventually reached zero at the end of the period.

Due to the fact that phase two coincided with the Kyoto Protocol’s first commitment period, the EU set a stricter emission cap by cutting the overall volume of EUAs by 6.5 percent from 2005 levels. During this phase, Iceland, Norway, and Liechtenstein joined the EU ETS, and the scope was expanded to include nitrous oxide produced by many Member States’ nitric acid manufacturing. Additionally, beginning  January 1, 2012, the plan encompassed flights within the borders of EU ETS member countries. The Member States may auction up to 10% of the allowances instead of allocating them freely. Non-compliance carried a penalty of 100 euros per tonne of CO2. Businesses were permitted to use credits obtained through the Kyoto Protocol’s Clean Development Mechanism (CDM) and Joint Implementation (JI), resulting in the market availability of 1.4 billion tons of CO2 equivalent credits, with the exception of those for nuclear facilities, agricultural and forestry activities. This action was intended to provide businesses with cost-effective mitigation choices, and it established the EU ETS as the primary driver of the international carbon market. However, the additional credits and the 2008 economic crisis, which resulted in a massive excess of EUAs, caused the price to collapse from 30 euros to less than 7 euros.

The European Commission (EC) amended the EU ETS for the third phase in 2009. These adjustments were made for a variety of reasons. To begin with, the collapse of EUAs during phase two significantly compromised the EU ETS’s trustworthiness. Second, as anticipated, the EU ETS did not result in significant reforms or movement toward renewable energy businesses or low-carbon technology. Thirdly, it proved to be less cost-effective than planned. Finally, it was the victim of numerous frauds and scams. To address the system’s inherent shortcomings, this phase’s adjustments included a uniform EU-wide emission cap that will help the EU meet its GHG reduction target more effectively. The cap dropped by 1.74%, resulting in a 21% reduction in emissions in 2020 compared to 2005.

The primary allocation technique was changed from grandfathering to auctioning, with some free allocation remaining depending on benchmarks. Allowances for more than 40% of certified emissions were auctioned in 2013. Although the auctions took place at the national level, the auctioning platforms were open to any country that participated in the EU ETS. The EU ETS Auctioning Regulation regulates the auction process to ensure that it is open, transparent, standardised, and non-discriminatory. According to the modified EU ETS Directive, auctions must meet requirements such as predictability, cost-efficiency, equitable access to auctions and concurrent access to essential information for all operators.

The primary obstacle in the third trading period was the enormous surplus of EUAs transferred from the second to the third trading periods, which resulted in an EUA price of just 3-7 euros. As a result, the EU agreed to postpone the auction of 900 million EUAs until the trade period’s conclusion, which was adopted only after a long and controversial political process. Additionally, the European Commission proposed implementing a market stability reserve during the next trading period, which would change auction volumes to balance demand and supply.

EU ETS renewal in the Fit for 55 climate package

In June 2021, the EU member states adopted a new climate rule that commits the EU to a net greenhouse gas reduction of at least 55% by 2030 compared to 1990. In July 2021, the European Commission unveiled its “Fit for 55” package of new rules and legislative initiatives, which included a renewal of the EU ETS. The primary modifications proposed by the Commission to the carbon trading system are:

In conclusion, carbon markets are increasingly being used to limit GHG emissions globally. China is currently implementing a national carbon trading mechanism that should be operational by 2020. Many more states have announced plans to use carbon markets to meet their Paris Agreement goals. Despite the global proliferation of carbon markets as a fundamental policy tool to combat climate change, the actual data is equivocal. Worse, academics, officials, and market participants doubt the carbon market’s efficiency. The EU ETS has been effective in lowering carbon emissions across Europe rather than relying on carbon prices. Statistical models show that the EU ETS lowered CO2 emissions beyond the reductions caused by the 2007/2008 financial crisis. Between 2008 and 2016, EU carbon markets saved approximately 1.2 billion tons of CO2, or approximately 3.8 percent of total emissions.