According to the International Energy Agency, more than 130 countries have set or are considering a goal of achieving net-zero emissions by 2050. Research by the United Nations Framework Convention on Climate Change (UNFCCC) revealed that in order to achieve net-zero emissions on a global scale, the sum of $125 trillion in climate investment is needed by 2050. 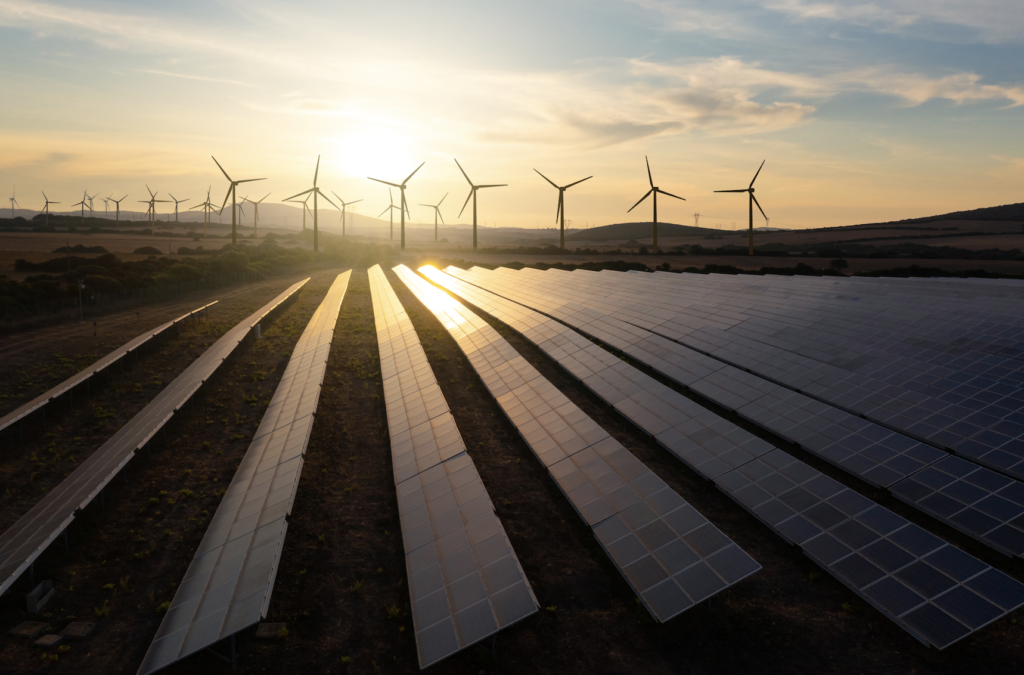 While that level of investment has not yet been reached, it is well on its way to being reached in the near future. Worldwide spending on the implementation of low-carbon energy technology reached $755 billion in 2021, representing a 27% increase over the previous year. The top ten countries collectively invested $561 billion in the energy transition, accounting for approximately three-quarters of the total global investment.

Every year, the Business Network for Energy Efficiency (BNEF) releases Energy Transition Investment Trends, which details how much money firms, financial institutions, governments, and end-users are putting into the low-carbon energy transition. Renewable energy, which includes wind, solar, and other renewables, continues to be the most profitable sector in terms of investment, setting a new record of $366 billion in commitments in 2021, an increase of 6.5% over the previous year. A total of $273 billion was invested in electrified transportation, which includes spending on electric vehicles and accompanying infrastructure. It was the second-largest sector overall. Electric cars are becoming more popular, and the electric car market grew by 77% in 2021, which could make it more valuable than renewable energy by 2022.

Investment in the Energy Transition, broken down by country

Overall, the top ten countries invested a total of $561 billion in the energy transition, accounting for about three-quarters of the total worldwide investment. China boosted its overall energy transition investment by 60% from 2020 levels, further solidifying its position as the world’s leading energy transition investor with $266 billion committed by the end of 2021. Electrified transportation accounts for a significant share of the country’s wind and solar capacity expansion in 2021, which is projected to expand by 19% in total. Following that, the United States invested $114 billion on clean energy last year, an increase of 17% from the previous year.

In all three regions included in the report: Asia Pacific (APAC), Europe, and the Middle East, record amounts of money were invested by each. APAC was both the largest region for investment, accounting for $368 billion, almost half of the total worldwide investment, and the region with the fastest growth, projected to reach 38% in 2021. Energy transition investment in Europe and the Middle East increased by 16% in 2021, reaching $236. The EU member states as a whole made a large total of $154 billion. Germany, the United Kingdom, and France rounded out the top five countries in the EUfor energy transition investment in 2021 with their respective investments. In terms of investment in the energy transition, Asia-Pacific countries now make up four of the top ten places.

Renewables accounted for nearly 50% of total investment in 2021. Electrified transportation was a major driver of growth, as several countries raced ahead of the pack in the transition to electric vehicles. Nuclear power has also attracted approximately $32 billion in investment, as the public’s confidence in the technology’s ability to provide steady, carbon-free electricity grows. However, the most significant overall percentage growth was found in sustainable materials such as recycling and bioplastics, which saw investment activity more than quadruple in 2021 compared to the previous year. It was reported that investment increased in practically every industry included in the research. These sectors included renewable energy and energy storage, electric transportation and electrified heat, as well as nuclear energy, hydrogen energy, and sustainable materials. Only carbon capture and storage (CCS) saw a decrease in investment despite the fact that numerous new projects were announced throughout the year. Nuclear power is mentioned as a low-carbon technology in the report.

According to Albert Cheung, Head of Analysis at BloombergNEF, “The global commodities shortage has generated new obstacles for the clean energy sector, such as rising input costs for key technologies such as solar modules, wind turbines, and battery packs.” An increase of 27% in energy transition investment by 2021 is an optimistic sign that investors, governments, and businesses are now more committed than ever to the low-carbon transition and regard it as an important part of the solution to today’s volatile energy markets.

Getting back on pace to achieve net zero

The BNEF’s New Energy Outlook (NEO) for 2021 outlined three different scenarios (named “Green,” “Red”, and “Gray”) for achieving global net-zero energy by 2050 while keeping global warming to 1.5 degrees Celsius or below. When compared to NEO, today’s analysis reveals that investment levels must more than triple, averaging $2.1 trillion per year between 2022 and 2025, in order to be on pace for any of the three scenarios discussed above. They will then have to quadruple again, to an average of $4.2 trillion between 2026 and 2030, to reach their full potential. At present growth rates, the electrified transportation sector appears to have the best chance of achieving such levels of investment; other sectors, on the other hand, appear to have a lower probability of achieving such levels. Matthias Kimmel, Head of Energy Economics at BNEF, stated that, “The world is rapidly running out of carbon budget in order to meet the targets of the Paris Agreement. The energy transformation has already started and is advancing at a faster pace than ever, but governments will need to mobilize significantly more money in the coming years if we are to achieve net zero emissions by 2050.”

A further finding of the research is that climate-tech corporate funding exceeded $165 billion in 2021. Investments in this category, which are not included in the total of $755 billion, are defined as fresh equity funding raised by enterprises in the climate-tech sector, either from the public markets or from private investors. During the next few years, this funding will be utilized to expand the operations of these companies as well as to further develop their technology. It is estimated that almost two-thirds of this investment came through public markets, including SPAC reverse mergers, and that the great majority went to corporations in the energy and transportation industries. The BNEF’s Claire Curry, who is in charge of technology and innovation, stated that there has never been more money available to enterprises tackling the most difficult issues of climate change. While it is true that we have solutions that are ready to be implemented right now, there is still a need for ongoing innovation. As climate technology continues to grow and scale-up, all types of corporate financing will play a vital role in assisting with its development and scaling up.

BloombergNEF head of analysis, Albert Cheung, stated that “a 27% increase in energy transition investment in 2021 is an encouraging sign that investors, governments, and businesses are more committed than ever before to the low-carbon transition and see it as a part of the solution to the current turmoil in the energy markets”. Despite this, investment levels remain well below the levels required to achieve global net-zero emissions by 2050. According to the BNEF, investment needs to more than triple to an average of USD 2.1 trillion per year in the decade 2022-2025 in order to achieve its net-zero scenarios. Then, between 2026 and 2030, investment must increase by an average of USD 4.2 trillion each year to achieve the target.