Nuclear Energy – a Dilemma or Solution 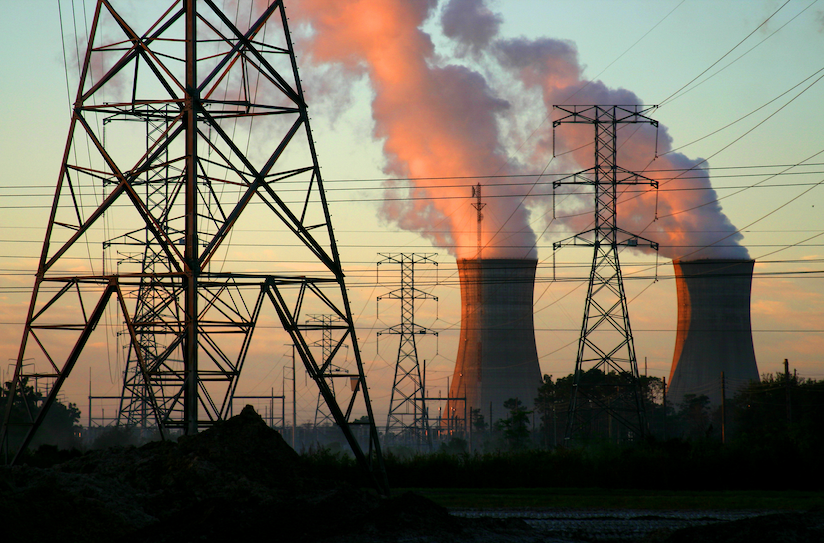 As the world moves away from carbon-emitting fossil fuels, a void will be left that must be addressed in order to keep the lights on. Renewable energy is, of course, the answer, but due to its instability and inability to be stored, some governments have turned to nuclear energy, a solution that many have deemed dangerous. Solar energy, wind energy, geothermal energy, hybrids, and electric vehicles are all climate solutions that are safer, more affordable, faster, more secure, and less wasteful than nuclear energy. If we are to prevent the worst repercussions of climate change, enjoy energy security, jump-start economies, and generate jobs, countries need a major flood of investment in renewable energy solutions.

What is Nuclear Energy?

Nuclear energy is generated by splitting atoms in a reactor to convert water to steam, which is then used to spin a turbine and generate electricity. It is a low-carbon source of energy because, unlike coal, oil, or gas-fired power plants, nuclear power plants emit almost no CO2. Nuclear reactors produce about a third of the world’s carbon-free electricity and are critical to achieving climate change targets.  According to Bill Gates, the billionaire philanthropist, technologist, and climate change activist, “nuclear energy will definitely be politically acceptable…it must overcome the stigma associated with the atomic bomb and nuclear disasters” and Gates believes this is a necessary, worthwhile, and surmountable issue. The need for clean energy is increasing and nuclear power facilities emit no greenhouse gases during operation. Gates also added that recent advancements in nuclear technology are making nuclear energy safer and more economical, and countries worldwide are beginning to accept nuclear energy.

Nuclear Energy in the USA

The United States of America is the world’s largest producer of nuclear energy. It accounts for more than 30% of global nuclear energy generation. In 2019, the country’s nuclear reactors generated 843 billion kilowatt-hours (kWh), or roughly 19 percent of total electrical output. Following a 30-year era during which few new reactors were built, two further units were projected to come online shortly after 2020 as a result of 16 license applications submitted since mid-2007 for the construction of 24 new nuclear reactors. US President Joe Biden is cautiously embracing nuclear energy, despite persistent safety concerns, in order to contribute to the country’s objective of achieving a net-zero carbon economy by 2050. According to his climate adviser, Gina McCarthy, the United States’ 94 nuclear power reactors, the most of any country, will be “extremely critical” to meeting Biden’s climate estimates.

According to the US Department of Energy, it would take 3 million solar panels or more than 400 wind turbines to generate the same amount of energy as a 1-gigawatt reactor. “Solar energy is beneficial, wind is beneficial, battery storage is enough. However, these are not the complete technological response to the question. As Stoddard stated, “Nuclear energy will remain a critical component of the equation for the foreseeable future if we are to achieve carbon-free electricity.

Africa’s electricity demand will triple by 2050. Currently faced with electricity shortages, environmental concerns, and the prospect of drought, more African countries are contemplating nuclear energy. The introduction of new, smaller, safer, and more flexible designs which are set to hit the market in the next decade will make nuclear energy attractive.

South Africa is the only African country currently producing energy from nuclear power, with two operational nuclear reactors with a combined net capacity of 1.9 GWe. Nuclear power generated 5.9% of the country’s electricity in 2020. South Africa is dedicated to expanding its capacity, but it faces substantial financial challenges. The International Atomic Energy Agency reports that a third of the nearly 30 countries contemplating nuclear power are in Africa. According to the IAEA, Algeria, Tunisia, Uganda, and Zambia are considering nuclear power. According to public declarations and the World Nuclear Association (WNA), at least seven Sub-Saharan African states have signed agreements to deploy nuclear power with Russian support. This means that Africa is embracing nuclear energy despite indications that solar and wind power could be a cheaper and greener option to enhance electricity generation in Africa.

Egypt and Ghana are pressing ahead with nuclear plans, claiming it is low-carbon and can provide a stable backup to renewables like solar and wind. Nuclear energy is “clean and sustainable,” claimed Prince Akor Larbi, a technician with the Ghana Atomic Energy Commission. The drying of hydroelectric dams due to climate change is driving the demand for nuclear power in Southern Africa. Most of the electricity in Southern Africa comes from these dams, particularly Lake Kariba. After the lake’s water level dropped, the Zimbabwe Electricity Supply Authority initiated 18-hour load-shedding in early 2019. According to Mwape Chipala, spokeswoman for the energy ministry, Zambia is currently exploring adding nuclear power to its energy mix.

Nuclear energy in other countries

Despite Germany’s emphasis on nuclear energy decommissioning, the country is not the only one in Europe phasing out nuclear energy. Italy, Belgium, and Switzerland have likewise chosen to abandon or phase out nuclear energy. Others, including Denmark, Ireland, Portugal, and Austria, will maintain their nuclear-free status. Britain, France, Poland, Finland, the Czech Republic, Slovakia, and Hungary all want to keep nuclear power in their energy mix and are considering new reactor construction. The French government enacted an energy transition bill in 2015, committing the country to reducing its reliance on nuclear energy from 75% to 50% by 2025. However, the administration stated in November 2017 that this objective was unattainable and would jeopardize supply security.

Canada has 19 operational nuclear reactors with a 13.6 GWE net capacity. In 2020, nuclear power generated 14.6% of US electricity. Except for one, Ontario has all 19 nuclear reactors. Ten of them—six in Bruce and four in Darlington—will be refurbished. In early 2021, China had 16 of the 54 reactors under development globally. China ordered two new designs in 2018 – the AP1000 and the EPR. The desire to improve urban air quality and reduce greenhouse gas emissions is driving new nuclear power development in China. The government’s declared long-term goal is to reach 58 GWE capacity by 2020, with 30 GWE more under construction. Japan has 33 operational nuclear reactors, totaling 31.7 GWE. Following the Fukushima disaster in 2011, ten reactors had been restarted by June 2021, with another 15 awaiting approval.

Some reasons why people are generally opposed to nuclear power

There is no easy way to alter the world’s energy grid in only a few decades. Since the 1970s, the world has been bound by fossil fuel interests, politics, and business as usual inertia, making it difficult to scale up alternatives. Magical thinking about solving the climate catastrophe without imaginative and large-scale action is perhaps the worst type.