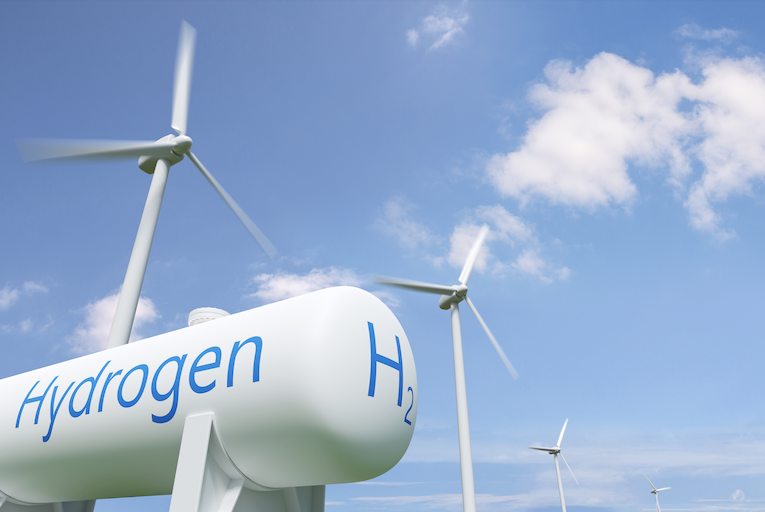 President Hage Geingob stated in his New Year’s speech that Namibia will receive N$100 million in concession fees from HYPHEN, the preferred bidder for the development of the country’s first large-scale vertically integrated green hydrogen project in the Tsau/Khaeb national park. He stated that his official visits to the United States and the COP26 United Nations Climate Change Conference demonstrated progress in promoting Namibia’s green hydrogen generation potential. The President also stated that Namibia’s green hydrogen policy would attract additional investment and position the country as a regional and worldwide leader in decarbonisation.

He stated that in 2022, economic recovery and growth, job creation, and fundamental needs such as housing and sanitation will continue to be top priorities. In his New Year’s speech, Geingob added that the prosperity plan sought to jump-start Namibia’s economic recovery and growth, as well as to generate constructive jobs for the people, particularly the unemployed youth. Hyphen Hydrogen Energy asserts that the project will produce around 15,000 direct jobs throughout development. During operation, it would employ approximately 3,000 people and Namibians would fill more than 90% of these positions.

Several global entities expressed interest after Namibia’s government solicited proposals for the development of two distinct but neighboring locations for major desalination facilities. The sites would contain wind and solar farms, as well as electrolyser systems that split water into hydrogen and oxygen using electricity that would be utilized to generate green hydrogen and ammonia for export.

Namibia received nine offers from six developers for the two sites, including Sasol Ltd. of South Africa, Fortescue Metals Group Ltd. of Australia, and Enertrag AG of Germany, which is a shareholder in Hyphen Hydrogen Energy (Pty) Ltd., the developer that was granted both locations. The Namibian government selected Hyphen Hydrogen Energy as their preferred bidder in November 2021. The proposed $9.4 billion project would be located in the southwest’s Tsau Khaeb National Park. A total of 300,000 tonnes of green hydrogen would be produced annually. Hyphen Hydrogen Energy intends to begin generating in 2026, following a $4.4 billion initial 2 GW phase. The extension will raise renewable energy capacity to 5 GW and electrolyser capacity to 3 GW by the late 2020s.

On November 4, 2021, Presidential Economic Advisor James Mnyupe declared during a ceremony at the COP26 Commonwealth Pavilion that the project was inextricably linked to the Namibian government’s vision for green hydrogen and the Karas region in southern Namibia. While the primary focus will be on exporting to Europe, Mnyupe indicated that a portion of the products might be sold to neighboring states in order to capitalize on our leaders’ vision for an African Continental Free Trade Area.

According to HYPHEN CEO Marco Raffinetti, the first $4.4 billion phase of the project would comprise the development of 2 GW of renewable energy capacity and electrolyzer capacity for the manufacture of green hydrogen for conversion to green conversion ammonia. The project will make use of desalinated water, part of which will be provided to the settlements surrounding Luderitz. Additional expansion stages in the late 2020s would bring the total investment value to $9.4 billion, approximately equal to Namibia’s current gross domestic product. Also, according to Dr. Tobias Bischof-Niemz, director of HYPHEN and CEO of ENERTRAG South Africa, the investment is a “milestone” in Namibia’s ambition to become a significant international producer of green hydrogen. Once finished, the integrated complex will have a 5 GW renewable energy capacity and a 3 GW electrolyzer capacity, with surplus energy capacity to be sold to Namibia’s grid and maybe to the regional power pool. Experts agree that green hydrogen, a carbon-neutral, harmless gas produced from renewable energy will be critical in attaining a green gas-neutral economy by 2050, aiding the nation in combating global warming.

Namibia has previously received money from the German government totaling $45.3 million for research, feasibility studies, and pilot projects, including green hydrogen. Namibia’s enormous natural resources, according to the German government, might help it manufacture the world’s cheapest green hydrogen, which is critical for reducing carbon emissions to net-zero levels by 2050. Namibia is one of a number of countries vying for a piece of the green energy pie. Worldwide, from Morocco to Australia to Chile, efforts are being made to expand hydrogen generation. According to the US Department of Energy, the race to develop clean hydrogen is this generation’s “moonshot.” According to consultancy firm Wood Mackenzie, there has been a 50-fold rise in announced green hydrogen projects globally during the previous 12 months. However, such endeavors necessitate substantial infrastructural investment.

In addition to wind and solar energy, Namibia has a number of advantages. According to Transparency International’s Corruption Perceptions Index, the country ranks sixth in corruption levels out of 49 countries in Sub-Saharan Africa. Also, doing business in Namibia is relatively straightforward, according to Margaret Mutschler, director of Tumoneni Hydrogen Energy, a Namibian firm owned by CWP H1 Energy, a renewable energy development company that bid on one of the green hydrogen sites.

Namibia is the newest Sub-Saharan African country to enter the global battle for green hydrogen, with significant natural resources bolstering its position as a potential centre for green energy.