The EU stated on January 1, 2022, that it sees a role for gas and nuclear energy "as a method of facilitating the transition to a largely renewable energy future". The commission's drive to classify nuclear energy and natural gas as environmentally friendly investments comes after months of discussion and political lobbying. 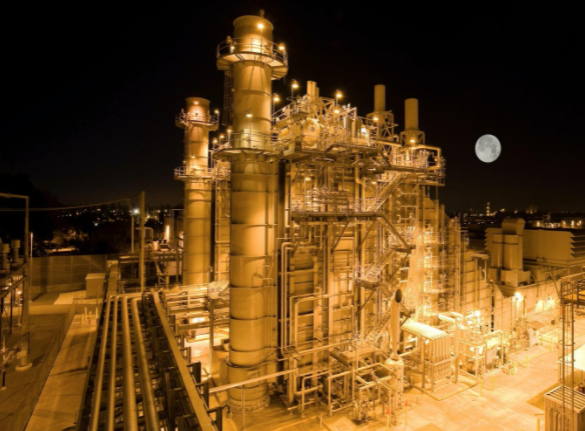 The EU stated on January 1, 2022, that it sees a role for gas and nuclear energy “as a method of facilitating the transition to a largely renewable energy future”. The commission’s drive to classify nuclear energy and natural gas as environmentally friendly investments comes after months of discussion and political lobbying. Several EU member states have suggested that gas may serve as a “bridge” fuel, allowing them to transition away from investments in high-polluting alternatives such as coal.

What is the significance of the proposed plan?

The EU Taxonomy guides and mobilises private investment in activities that are needed to achieve climate neutrality in the next 30 years. The current energy mix in Europe differs from each Member state,  some of which still rely on high-carbon coal. Taking into account scientific advice, current technical advancements, and varied transition obstacles among Member States, the Commission believes that natural gas and nuclear energy can help ease the transition to a more renewable future. This proposed plan must be responded to by January 12 and if  approved by majority of the Member states, the measure will take effect in 2023. To achieve a low-carbon, renewable energy mix, the Commission stated that the plan would deem natural gas and nuclear energy as “transitional” green energy sources to be utilized to bridge countries’ transitions away from coal and other carbon-emitting energy sources toward clean energy technologies such as wind and solar.

Opinions on the proposed plan in EU countries

Environmentalists say labeling natural gas, a fossil fuel, as green would delay urgent climate action and damage the EU’s credibility as a global leader. Germany, Austria, and Luxembourg all opposed the initiative, citing cost and radioactive waste worries. Robert Habeck, Germany’s new economy and climate minister, said the EU’s proposals “water down the positive label for sustainability and it is doubtful whether this greenwashing will ever find approval in the financial market.” He added that the idea “dilutes the positive label for sustainability and adding fossil gas to the classification is “questionable.”

Also, Austrian Climate Minister Leonore Gewessler indicated the government would sue if the commission’s plans came to fruition. He stated on twitter that fossil fuels are damaging to the climate and environment and will destroy the future of our children. A Green Party MEP said it was “absolutely incorrect” for the EU to designate nuclear energy as a “sustainable economic activity”. Officials in Austria and environmentalists say these should not be green-labeled, even temporarily. The idea hasn’t become law yet, but investors, who should gain from more clarity, have worries. According to Francesco Filia, CEO of Fasanara Capital, this action will cause some difficulty for allocators as it appears to be a subtle acknowledgement that these energy sources are not sustainable. He stated that his team will keep investing in sustainable projects that meet the fund’s standards.

Globally, the EU’s taxonomy list helps investors steer billions of euros towards projects that align with the bloc’s decarbonization efforts. “This action goes against the EU’s Green Deal goals,” said Paul Bell, senior director of communications for Transport and Environment in Brussels. No more green money and no more EU sustainable future with trillions of euros allocated for gas and biofuels. “Now the Parliament and Council must act,” Bell said.

The new German administration has criticized the European Commission’s proposal to designate nuclear energy as a sustainable investment, while ministers from the coalition partners disagree. All three coalition partners — the SPD, Greens, and FDP — oppose the nuclear labeling idea. Svenja Schulze (SPD) said the proposal was “wrong at the EU level” and “absurd globally”. “Nuclear electricity is too unsafe, expensive, and slow,” she warned. The financial market may not tolerate this greenwashing at all. “To call nuclear energy sustainable is a misnomer.” “It is doubtful whether this greenwashing can gain acceptability in the financial market,” said the Green Party leader.

On the other hand, pro-nuclear governments, including France, the Czech Republic, and Hungary, pushed for the inclusion of natural gas and nuclear energy in the EU’s taxonomy list. The FDP Finance Minister, Christian Lindner, also hailed the inclusion of fossil gas. Lindner told Süddeutsche Zeitung that Germany needs modern gas-fired power facilities to replace coal and nuclear power as a transitional technology. “The plants should be able to use hydrogen later on for climate neutrality.” So the German government pushed for the necessary investments, he said. “I am grateful that the Commission has clearly taken up arguments,” Lindner stated, calling for “further improvements”. In addition, Isobel Edwards, a green bond analyst at NN Investment Partners, said investors had to fully explain how funding nuclear or natural gas projects was sustainable. Investors can now easily state that “it’s only in the taxonomy,” making such moves easier to justify. According to a draft seen by Politico, the EU plan acknowledges that the natural gas and nuclear energy industries can help decarbonize the EU economy.

The implication of this decision on Africa

The European Union’s groundbreaking plan to identify natural gas as a green energy source has heeded Africa’s appeal for a fair and equitable transformation. Africa has long battled for sustainable development because of the devastating effects that even minor climatic changes may have on the continent and its people. But for a sustainable future, Africa must industrialize and have the same opportunities as Europe.

The African Energy Chamber hailed the EU’s plan as a milestone move that warrants a positive view for an inclusive energy transition. It took an energy crisis to spur legislation that could boost Africa’s energy supply. The West’s current pressure to adapt to greener energy systems has so far been exclusive in its understanding that transitions vary in form and time between regions. Africa risks being left behind in the energy transition if it restricts investment in energy sources such as gas. Africans must be permitted to time their own energy transition. A just energy transition looks like labeling natural gas as green energy, and now we need to fund it. In order to capitalize on this, the African Green Energy Summit will explicitly clarify initiatives and viewpoints ahead of this year’s COP27.

Europe and Africa can work together for a better future. Instead of serving a privileged few, the two continents may put aside their differences and work together towards sustainable development, paving the way for a new approach to Africa’s energy business. This new idea will allow Europe to unleash billions of euros in financial and sustainable energy funding to boost gas as a transitional energy source. For project finance, the EU will want to import whatever natural gas Africa produces, which opens the door to serious negotiations about increasing energy access across the continent.

It’s not time to go back to Africa’s old methods, says the African Energy Chamber. Now is the time for African oil and gas producers to stimulate as much exploration and production as possible, notably through IOCs, NOCs, and African independents. African oil and gas producers will need to lobby for knowledge transfers, training, gas monetization programs, and other strategic opportunities to ensure a just and inclusive energy transition.