As the renewable energy sector in Africa is booming, it becomes increasingly more important to talk about international cooperation and the impact of regional 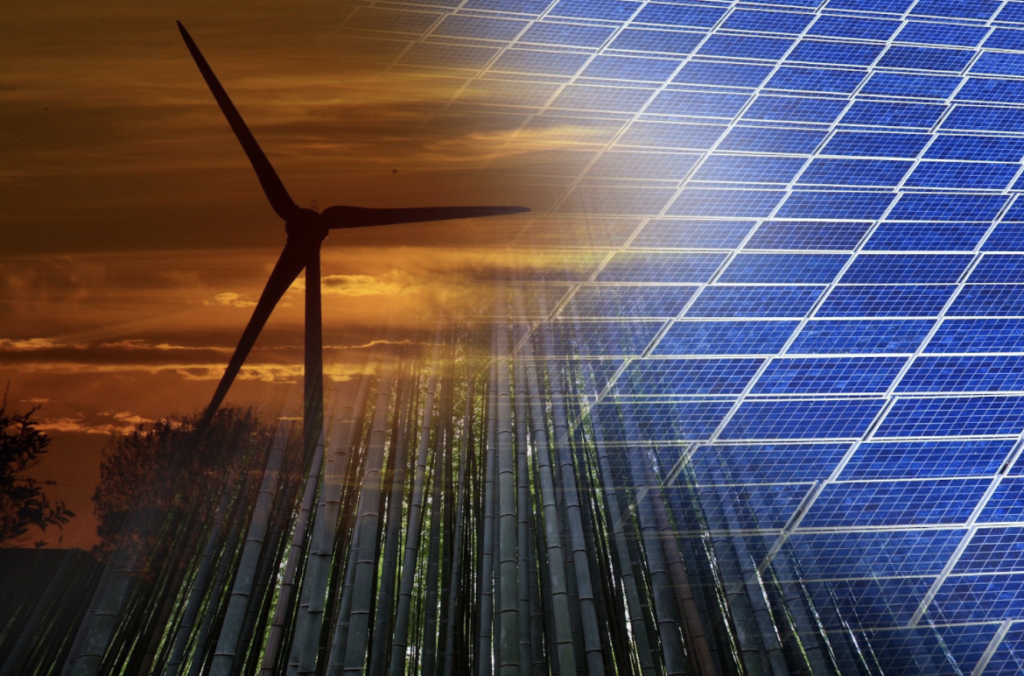 As the renewable energy sector in Africa is booming, it becomes increasingly more important to talk about international cooperation and the impact of regional investments in Africa. Currently, China is increasingly investing into renewable energy projects in sub-Saharan Africa, forging closer ties and dependencies between the Chinese economy and various African economies. At the same time, Saudi Arabia has heavily invested into large-scale solar projects in Egypt and South Africa. The prospect of a future Saudi – Chinese – Japanese renewable energy project in Africa will be discussed in this article, since Saudi Arabia maintains close economic and diplomatic relationships with China and Japan.

If your business is seeking to contribute to such a cooperation, or if you are an ambitious investor, now is the time to read, connect and strategize!

Involvement in Renewables at a Glance

Despite that last year, Saudi Arabia’s economic investments into Africa were still described as in their early stages, the kingdom has made headlines for supporting African countries in their post-Covid-19 recovery with investments and loans totalling EUR 1.000.000.000. Both domestically and in Africa, Saudi Arabia possesses an interest in becoming a driving force in the renewable energy sector and transition. By 2030, it aims to generate 50% of its energy from renewables and during the ‘Renpower Nigeria Investors 2021’ conference earlier this year, Saudi solar energy firm Desert Technologies (DT) announced that it is planning to invest into solar energy in Nigeria.

Other ambitious goals of the Saudi Green Initiative (SGI) at the domestic level relate to its first utility-scale (300MW) solar PV plant in Sakaka, which started operating in April 2021, the maintenance and development of 9 solar and wind power projects totalling an energy generation capacity of 3.760MW, projects such as The Line and the Red Sea Project as well as Neom and ACWA Power’s green hydrogen plant. Abroad, Saudi Arabia has built strategic alliances with both China and Japan.

The oil company Saudi Aramco and the Japanese Institute of Energy Economics (IEEJ), in cooperation with Saudi Basic Industries Corp. (SABIC), are working on a project to support the sustainable use of hydrogen, among others, as part of Japan’s net zero carbon strategy. In September 2020, 40 tons of blue ammonia were shipped to Japan in this effort. Beyond that, the Japanese trading house Marubeni was engaged to open a mega solar plant in Saudi Arabia by July 2023. Whereas Saudi Arabia has hence built up a strategic relationship with Japan to become one of the global leaders of the energy transition, the kingdom is also strongly cooperating with China.

In June 2021, researchers from Saudi Arabia and China developed a tool which generates electricity while it desalinates seawater. Especially, due to China’s increasing competence in the manufacturing of renewable energy equipment, Saudi Arabia might be interested in maintaining its economic and diplomatic ties with China, the biggest importer of Saudi oil. In addition, China’s decade-long presence in Africa and its involvement in the renewables sector in sub-Saharan Africa might make it a strategic long-term ally.

Among three projects in the renewables sector, researchers observed the tendency that local workers were employed temporarily filling low-skilled labour positions, which limited opportunities to grow know-how in different phases of the service delivery. In addition, the import of technologies and equipment from Chinese companies dominated some of the projects, mirroring a low local bargaining power. Recommendations to increase co-benefits include to:

Not only in sub-Saharan Africa but also at home, China is known for its strength in the solar energy sector producing 50% of the world’s polysilicon, an indispensable raw material in the manufacturing of solar cells, and constituting the largest producer of solar energy products in the world. Thereby, Xinjiang’s new energy electricity generation reached 84.5 billion kilowatt-hours producing 24% of Xinjiang’s electricity in 2020. Despite its major expertise and output, China has been heavily criticized for using forced labour in the supply chain with the U.S. having banned imports from Xinjiang and the UK Foreign Affairs Committee asking to emulate after publishing a report about human rights violations committed against Ughyurs and beyond.

As Daqo New Energy, a Chinese manufacturer of polysilicon, has listed on the Shanghai Stock Exchange, Xinjiang’s energy efficiency capacity skyrocketed and as the interdependency between China’s and Africa’s economies deepened, it becomes necessary to think about mutual prospects in the renewables sector also from a labour, human right and development perspective. Especially, because Africa’s renewables sector is affected by financial, institutional, technical and bureaucratic constraints, building partnerships wherethrough local institutions are strengthened, local production is increased and local expertise is built, might benefit the region and investors.

For China, a change in their strategy might additionally mean to send a message to the international community, while for Saudi Arabia, Japan and other countries such a strategy could constitute a major chance of partnering with Africa as a growing market for renewable energy which is geographically located in proximity to Europe. Whereas a cooperation between China and Japan would be surprising considering the countries’ diplomatic ties, both Saudi Arabia and Japan would have to offer innovation for investing together into the African renewables sector.

Only recently, the Ministry of Economy, Trade and Industry (METI) revised its 2030 targets planning to double renewables. More precisely, aiming to derive 36-38% of energy from renewables, this strategy will cut down coal to 19% and oil to 2% should it be successfully implemented. Whereas new fuels like hydrogen and ammonia were also planned to contribute 1% to the overall energy landscape, critics remarked that it was not specified whether these fuels would be green.

In December 2020, Japan presented its ‘Green Growth Strategy in line with Carbon Neutrality in 2050’, which aims to create stronger ties between business, economic growth and environmental protection across 14 sub-sectors of the energy and transport/manufacturing sectors as well as housing and building, resource circulation and the lifestyle-related industry. Ten years after the Fukushima Daiichi nuclear disaster, Japan’s nuclear generation has decreased significantly, but the country is yet to find ways to ‘mainstream’ hydrogen. Whereas the Tokyo Olympics 2021 were partially powered by green hydrogen, this is yet a growing field.

Abroad, Japan has currently liaised with the United Arab Emirates (UAE) to discuss a cooperation in the fields of hydrogen and ammonia.The resulting agreement between the Abu Dhabi National Oil Company (ANDOC) and several Japanese ministries will result in a feasibility study of the production of ammonia with reduced CO2 emissions. Japan maintains economic relations with both UAE and Saudi Arabia, which might optimally work towards building strategic relationships to influence the renewables sector at a global scale.

During the 3rd  Japan-Africa Business Forum, Henry Mussa, Minister of Industry, Trade and Tourism in Malawi appealed to Japan the benefits of investing into the country. Especially, since Malawi’s energy sector has recently gone through restructuring efforts, Malawi constitutes an emerging market with new potential. With prices for wind and solar energy in neighbouring Mozambique falling and undercutting fossil fuels, Malawi and Mozambique indeed constitute markets for investment. Despite that Japan wants to establish itself as a hydrogen power on the global market, it might hence benefit from using its relationship with Saudi Arabia to also drive wind and solar energy projects in Africa as an emerging market with proximity to Europe.