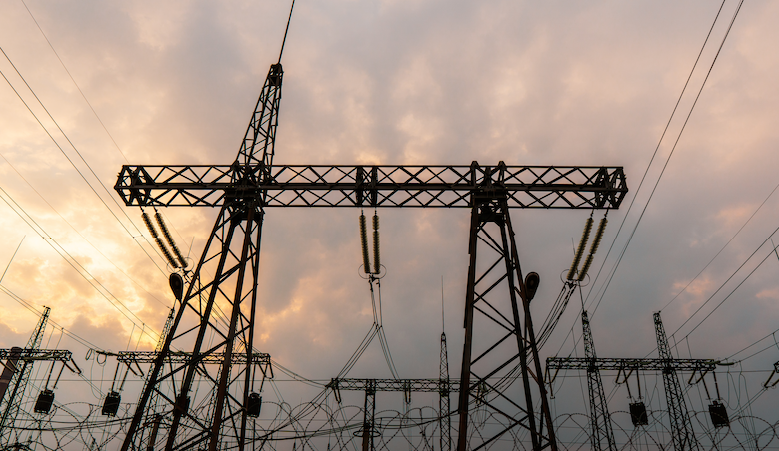 As a usual practice, in 2020, the WEC prepared the annual World Energy Trilemma Index intending to shed light on the relative energy performance of different countries, which were assessed in relation to  energy security, energy equity, and environmental sustainability. The Index identified the obstacles faced by several countries in resolving the energy trilemma and chances for progress in fulfilling current and future energy targets as well as educate policymakers, energy executives, and members of the investing and finance sectors. The index rankings enable cross-country comparisons on each of the three dimensions, whilst historical indexed cores shed light on each country’s performance trends over time. This article takes a glance at how much progress African countries have made in the last one year using the 2020 World Energy Trilemma Index as a yardstick.

African countries, which were represented in this year’s World Energy Trilemma Index span across the continent and includes North and Sub-Saharan Africa. The African continent encompasses a vast geographical and populous area with an estimated population of over 1.3 billion people, or approximately 17% of the world’s population. Countries significantly differ in terms of demographics, possession of energy and mineral resources, economic development, industrialisation, energy consumption, and energy performance, and as a result, energy performance varies across the continent and the path to energy transition will be different for every country.

According to the index ranking, 28 African countries’ performance was assessed. Out of the 15 least countries, 13 were located in Africa and they are: Niger (108), Benin (107), The DRC (106), Malawi (105), Madagascar (104), Mozambique (103), Ethiopia (101), Senegal (100), Tanzania (99), Mauritania (98), Zambia (97), Zimbabwe (96) and Nigeria (95). Under the sustainability ranking, Benin, Niger and Nigeria were ranked the least. Under energy equity, Niger, The DRC, Malawi, Madagascar, Mozambique, Benin, Nigeria, Ethiopia, Zambia, Senegal and Mauritania are the least ranked. Lastly, under energy security, Niger, Benin, The DRC, Ethiopia, Senegal and Nepal are the least ranked.

Over five years from 2000 to 2020, an analysis of energy equity improvements reveals that sub-Saharan African countries such as Kenya, Tanzania, Ethiopia, and Niger as well as countries in Southeast Asia, such as Cambodia and Bangladesh, consistently rank among the top ten improvers of energy equity over five years. This shows that several developing countries have made remarkable strides in the last two decades in terms of energy access and affordability.

There is no doubt that the impact of the 2015 SDG7 agreement has undoubtedly aided some of these countries in improving their scores over the last five years, with east African neighbors Tanzania (80% improvement in energy equity score) and Kenya (70%) being the fastest improvers during this time. Madagascar (62% improvement) and Malawi (50% improvement) are the other two fastest-growing sub-Saharan countries over the last decade, albeit not among the top ten since 2000.

Overall, South Africa ranked 74 out of 108. More concretely, it was ranked 73 in energy security, 69 in energy equity and 83 in environmental sustainability. Access to modern energy services continues to be high in South Africa and arguably contributes to its high ranking. Energy security improved as a result of the restart of the Renewable Energy Program and a reduction in electricity load shedding. Also, electricity demand is expected to remain below 2019 levels throughout 2022 due to suppressed demand caused by certain sectors struggling to operate in the current climate of electricity shortages. These shortages are expected to persist until the new generation comes online in 2022, or more likely in 2023, as a result of the Risk Mitigation Independent Power Producer Procurement Program (RMIPPPP).

Egypt, which accounted for 22% of Africa’s demand in 2019, ranked 78 overall, 57 in energy security, 51 in energy equity and 102 in environmental sustainability. Over the last decade, Egypt’s performance in the World Energy Trilemma Index demonstrates a slight decline in sustainability and equity, with energy security remaining stable as the country ramped up gas production from offshore fields and reversed a decline in oil production. Additionally, it has made significant strides in the deployment of renewable energy, primarily solar, and with regard to diversifying its energy sources.

Angola ranked among the top 5 under the energy security and energy sustainability dimension. Overall, it ranked 70, 14 in energy security, 91 in energy equity and 17 in environmental sustainability. The country is successfully exploiting its oil reserves while maintaining a low-carbon generation mix, which is 58% hydroelectric and has developed an integrated transmission network to improve the electricity supply throughout the country. Angola is Africa’s second largest oil producer behind Nigeria. Angola’s economy is heavily reliant on hydrocarbon production, making it susceptible to swings in crude oil prices. The World Bank Group estimates that crude oil accounts for approximately one-third of the country’s gross domestic product (GDP) and for more than 90% of total exports.

While energy equity has increased rapidly in Tanzania (91) since 2000 and has maintained a continuous growth rate, there has been no significant difference in energy security (107) and no notable difference in the environmental sustainability (56) ranking. Tanzania’s energy system is modest, as evidenced by the ranking as its overall estimate was (99). Its energy security index has steadily improved over time, largely due to increased fuel stocks and improved grid stability. A lack of diversity in supply and generation sources results in a low overall score for this dimension. Energy equity in Tanzania is determined by lacking and fluctuating access. However, even modest increases in basic access to electricity and clean fuel represent significant improvements in the Trilemma score. Tanzania’s electricity access increased from around 13% in 2008 to 32% in 2017. The government is assisting the private sector in developing its electricity market by increasing the contribution of renewable energy to the energy mix and expanding rural access to electricity.

General outlook on how African countries are dealing with the Energy trilemma index issues.

The African continent remains in the bottom half of the World Trilemma rankings. While the low ranking reflects individual countries’ lower starting points, this does not mean energy policy performance in Africa is stagnant. Numerous African nations are making significant strides, particularly in relation to increasing energy access and energy efficiency as they are successfully working towards achieving the UN’s Sustainable Development Goal 7 and realizing the African Union’s 2063 vision.

In 2020, several African countries were affected by the Covid-19 pandemic as well as the global oil price crash, which had negative effects on many African economies. After the economic decline in 2020 as a result of the Covid-19 pandemic, the demand for electricity in Africa was expected to grow by 3% annually from 2021 onwards as economies recover across the continent. The GDP was expected to rebound in 2021, with experts assuming that it would remain below 2019 levels in several African countries such as South Africa, which accounted for nearly 30% of the continent’s electricity demand in 2020. Demand is also expected to increase as the industrial and residential sectors recover and grow.

Across Africa, there is also considerable interest in developing gas and LNG infrastructure to ensure reliable capacity. Ghana appears to be on track to become the first country in sub-Saharan Africa to import LNG, with an LNG terminal set up to get its first cargo by the end of May. This will supplement Ghana’s domestic gas production and imports from Nigeria via the West African Gas Pipeline, which has a history of frequent outages. Other countries are also considering the construction of their first LNG terminals.

South Africa is particularly eager to develop LNG infrastructure to move ahead with the energy transition and move away from coal-fired generation. These developments, combined with the growing demand for renewable energy in regions with a high proportion of gas in their current generation mix (e.g. Egypt and Nigeria), will boost gas-fired generation in Africa to 3% annually starting in 2022.  Senegal also is expected to begin LNG imports in 2021, upon the arrival of the Karmol floating storage regasification unit. The unit will enable oil-to-gas conversion on the 235 MW Karadeniz Powership Aysegul Sultan, which is scheduled to switch from low-sulphur fuel oil to LNG.

Since 2016, South Africa has been experiencing capacity constraints as the availability of its coal fleet has steadily decreased. The shortages are being exacerbated in part by delays in the construction of two new coal-fired megaprojects. By the end of October 2020, the Kusile coal-fired power plant’s second unit would have added 800 MW to the system. The second megaproject, Medupi Power Station, is expected to be fully operational by the end of 2021 with four of the six 800 MW units already operational.

South Africa intends to address its energy and capacity shortages by procuring nearly 14 GW of new capacity by 2030, according to the most recent update to the Integrated Resource Plan in October 2019. The first phase of that capacity is being procured through the RMIPPPP, which aims to acquire 2 GW of firm capacity through an auction process by the end of 2022. In March 2021, the preferred bidders were announced and over half of the allocated capacity (1.15 GW) will be supplied by three LNG powerships located along the coast. However, this increase in gas generation as a component of the supply mix will be contingent on the implementation of the aforementioned LNG infrastructure.

There is no doubt that African countries need to do better and create policies that will foster energy security, energy equity and environmental sustainability, but innovation and growth in the African renewables sector in the past 21 years should be celebrated. Furthermore,  Africa’s membership in local, regional and international organisations and bodies, which embrace a clean and just energy transition, embodies the hope with which African countries will continually push towards more inclusive, efficient, accessible, cheap and secure energy for its citizens.