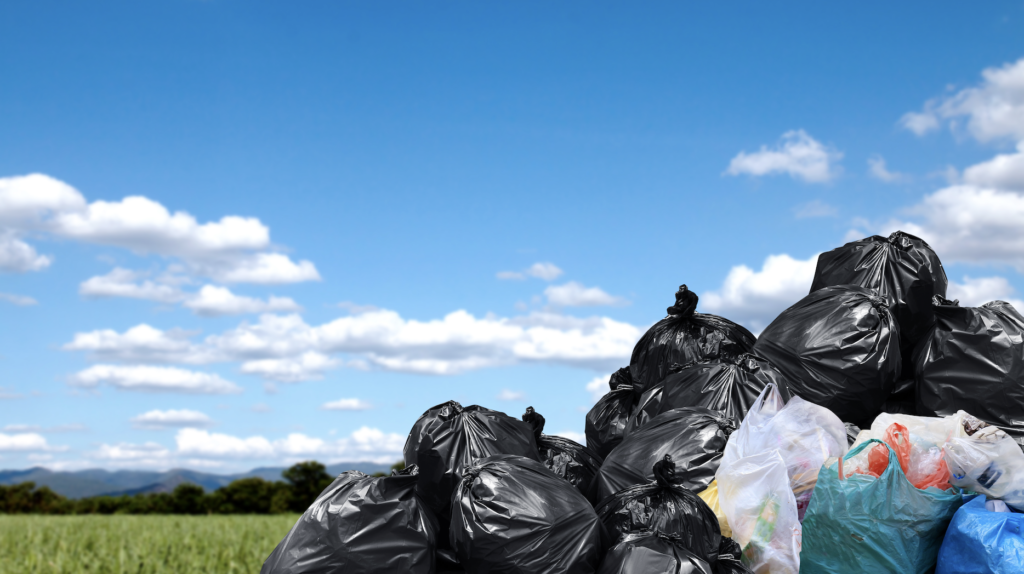 In the previous two decades of the twenty-first century, the mean annual temperature in Africa increased by 1.7 degrees Celsius and temperatures are anticipated to grow faster than the global average in the next two decades. This will have detrimental effects on livelihoods, health and sanitation, water access, agricultural production and urban infrastructure. Africa contributes only 4% of global pollution, but will bear the brunt of the consequences should it fail to adapt and find solutions to certain issues such as waste management.

The climate crisis is one of the most serious problems which the world faces today. Global warming has already exceeded 1 degree Celsius resulting in the occurrence of much more powerful, frequent and extreme weather events such as storms, floods, and droughts. As a result, millions of people, particularly in the Global South, face its consequences on a daily basis. Therefore, tackling climate change arguably requires the development of new strategies for sustainable development through mitigation and adaptation measures.

The Basel convention defined waste as: (UNEP, 2004) “Substances or objects which are disposed or are intended to be disposed or are required to be disposed of by the provisions of national law”. Garbage is generated every day and it contains readily biodegradable organic matter such as kitchen waste, garden waste, and paper, which usually accounts for approximately 58 percent of the total weight of waste generated. In some larger cities, organic garbage accounts for about 70% of total waste created. The majority of this waste is disposed of in dumps or landfills. Carbon dioxide and methane gas are produced during the decomposition of organic waste. Methane is produced when there is no air present, whereas carbon dioxide is produced naturally when anything rots in the presence of air. Methane and carbon dioxide (CO2) are both greenhouse gases (GHGs) that contribute to global warming and climate change by being present in the atmosphere. Methane is a particularly strong GHG, with a global warming potential (GWP) which is 25 times higher than that of CO2 over a 100-year time horizon. Notably, the GWP is significantly greater over  a 20-year time horizon.

Africa has become a dumping ground for waste and, particularly, hazardous waste. Typically this waste comes from developed countries with only 4% of the waste being recycled in Africa. This is in stark contrast to the African Union’s ambition that by 2023, African towns will recycle at least 50% of the waste they generate. Africa is poised for significant social and economic development over the next century as its population grows, cities urbanize and consumer purchasing habits are shifting. This is likely to result in huge increases in trash creation, putting a burden on already under-resourced public and private garbage services and infrastructure.

Also, consumer behavior changes have led to an increase in plastic consumption in Africa which, when paired with Africa’s inadequate municipal solid waste collection systems, puts the continent at risk of accumulating marine plastic litter. Africa’s failure to implement measures to reduce the flow of plastic (and other waste) into the ocean is expected to have severe impacts on coastal economies. Some effects of improper disposal of waste includes:

Numerous policies (international, continental and regional) have previously been implemented in Africa to combat pollution and waste. However, how these policies have been implemented and what progress has been achieved in relation with making particular commitments remains unknown. In many African countries, governments’ incapacity to enforce waste and environmental legislation has fostered a culture of impunity and undermined the effectiveness of waste management in general. What is obvious is that governments and the private sector are unable to keep up with expanding waste streams and developing rules and plans to adequately manage the latter.

However, certain countries are making progress. As part of their commitment to the Paris Agreement and as members of the UN, their active commitment to waste management, the ambitious global goals on emissions reduction, adaptation and finance, as outlined in the Paris Agreement on Climate Change is seen/ should be celebrated. In 2020, the South African government created a plan to improve its environment and contribute to long-term economic development and job creation. One of the steps taken to achieve this was the implementation of  the National Waste Management Strategy 2020, which was established in accordance with the National Environmental Management Waste Act.

The NWMS 2020 strategy is broadly focused on preventing waste and diverting trash away from landfills by utilizing the circular economy idea to create sustainable, inclusive economic growth and development in the waste industry while mitigating waste’s social and environmental repercussions. Its execution strategy will generate jobs in the waste sector and raise public knowledge and compliance with waste regulations. The primary objective is to avoid waste. Where trash cannot be avoided, 40% should be diverted from landfill within five years through reuse, recycling, recovery and alternative waste treatment. Thereby, 25% of waste generated should be reduced and 20% of waste should be utilized in the economic value chain.

Kenya is also embracing emerging technologies to improve trash management and disposal practices. Kenya, for example, has actively supervised garbage collecting, sorting, composting, plastic recycling and purchasing rubbish from waste materials pickers through a company named “Taka Taka”. As a result, this waste management project has enabled low-income regions to receive affordable waste collection services by expanding the recycling system to about 90% of all collected waste material. Additionally, the waste material initiative helped Kenya lower its gas emission effluents resulting in a cleaner and healthier environment. Thereby, the state-of-the-art garbage collection and processing facilities utilize cutting-edge screening equipment to efficiently classify recyclable materials in a timely manner.It is remarkably that private individuals are also taking up the responsibility of recycling waste materials as seen in Nairobi Kenya, where Nzambi Matee is exploring the ability to use plastics to develop alternative and more affordable building materials.

African countries can adopt waste management systems which have worked in other countries such as mechanical biological treatment, which combines a variety of pre-treatment sorting procedures as well as a variety of emission and quality control systems. Also, anaerobic digestion which is the process through which organic waste decomposes in the absence of oxygen and incineration which is the process of burning waste in large quantities in order to reduce its volume and enable the generation of energy from heat.

There is huge potential for innovation and a wide range of new ideas in the waste management sector. Both, private institutions and government bodies should cooperate together to ensure that waste is properly managed.

If you have any questions on this topic, feel free to contact the Energy Transition Centre today for questions: