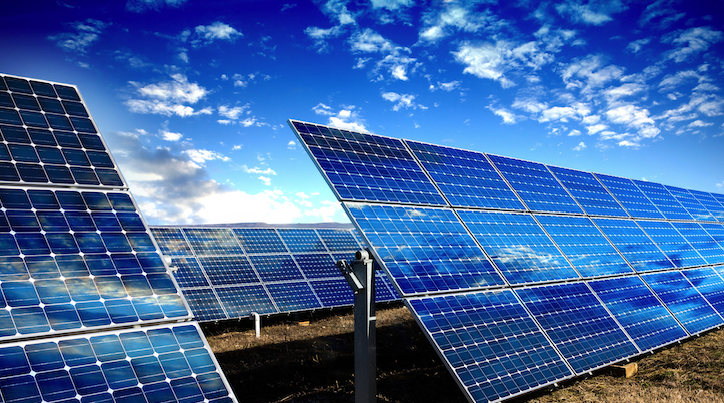 As The Africa Report pinpointed, numerous African ministers and leaders promised to attend COP26 in Glasgow. Among others, these included Botswana’s Minister for Mineral Resources, Green Technology and Energy Security Lefoko Moagi, the President of the Democratic Republic of the Congo Félix Tshisekedi, the President of the Congo Republic Denis Sassou-Nguesso, the President of Gabon Ali Bongo Ondimba, Gabon’s Minister of Environment and Forestry Lee White, and Rwanda’s Minister of Environment Jeanne d’Arc Mujawamariya. This article will provide an overview of relevant outcomes from COP26 for Africa as well as of the contributions from African leaders.

After the European Commission President von der Leyen announced that the EU will support the Global Forests Finance Pledge (GFFP) with an investment of €1 billion over the next five years, it was emphasized that the EU will provide €250 million for the protection of the Congo Basin, a region which the World Wide Fund for Nature (WWF) has described as “one of the most important wilderness areas left on earth”. With the Congo Basin being located in Central Africa and spanning across 3,822,000 km2, it constitutes the second largest rainforest worldwide after the Amazon. The countries, which will receive support from the EU, include six countries in the Congo Basin, namely Cameroon, the Central African Republic (CAR), the Democratic Republic of the Congo (DRC), the Republic of the Congo (Congo Republic), Equatorial Guinea and Gabon as well as the bordering countries Burundi and Rwanda.

More concretely, 85,3% of the Congo River Basin belong to four of the latter countries, which include richly forested Cameroon, the CAR, the DRC and the Congo Republic. Especially, because the DRC lost 490,000 hectares of primary forest last year with Cameroon also having faced a steep increase in forest loss from 2019 to 2020, the EU’s contribution comes at a time where it is much needed. As Afrik21 revealed, the Center for International Forestry Research (CIFOR) found that the Congo Basin has been coping with increased threats to biodiversity and wildlife. “[T]he availability of edible mushrooms and caterpillars has fallen by about 80%” and species such as elephants, okapis, gorillas, and bonobos as well as many bird and tree species remain endangered.

As the United Nations Development Programme (UNDP) attempted to explain during the kick off of COP26, the DRC’s forest loss…

“is mainly due to a growing population lacking livelihood opportunities outside the forest and relying mostly on fuelwood for cooking, all that in the absence of land use planning. Any solution proposed to stem forest loss in the DRC must therefore focus on rural development, poverty reduction, and better food security.” (UNDP, Reliefweb, 2nd November 2021)

In other words, as with its ECOFAC6 – ‘Preserving Biodiversity and Fragile Ecosystems in Central Africa programme’ (2017-2023), which targets Cameroon, the DRC, the Congo Republic, Gabon, the CAR, Chad, and Sao Tomé and Principe, the EU should involve local populations in the sustainable management of natural resources and foster socio-economic activities, which could benefit the latter. To fulfill this purpose, the EU might have to work on multiple issues including sustainable and clean cooking solutions, renewable energy, local infrastructure (i.e. for sustainable living and business), education, the transformation of the agricultural sector and the creation of trade and business opportunities or entrepreneurship.

Whether or not these efforts will be effective might also be bound to working on current crises in the region. As researchers, whose work was published in the Frontiers of Conversation Science journal in July 2021, have highlighted…

“[The DRC’s] situation is compounded by political instability and an ongoing humanitarian crisis due to decades of armed conflict that pushes human activities deeper into the forests”.

As the EU pledged to support Central African countries in the Congo Basin, Félix Tshisekedi, the President of the DRC announced his warm welcome for this gesture promising that the DRC will fight deforestation in the Congo Basin next to working on indigenous rights and reviewing its industrialization, agricultural investment and forest governance strategies. Similar to Tshisekedi, Denis Sassou Nguesso, the President of Congo Republic, emphasized the importance of protecting the Congo Basin. More precisely, Sassou Nguesso highlighted that “the peatlands in the Central Congo Basin sequester 31 billion tons of CO2 or 3 years of global emissions”. As Sassou Nguesso continued to argue, “the Congo Basin offers immense ecosystem services to the world. But what does it receive in exchange? Sadly, very little.”

Whereas Sassou Nguesso failed to underline that previous development projects have been addressing the preservation of the Congo Basin’s forests and biodiversity, including projects led by industrialized countries (i.e. Germany, the UK and the US), which he ascribes the “historic responsibility” for climate change, it is understandable considering that these projects have simply not been enough to tackle environmental degradation in the Congo Basin both in the short-, mid- and long-term. As Lee White, Gabon’s Minister of Environment and Forestry, illustrated, Africa’s “heart and lungs” are the Congo Basin. As Rwanda’s Minister of Environment, Jeanne d’Arc Mujawamariya, emphasized, Rwanda even increased its forest coverage to 30% from 2009-2019.

While dropping this fact, the Minister somewhat agreed with Sassou Nguesso as she told Politico that “campaigners from wealthy Western countries are attacking climate solutions like carbon markets that poorer countries see as economically vital”. What d’Arc Mujawamariya hoped to receive from COP26, was hence a chance to talk about trading carbon credits considering their potential importance in lifting up developing countries and economies. While such a discussion did evolve at COP26, countries found it hard to agree on this point. Whereas Norway’s Climate and Environment Minister Espen Barth Eide considered it a possibility that developing countries should receive a share from carbon trading to effectively deal with climate-related risks (i.e. droughts, floods etc.), Bolivia’s Vice Minister of Environment Magin Herrera López rejected the “commodification of mother earth”.

While Bolivia is a developing country, researchers found that its poverty used to aid the country’s preservation of biodiversity in the early 2000s. Despite that Bolivia, similar to Botswana, is a landlocked country which hugely relies on natural gas and oil, it has made the announcement to double renewable electricity generation until 2030 showing little signs of fear regarding an economic collapse. At COP26, Bolivia’s President Luis Arce said that it was time to end ‘green capitalism’ and ‘carbon colonialism’ criticizing developed countries for having based propositions for the global net zero transition on market-based instruments. As the Climate Action Network (CAN) reemphasized, non-market approaches (i.e. energy and carbon taxes, incentives, energy subsidies, regional cooperation etc.) can be implemented quickly, but have not received sufficient international attention.

Despite South Africa passed its Carbon Tax Act in 2019, it can certainly not be said that all African countries agree on the advantages of non-market approaches. However, both Central African countries and Bolivia emphasized the need for countries in the Global North to undo the historical damage caused by colonialism, capitalism or, in Klein’s terms, ‘disaster capitalism’. As Gabon’s President Ali Bongo Ondimba reemphasized, “[forests] [are] the best available technology to remove CO2 from the air” and their preservation is an uttermost priority. Among others, the Government of Gabon signed a research agreement with the University of Stirling, the Grantham Research Institute on Climate Change and the Environment at the London School of Economics and Political Science (LSE) and the African Conservation Development Group (ACDG). As the University of Stirling, which has worked in Gabon for more than four decades, announced, the ambitious forestLAB research hub project, which was launched in October 2021, will inform Gabon’s sustainable development strategy.

At COP26, Lefoko Moagi, Botswana’s Minister for Mineral Resources, Green Technology & Energy Security, joined the British High Commissioner Sian Price and the U.S. Ambassador Craig Cloud to discuss the US-UK-Botswana Energy Partnership. Based on expectations from the US-Botswana bilateral energy partnership, Cloud announced that Botswana had the potential to “create thousands of jobs by harnessing solar energy to shift its economy”. This announcement came just after the US Department of State released a ‘Bilateral Relations Fact Sheet’ claiming that it was its aim “to establish [Botswana] as a major solar energy producer, consumer, and exporter in the region, providing the country with renewable energy security”.

Only in April 2021, the US signed a Memorandum of Understanding (MoU) to seal a Mega Solar partnership between Power Africa, the Government of Botswana, the Government of Namibia, the African Development Bank (AfDB), the International Finance Corporation (ICF), and the International Bank for Reconstruction and Development (World Bank) aiming to set up Southern Africa’s largest solar power project with a 2-5 GW capacity. Similar to the US, the UK has been supporting Botswana’s energy transition prior to COP26. With Botswana having become independent from British colonial rule in 1966, the latter might also be the UK’s duty, which includes to “[further] real[ize] the potential of renewable energy for job creation, mitigation of climate change effects and energy self-reliance” as the UK government stated several years ago.

With the British migrant labour system in Botswana’s mining industry having exploited local populations in colonial times, which left Botswana with no ‘indigenous capitalist class’ as the country gained its independence in the mid-twentieth century, the UK’s task to support the creation of sustainable jobs in the energy sector might as well be interpreted as a historical opportunity to undo damage. The way in which wealthier countries will support developing countries in their energy transitions, respectively ‘expansions’, will certainly show whether historical lessons were learned. Giving Botswana ‘solar powers’ should by no means constitute an act of dependence. Instead Botswana should be encouraged to lead the transition in this sector.