The introduction of the AfCFTA marks a significant turning point for Africa’s regional and continental trading relations. This free trade agreement aims to unite the continent and create more ease in the movement of goods and services to service the continent and benefit the people. 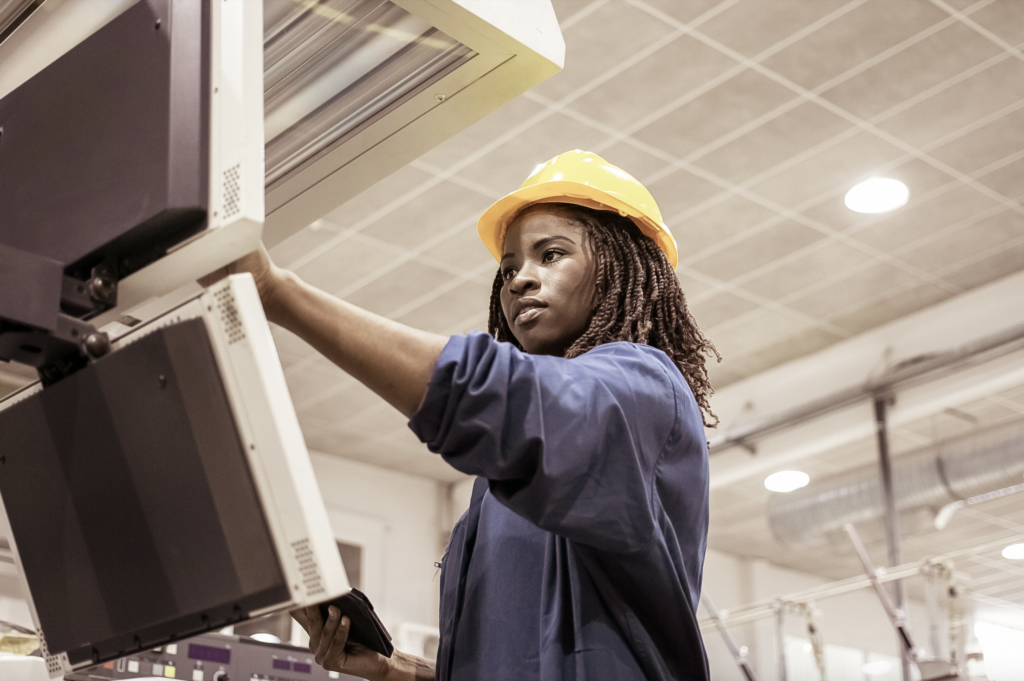 The introduction of the AfCFTA marks a significant turning point for Africa’s regional and continental trading relations. This free trade agreement aims to unite the continent and create more ease in the movement of goods and services to service the continent and benefit the people. Some of the estimated benefits of the AfCFTA is that this will result in investment in infrastructure in Africa which will have a trickle-down effect of benefiting local, micro supply chains and the economic participants in these networks across different countries.  The overarching goal of such efforts is to consolidate African markets and boost intra-Africa trade, reinforcing regional integration. The estimate is that these actions will have long-term benefits for the sustainability of African economic activities. When Covid-19 has emphasized the glaring inequality on the continent, the successful implementation of the AfCFTA is more crucial.

The AfCFTA must be leveraged to address the impact that covid 19 has had on informal and small business networks in African communities. With the implementation of social distancing protocols, lockdowns, and limits to economic activities, informal and small traders, majority women, have felt the impact of the pandemic on their businesses. This has also set them back in their efforts to use their work to address their poverty and living conditions. With intention and dedication, the AfCFTA has the potential to address these impacts of the pandemic.

The Importance of the AfCFTA in addressing women’s roles and challenges they face in their economic participation in the  Agenda 2063 of  Aspiration 6 states the intentions of pursuing an Africa where development is people-driven and wholly reliant on the efforts of women and the youth. This aspiration focuses on African women’s economic empowerment, which looks like an environment where women are empowered and have the right to contribute to the continent’s innovation and entrepreneurship initiatives. Women are estimated to account for 70 percent of informal cross-border trade in Africa. Women are also key actors in small production chains, particularly in the rural economies where they play a significant role in agriculture. Given that the goal of this free trade deal is to invest in and boost trade between African countries, it makes it imperative for African states to use the opportunity for collaboration the AfCFTA presents to pivot into making specific and targeted efforts that achieve the intersecting goals of women empowerment and the alleviation of poverty.

The Importance of women empowerment

In rural communities, the links between poverty alleviation and economic participation are seen particularly in agriculture and food production, mainly serviced by women. A lot of the labour that women provide is unpaid and uncompensated, which leaves them in vulnerable positions. Assisting women and economically empowering them has excellent advantages for the economies they contribute to and their social welfare. Empowered women with more resources are less likely to stay in vulnerable situations for financial security and contribute significantly to their households’ betterment. I estimate this will substantially result in high levels of literacy, improved standards of living, and increased life expectancy. It is enticing for the AfCFTA to service the bigger supply chains; however, this is an excellent opportunity to address some of Africa’s pressing issues. Another important aspect is that the inclusion of women’s informal and small trader networks into the more extensive trade network in the continent can positively impact women’s safety as they participate in their economic activities. However, women can miss out on these benefits if the African Union does not consider the lessons that other Free Trade Agreements (FTAs) can provide on how women can potentially be overlooked in FTAs such as the AfCFTA.

Feminist critique of previous FTAs has provided some key points that the AfCFTA should consider moving forward to ensure that women are not left behind in the economic development that the AfCFTA estimates will come from this agreement. One prominent critique has been that FTAs promote the exploitation of cheap labour to extract wealth for export. Women who constitute the majority of the unpaid and paid labour pool are vulnerable to this exploitation, and it continues to impact their economic position and exasperate their vulnerabilities negatively. Key consideration needs to include these small traders and informal networks into the bigger picture of African integration. This might require targeted efforts to include women operating in rural economies in their regional and national economic chains. Establishing a task force within the African Union that focuses on the representation of women in the AfCFTA efforts is another mechanism that could ensure women are not left behind. Without recreating new networks, existing frameworks such as informal women’s groupings and small business support frameworks can be used to propel these efforts.

Another critical area that could exclude women is intellectual property patents created as part of the AfCFTA. Women need to be involved in decision-making processes that empower them and do not erode their position in the economic chains. Previously implemented FTAs have resulted in the creation of harmonious patents to create ease in trading between countries. However, this threatens women who essentially constitute the agricultural, textile, and food production industries. An example of the potential threat this might pose for women in Africa is the International Union for the Protection of New Varieties of Plants (UPOV). Algeria, Morocco, Egypt, Tunisia, and South Africa have had experiences of how limiting the UPOV has been in their trade links with the US, the EU, and the EFTA countries.  The UPOV standards focus on the patenting of transgenic seeds, which limits seed saving, exchange, and experimentation. Women are central to seed saving efforts and agricultural sustainability in Africa, and such agreements leave them out of the conversation and impact their work significantly.

The potential effects of excluding women

In addition, there is great potential for women’s exploitation to continue, especially under the AfCFTA, because free trade and open economic zones can amplify abuse and exploitation. This is because these free trade areas are not subject to domestic labour and environmental law. Some African countries already face the impact of these conditions, which include low-paying work, poor housing, and poor sanitation, and women are the most vulnerable under such conditions. If the AfCFTA does not put women at the centre of their efforts, it could potentially overlook these factors and deepen the networks of exploitation on the continent. The Women’s Investment Agenda is one effort that the AfCFTA has started investing in to ensure that the AfCFTA strategies are forward-looking and inclusive to women. The Investment Agenda hopes to work with existing women’s business associations to ensure that women are included in investment networks. However, the vital thing to be wary of is that these opportunities include poor women from rural communities who do not have access to these networks.

In conclusion, women and young people actively participate in formal and informal networks in small to medium-sized enterprises. In rural economies specifically, their role is more prominent and feeds into the benefit of their homes and communities. There is great potential with the AfCFTA to promote these economic activities in a way that impacts the lives of women and children positively while also undoing the damage of the pandemic on economic activities during cross-border trade, for example, the elimination of immigration processes. The African Union has an opportunity to use the AfCFTA to achieve some of the goals stated in Agenda 2063, and including women in these efforts is a great start.

Centurion Law Group is a leading pan-African legal and energy advisory group covering a full suite of practice areas.. Centurion is at the forefront of understanding the AfCFTA and its legal implications.