From Coal-Fired to Carbon-Neutral: South Korea’s Revises Carbon Roadmap Ahead of COP26 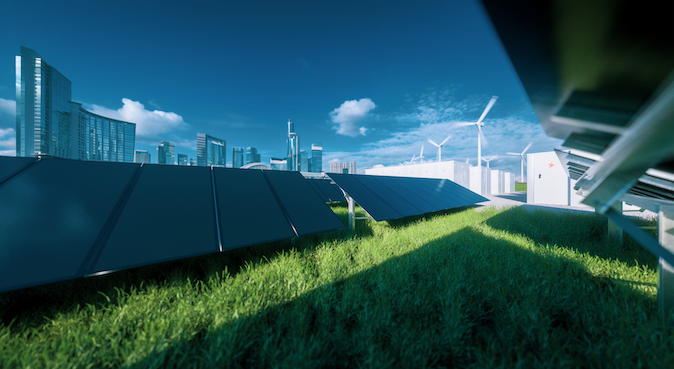 Seoul, 18 October 2021– Less than a month after electricity prices spiralled for the first time in 8 years, South Korea’s government disclosed two revised carbon neutrality roadmaps, which aim at phasing out coal and LNG as power sources. Without a doubt, South Korea’s plans underline the urgency to tackle climate change through the energy transition, but critics have remarked that the country’s targets are unrealistic. In the run-up to COP26, South Korea promised to drastically cut CO2 emissions. By 2030, the country intends to explicitly reduce the latter by 40% as in 2018 levels. Whereas South Korea’s initial plans from August 2021 were criticized for lacking ambition, the country has finally revised its nationally determined contribution (NDC), but battles with renewed criticism.

In order to reach its goal to reduce carbon emissions by 40% of 2018 levels by 2030, South Korea would need to emit 269,36 million metric tons less than it currently does. Whereas CO2 emissions from fossil fuel and industrial purposes amounted to 673,4 million metric tons in 2018, which marks the highest peak in the history of the country’s greenhouse gas emissions, levels were slightly reduced in 2019 to 651,87 million metric tons. The same development can be observed in per capita CO2 emissions, which totaled 12,41t in 2018 and 11,93t in 2019. Whereas any reductions in CO2 are worth celebrating in terms of their environmental influence, slumps in South Korea’s steep history of CO2 emissions have not always been bound to exemplary policy targets.

From 1945 to 2018, South Korea’s per capita carbon emissions increased at a steady rate witnessing only a few declines, most notably in 1998, 2005, 2014 and 2019. Whereas these declines may appear delightful from an environmental perspective, the drop in 1998 CO2 emissions was at the least extensively related to the Asian financial crisis and South Korea’s IMF crisis. Despite that the country was promised to receive at least a $57 billion bail-out package by the IMF in winter 1997, critics remark that South Korea has in reality only received an injection of $13,2 billion by the end of 1997. The support by the IMF has further been criticized for acquiescing business closures, which made South Korea appear weak in front of international investors in the midst of a worsening crisis.

Whereas business insolvencies in the industrial sector might also have contributed to the 1998 decline in CO2 emissions, especially because the industrial sector consumed 48,1% of energy in 1990 and 56% in 2000, what is certain is that the economic recession which South Korea experienced reduced its reliance on oil from 63% to 54% between 1997 and 1998. As the Council on Foreign Relations (CFR) emphasizes, only by 1999, South Korea “restored both consumption levels and the percentage of oil in South Korea’s energy mix (to the 60 percent range)”. Since South Korea also relied more heavily on coal instead of oil from 1979-1980, another reason for the temporary slump could have been related to changes in its energy mix.

As data from the International Energy Agency (IEA) reemphasizes, South Korea at least experienced a sharp decline in the supply of oil from 1997 to 1998. When in 1997, the total energy supply (TES) amounted to 4.386.621,0 TJ, in 1998 the latter solely totaled 3.630.892,0 TJ. At the same time, the supply of coal rose by 21.534 TJ, the supply of nuclear energy increased by 137.487 TJ and the then lesser developed power sources such as biofuels and waste as well as hydropower experienced slight increases in supply. While the latter does not prove the country’s increased reliance on coal from 1998, Our World in Data estimates prove the CFR’s argument.

Among others, it shows that from 1997 to 1998 coal was the only energy source, which experienced an increase in relation with electricity consumption and has since then grown at a steady rate. Even in 2019 and 2020, coal still made up for most of South Korea’s electricity production. Adding the fact that 2019 and 2020 declines in electricity production account for all energy sources, despite that U.S. Energy Information Administration (EIA) data is somewhat contradictory suggesting a rise in nuclear energy consumption in 2019, there is certainly a need for a new measure to relate declines in CO2 emissions more directly to government efforts and policies.

The potential CO2 dampening effects of South Korea’s economic slowdown, declines in the country’s GDP, issues with global supply chains linked with China’s power shortage and lesser demand for energy by South Korea’s aging population, among others such as the deepening housing crisis, should not be confused with the effectiveness of South Korea’s climate change and energy policies.

If one were to believe some commentators, who have remarked that South Korea’s updated carbon neutrality roadmap is both ‘expensive’ and ‘unreliable’, one might begin to assume that the country is either desperately trying to attract international investors in the run-up to COP26 to finance its domestic energy transition, or that South Korea’s ambitions extensively serve publicity purposes. While the EU Parliament further stated that South Korea awarded little funding to developing countries, the Korean Ministry of Economy and Finance and the Export-Import Bank of Korea (Korea Eximbank) have announced their support for energy-related projects led by African Development Bank (AfDB) with a budget of $600 million.

According to the AfDB, the Korea-Africa Energy Investment Framework (KAEIF) pact “follow[ed] the signing on 28 May 2021 of a General Cooperation Agreement between the Bank and the Korean government”, whereby the KAEIF circles around “renewable energy solutions in Africa, including generation, transmission, distribution, off-grid- and mini-grid, policy & regulatory reform, energy efficiency and clean cooking projects”. Despite that the latter targets seem promising, both China, Japan and South Korea were recently criticized for their failure to make sincere commitments at home. In other words, there is some controversy about the sincerity of South Korea’s low-carbon ambitions at home and abroad.

One aspect, which is rather clear, is that South Korea has opted to join international partnerships to contribute to innovation with regard to the energy transition and to make sure that net-zero targets are met. On 1st October 2021, the UK Government publicized its memorandum of understanding (MoU) with South Korea, which mirrors their aim for a “bilateral cooperation […] on energy, science and innovation, business and new technologies”. Next to the UK-South Korea partnership, the EU-South Korea framework agreement, from earlier this year, might mark an important step towards achieving climate neutrality. Among others, the agreement stipulates an EU-South Korea cooperation with regard to the expansion of the natural gas market and records the need for both countries/regions to scale up their ambitions in relation to NDCs and long-term strategies.

Especially because ‘making NDCs more ambitious’ is an explicit goal of the EU-South Korea framework agreement, South Korea’s recent announcement also comes at a time where the country might not want to lose EU support. Whereas MoUs constitute legally non-binding agreements, they play a pivotal role in international diplomatic cooperation and can lead up to signing legally binding contracts, deepening economic cooperation (i.e. FTAs) etc. Whereas they may exert a certain amount of pressure on governments to keep their ‘handshake promises’, they arguably offer a little scope for extra publicity and blame-shifting as soon as promises are not held. Whether or not South Korea will hold its promises, COP26 will certainly offer spectators a chance to observe the country’s reasoning and motives.