Just a month ago, Jordan reopened the border to Syria in an attempt to stimulate trade and provoke an economic recovery of both countries. Whereas Jordan’s economy is dealing with a high rate of unemployment (48%), spiraling debt, scarcity of investments and widening external balances, Syria’s economy has been battered by the decade-long war, internal displacement, humanitarian catastrophe and the devastating influence of the COVID-19 pandemic. 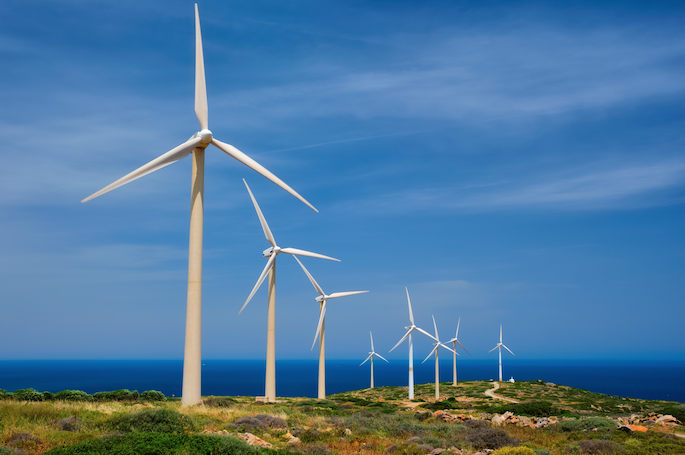 Towards Peaceful Cooperation in the Middle East – Energy Diplomacy

Just a month ago, Jordan reopened the border to Syria in an attempt to stimulate trade and provoke an economic recovery of both countries. Whereas Jordan’s economy is dealing with a high rate of unemployment (48%), spiraling debt, scarcity of investments and widening external balances, Syria’s economy has been battered by the decade-long war, internal displacement, humanitarian catastrophe and the devastating influence of the COVID-19 pandemic. At the same time as Jordan received help from Israel to tackle its water crisis; Jordan, Syria and Egypt nevertheless announced to support Lebanon in dealing with its energy crisis, among others, through natural gas exports from Egypt.

The latter shows that conflict-ridden and/or countries in crisis are effectively able to support another on the pathway towards energy security. Indeed, building strong relationships with other countries in the Middle East might be key to addressing the energy transition at a regional level and work towards the promotion of peaceful cooperation and coexistence. In other words, because energy crises and the urgent need for the energy transition might lead to renegotiating diplomatic ties in the Middle East, the concrete potential of renewables in each of these countries must be explored in relation with interregional partnerships. This article will provide a brief analysis of Lebanon’s pathway to recovery since the Beirut explosions as well as its energy crisis.

How the Beirut Explosions Lead to Multiple Crises

Beirut, 9 October 2021- A year and two months after the Beirut explosions killed 218 and wounded 7000 people, while further displacing 300,000 residents due to the large-scale destruction of apartments, civilians had to cope with a 24-hour power blackout from Saturday 9th October to Sunday 10th October, 2021. Ironically, this came just after Lebanon’s new government received a vote of confidence, which some have argued to be connected with its announcement to take a lead on bailout talks with the International Monetary Fund (IMF) and its promise to navigate the country on the pathway to economic recovery and comprehensive political reforms.

Specifically, because extreme poverty is on the rise in Lebanon, the UN re-emphasized the need for urgently implementing these reforms in practise. Lebanon is not only facing an energy crisis, the country is also struggling with ‘multidimensional poverty’ and could face a political legitimacy crisis, if it does not tackle its most pressing challenges now. In an interview with Aljazeera, citizens mentioned Lebanon’s fuel shortage as one of their major concerns next to life quality and Lebanon’s economic meltdown. The lack of political stability, which affected the country during the past year and until the current moment has pinnacled the urgency to tackle Lebanon’s energy crisis. That energy security is of increased importance for the Lebanese population is very understandable considering that most basic services depend on access to power.

At the latest since Hezbollah imported diesel-fuel from Iran in an attempt to win popularity among the population last month, the danger of the failure to act and implement political and economic reforms should be taken seriously. Building up trust in the new government will presumptively constitute a gradual process, wherein citizens will need to see and feel improvements with regard to access to “health care, medicines, services, education, employment, housing and assets”. Especially after Judge Fadi Sawan issued an arrest warrant for Ali Hasan Khalil, Lebanon’s former Minister of Finance, which was suspended despite his potential role in the Beirut port explosions, Lebanon might need an extra portion of trust. One innovative step towards securing fuel supply is the three-month emergency fuel supply plan led on by UNICEF, WHO and regional NGOs. Whether or not the latter might have been able to avoid the recent power blackout, it cannot constitute a permanent solution.

A Chance for Renewables in Lebanon’s Reforms?

Whereas countries in other regions and in the Middle East (i.e. Bahrain, Egypt, Jordan, Oman, Saudi Arabia and UAE) are either actively discussing their plans concerning the energy transition and renewables as well as the need to combat climate change and foster the energy transition, these topics have been discussed to a lesser extent publicly in Syria, Lebanon and Gaza – understandably, because conflict and humanitarian crises have shifted the focus on the safeguarding of lives in survival mode. As such, it is not surprising that Lebanon’s “power deal” involves the export of natural gas from Egypt via the Arab Gas Pipeline (AGP) while Jordan aims to supply the country with electricity. In other words, for countries in profound states of crises, renewables have remained an ineffective large-scale remedy in the short-run.

However, in particular Syria’s most recent economic cooperation with the United Arab Emirates (UAE) might provide hope that wealthier countries in the Middle East will effectively support other countries in the region, including with regard to the energy transition, in the future and as part of their 2030 and 2050 ambitions. Especially because both the UAE and Saudi Arabia still rely heavily on gas, respectively oil, what one might want to prevent nevertheless, is that these countries ‘dump’ oil in more ‘fragile’ countries as they claim to transition to renewables themselves. In order to avoid such from happening, what could be useful is that other regions such as the EU would step up to promote multilateral cooperation projects.

At the latest, since Germany has signed a Memorandum of Understanding (MoU) on German-Saudi hydrogen cooperation in March 2021, Germany and other EU countries with a lead on the energy transition could serve as mediators, where needed. However, they should also not overengage, in case that tackling energy security and transitioning towards renewables should open new doors to peace in the Middle East. What might not harm are efforts to analyze and observe whether the new alliances in the Middle East effectively address international aims to combat climate change. In the meantime, decisive efforts need to be taken to support research and development projects, which analyze how specific conflict-ridden regions can be most effectively supported in promoting a just and sustainable transition in the short-, mid- and long-term.

In particular, because decarbonization cannot be achieved without working towards: “1) energy efficiency, 2) [the] decarboniz[ation of the] power supply, 3) economy-wide electrification, 4) zero-carbon fuels and, 5) carbon capture and removal”, as a 2019 report by the Aspen Institute explains, bilateral and multilateral projects to establish the infrastructures needed for a future energy transition need to be set up in an effective manner. Sending gas to Lebanon is a start, but not enough.  Especially, because the change of regime could allow the country to build itself up from scratch, regional neighbours and the international community must help now. As in other regions, large-scale investments into renewables will certainly lead to the establishment of a new industry and the creation of jobs, both of which Lebanon urgently needs considering its battle with unemployment and inflation.

As the World Bank insisted in a report from spring 2021, Lebanon’s economic crisis might rank in the top 10 of the worst economic crises between 1857 and 2013. In this regard, the United States Agency for International Development’s (USAID) announcement of a $29 million support project, which seeks to “deliver reliable energy across Lebanon” seems at least somewhat promising, because it puts an emphasis on both affordable and renewable energy. In order to move away from relying on aid projects in the future, it might however be as important to invest into fostering a strong private sector and renewables industry in Lebanon starting today. Citizens in Lebanon and Gaza have already taken initiative to utilize solar energy to meet individual and local needs. Especially since Lebanon’s GDP heavily depended (86,36%) on the service sector followed by the industrial sector (7,24%) and agriculture (2,5%) in 2020, the renewables sector would diversify not only Lebanon’s energy mix, but also its economy. In addition, it could lead to promoting innovation in agriculture and strengthen it from the ground up.