Along the U.S. Coast and to the Gulf of Mexico: The Biden Administration taps into the U.S.’ Wind Energy Potential

During the kick-off of the Offshore Windpower 2021 Conference & Exhibition, which took place from 13th-15th October in Boston, Massachusetts, Biden announced the U.S. government’s plans to plant seven large-scale offshore wind farms into its coastlines to the West and East. 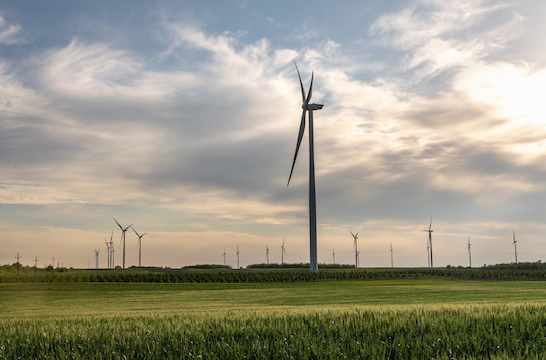 During the kick-off of the Offshore Windpower 2021 Conference & Exhibition, which took place from 13th-15th October in Boston, Massachusetts, Biden announced the U.S. government’s plans to plant seven large-scale offshore wind farms into its coastlines to the West and East. Whereas Biden’s announcement was spread through news worldwide, it was somewhat foreseeable considering his earlier support for wind energy. With the wind farms aimed at generating 30GW by 2030, the U.S. roadmap is certainly ambitious in two ways, in terms of scope and in terms of its secondary objectives such as the creation of employment. But will it be able to protect marine wildlife?

As was announced by the Biden-Harris administration, plans for offshore wind energy will be operationalized through wind farms in the Gulf of Maine, the New York Bight, the Central Atlantic, the Gulf of Mexico and offshore the Carolinas, California and Oregon. In order to estimate the effect of such a comprehensive, broad-scale wind energy project on marine wildlife, birds and bats, the U.S. Department of Energy (DOE) recently commissioned Duke University to carry out research aimed at “provid[ing] a long-term adaptive roadmap – a science-based toolkit – that industry and government agencies can use” in order to benefit climate change, the energy transition, socio-economic changes and marine life alike.

More concretely, the Wildlife and Offshore Wind (WOW) project is a trans-disciplinary, collaborative project between several faculties and labs at Duke University, such as the Duke Nicholas School of the Environment, the Nowacek Acoustics and Engineering Lab, the Marine Geospatial Ecology Lab, the Duke Energy Initiative and other universities (i.e. University of St Andrews, University of Pennsylvania etc.) as well as think tanks (i.e. the Biodiversity Research Institute) and consultancy firms (i.e. Tetra Tech). In order to execute the project Douglas Nowacek, Distinguished Professor of Conservation Technology in Environment and Engineering, was entrusted with a $7.5 million grant from the DOE.

Whereas the U.S. offshore wind energy project aims at the creation of 77,000 jobs in the ‘sustainable blue economy’, as was emphasized in a press release by Duke University, the WOW project will similarly provide research and internship positions including for undergraduate, postgraduate and doctoral students. Moreover, the strong partnership between research institutes, NGOs and stakeholders from the private (i.e. wind developers and other industry partners) and public sectors (i.e. federal/state governments) is reflected in the leadership of WOW. Whereas Brian Murray, interim director of Duke’s Energy Initiative and Nicholas Institute for Environmental Policy Solutions, will keep busy with navigating relationships with industry partners, Patrick Halpin, director of the Marine Geospatial Ecology Lab, will be responsible for data synthesis. In other words, WOW constitutes a comprehensive project, which will hopefully achieve a just transition for marine life.

The WOW project will be informed by a regional gap analysis and framework construction (‘data synthesis’), two integrated regional ecosystem studies (‘habitat and ecosystem analysis’) and various statistical analyses (‘statistics and modeling framework’). Over time, the latter will keep informing the data synthesis so that changes in the relationship between offshore wind and marine life can easily be detected and observed. Since the project focuses on the East Coast of the U.S. (i.e. Massachusetts to South Carolina), it will however not be able to provide insights and recommendations about offshore wind projects in Oregon, California and the Gulf of Mexico.

Ironically, an article in the online newspaper Central Maine suggests that Oregon and California, next to the Gulf of Maine, might particularly benefit from the new ‘floating-turbine technology’, which was developed by the University of Maine to tackle the issue of coastal shelfs filling up too quickly to install wind turbines that are attached to the seabed. In addition this article hinted that coastal homeowners and fishing groups were very sceptical about the impact of offshore wind power on local economies and, in particular, the lobster industry. The following compilation of facts about two of WOW’s implementation areas serves to provide an overview of local specifics with regard to energy generation and marine wildlife.

One specific characteristic of energy consumption observed in Maine was that, unlike any other U.S. state, ⅗ of households relied on fuel oil for home heating. This problem was most recently addressed by Janet Mills, the governor of Maine, who festively proclaimed that 28,000 high-efficiency heat pumps were installed in Maine’s buildings from 2020-2021. As the governor explained, heat pumps were a particularly effective switch, because they save a significant amount of costs and are compatible with Maine’s cold winters. Until 2025, Mills plans to install a further 72,000 high-efficiency heat-pumps hoping to set an end to providing large oil and gas companies with $5 billion of state funding a year. Beyond opting for heating pumps, Maine has also been praised for adopting 100% clean electricity targets, which the state aims to achieve by 2050.

As the Gulf of Maine Institute emphasizes, the region is particularly prominent for its lobster industry, whose revenue exceeded $400 in 2020 despite that the COVID-19 crisis forced vendors to find new markets for distribution. Even though global warming has been estimated to negatively affect the lobster industry, with experts having expressed their curiosity about how it will cause the species to adapt their movements and behaviour, rises in temperature have allowed lobsters to settle closer to the seabed in 2021. Whereas the lobster industry could be argued to not particularly relate to the protection of marine wildlife, but its exploitation, Maine’s lobsters and its other diverse species certainly deserve an energy mix which considers their survival.

According to the Integrated Ecosystem Assessment (IEA), the Gulf of Maine is home to the Atlantic right whale, the humpback whale, the harbor porpoise, white-sided dolphins, harbor seals, the loggerhead, Kemp’s ridley and the leatherback. As the IEA emphasizes, all of the latter are explicitly protected by US law since 2010. With the Gulf of Maine constituting one of the most significant marine habitats worldwide and further hosting phytoplanktons, zooplanktons, benthic invertebrates, forage fish, ground fish and medium pelagics, the impact of Biden’s offshore wind plans need to be thoroughly assessed. As the German Federal Agency for Nature Conservation (BfN) emphasizes, from their experience, offshore wind turbines have a tremendously negative effect on marine wildlife and especially on harbor porpoises.

As the UK Whale & Dolphin Conservation (WDC) illustrates, harbor porpoises are both smaller than other dolphins as well as “pretty fast and furious”. One major problem is the negative effect of the noise linked with the construction of wind turbines, because it can cause harbor porpoises hearing impairments. As both the BfN and a 2018 research project published in the Marine Ecology Progress Series explain, consequential hearing impairments and swimming away from related noise can lead to severe issues in relation with foraging, when in some cases it remained unclear whether harbor porpoises were primarily affected by construction activities (i.e. the shipping of equipment) or noise. More research in this regard might make offshore wind projects even more sustainable.

Whereas in Maine, the industrial sector consumed a lot of energy (26,9%), in New York the commercial sector made up for a larger share of energy consumption (29,1%). In both states, transport and the residential sector made up for almost ⅓ of energy consumption with New York’s (31,4%) transport sector being a bit more energy-intensive than Maine’s (27,7%). Whereas the latter is not surprising considering that New York’s entertainment industry attracts tourists from all over the world, it appears like a very positive step that the state has announced to create…

In particular, because the median low-income energy burden in New York has been at a peak (9,3%) in 2020, while ¼ of low income households have an energy burden of more than 17%, addressing energy poverty requires a focus on the profound problems at the intersection between socio-economic inequality (i.e. wages) and energy access. As a 2020 report by the American Council for an Energy-Efficient Economy (ACEEE) states, the median energy burden for black households in New York City is 43% higher than the energy burden for non-Hispanic white households. Similarly, Hispanic households face a 20% higher burden than non-Hispanic white households. Especially, because discriminative rental practises were found to limit “access to efficient and healthy housing” for black, indigenous and people of colour communities, New York’s intention to create family-sustaining jobs must in particular involve these communities.

Similar to the Gulf of Maine, the New York Bight is home to a range of marine mammals and other species such as the fin whale, the humpback whale, the minke whale, the white-sided dolphin, Risso’s dolphin, the short-beaked common dolphin, sea turtles, pelagic birds, sharks, salt-water fish, marine invertebrates and marine shellfish. As the Natural Resources Defense Council (NRDC) explains, the “race to develop offshore wind – and protect endangered whales” is nothing new in the region. In 2016, the US’ first offshore wind farm was planted on a smaller island next to Rhode Island in collaboration with the Danish offshore wind company Ørsted. While the project has been powering 17,000 homes at 30MW and interfered with the local dependence on diesel, fears about the endangerment of the North Atlantic right whale have arisen.

As the National Oceanic and Atmospheric Administration (NOA) has emphasized, the “North Atlantic right whale is one of the world’s most endangered large whale species, with less than 400 individuals remaining”. It has not only been listed in the Endangered Species Act (ESA) from 1973, but is also protected through the Marine Mammal Protection Act (MMPA) from 1972. According to the latter act, which underwent amendments in 1994, it is prohibited to harass marine mammals in the following two ways: 1) by injuring them (Level A harassment) and 2) “by disturbing a marine mammal or a marine mammal stock in the wild by causing disruption of behavioral patterns, including, but not limited to, migration, breathing, nursing, breeding, feeding, or sheltering (Level B harassment)”. Similar to harbor porpoises, North Atlantic right whales are sensitive to noises with fears about migration and foraging driving scepticism about offshore wind projects.