About two weeks ago, the African Climate Week 2021 was executed virtually as one of the four regional UNFCCC conferences (i.e. LAC, APAC, MENA), of which three will lead up to COP 26 in Glasgow from October 31 to November 12, 2021. 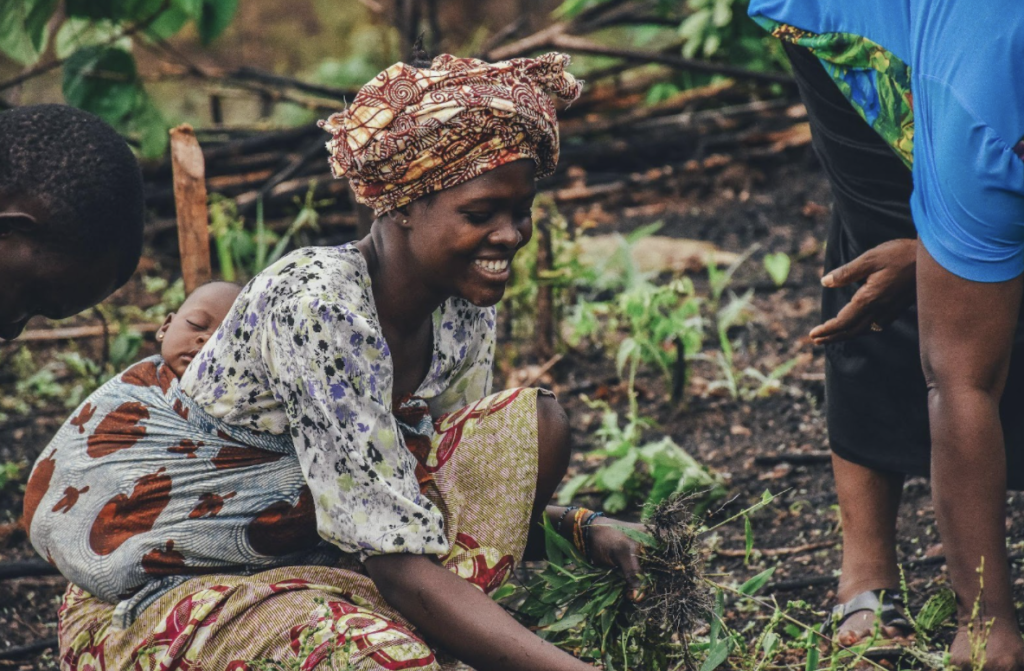 About two weeks ago, the African Climate Week 2021 was executed virtually as one of the four regional UNFCCC conferences (i.e. LAC, APAC, MENA), of which three will lead up to COP 26 in Glasgow from October 31 to November 12, 2021. Whereas the Regional Climate Weeks for the LAC and APAC regions took place in May and July 2021, the African Climate Week marked the last conference in this year. It was hosted by the Government of Uganda in collaboration with UNFCCC, UNDP, UNEP, the World Bank Group, the African Union, the African Development Bank Group and ECA. Whereas urban agriculture, climate-resilient development, low-carbon manufacturing and indigenous leadership were some of the discussed topics, this article will provide a few insights from the session on a just energy transition in Africa.

This session was moderated by Chipo Mukonza, the managing director of RC Global Research Training and Consultancy and a member of Climate Strategies. Among others, it seeked to thematize the indispensability of just transition strategies in governmental policies and, especially, in climate change policies. Thereby, its central aim was to address whether and how investors can foster a just transition in various African countries and to challenge the notion that a just transition is only a feasible option for developed countries. With Climate Strategies working actively towards understanding how a just transition could be operationalized in Ghana, Malawi and Kenya, and also in six developing countries outside of Africa (i.e Colombia, Argentina, Bangladesh, Indonesia, Laos and Vietnam), the network specializes in South-South cooperation to foster knowledge exchange in this field.

The Paris Agreement and NDCs

As Mukonza opened the session, the climate strategies expert emphasized that a just transition must also include a view for how the COVID-19 pandemic has affected African countries, industries and communities at regional and national levels, and in particular, such which deal with “marginalization in the low-carbon transition”. Following Mukonza, Kusum Lata Jain, a programme officer at the UNFCCC, reemphasized that global efforts to tackle climate change should always keep in mind the preamble of the Paris Agreement, which requires that parties’ efforts aim at…

“taking into account the imperatives of a just transition of the workforce and the creation of decent work and quality jobs in accordance with nationally defined development priorities.” (Preamble, Paris Agreement 2015)

In addition to emphasizing that the transition to a low-carbon economy must be accompanied by the creation of decent work opportunities and quality jobs, Jain indirectly referred to another part of the Paris Agreement, when she insisted that it is indispensable to measure the impact of international frameworks on local communities. According to the Paris Agreement, “the specific needs and special circumstances of developing country Parties, especially those that are particularly vulnerable to the adverse effects of climate change” need to be recognized.

However, in practise, as Jain explained, only 47 out of the 194 countries, who are parties to the Paris Agreement, have made a commitment to include the just transition in their nationally determined contributions (NDCs). According to the International Trade Union Confederation (ITUC), some of the countries who committed to a just transition within their NDCs in 2020 were Costa Rica, Germany, Kenya, The Netherlands, Spain and Suriname. At a regional level, the EU also made a clear commitment to promoting the just transition. That Jain mentions 36 countries more than the ITUC might thereby reflect a change in commitments from 2020 to 2021, but it could also mean that ITUC is demanding more clear references to the just transition in NDCs.

With the IRENA having criticized NDCs for not being ambitious enough as early as in December 2019 and called for incorporating the just transition more directly into NDCs, there is some hope that it will be able to lobby for such an approach within its most recent partnerships. According to the IRENA’s research, a policy framework for the just transition should contain deployment (i.e. fiscal and financial), integrating (i.e. behavioural policies)  and enabling policies (i.e. financial, industrial, labour market and social protection, education and skills policies etc.). As Jain emphasized, investors have an important role in creating a ground for new policies to tackle the just transition. For instance, if investors required impact assessments in relation to a just transition (i.e. loss of jobs, number of people impacted, their background etc.), gained knowledge from monitoring and research could be used as a basis to create effective enabling policies.

In other words, one cannot provide compensation before measuring impacts on different parts of local and diverse populations, and this is something, which has so far been missing despite that the EU and Scotland have successfully set up comprehensive just transition mechanisms. Richard Mulwa, the centre director and senior research fellow at the Environment for Development Initiative in Kenya (EfD), reemphasized Jain’s argument that without data, there is just not enough certainty about who has to be compensated and how. In addition, Mulwa remarked that research needs to also take into account how developments in one sector impacts marginalization in another sector. To conclude, NDCs contributions might have to be aligned with policies in other areas and incorporating the just transition into NDCs is the first step to recognizing this necessity.

After the talk about NDCs was finalized, the discussion shifted towards defining vulnerability. Kwabena A. Anaman, a professor at the University of Ghana at the Department of Agricultural Economics and Agribusiness, explained that one of the industries which is both particularly vulnerable and contributes to CO2 emissions is agriculture. However, he also emphasized that vulnerable populations are not from one and the same industry. Instead, they might have to be classified by income levels. As Herbert Mwalukomo, the executive director at the Centre for Environmental Policy and Advocacy (CEPA), illustrated, the latter might be particularly important in relation to promoting a just transition in Malawi.

Since Malawi was described as a land-locked country, which is largely dependent on agriculture and reliant on wood fuel for cooking, its vulnerable populations can be found across various sectors. Despite that Mwalukomo also highlighted Malawi’s potential, especially linked with hydropower making up 80% of its energy mix, the country thus needs support to realize a just transition, which supports the most basic needs of its citizens. As the Malawi scenario proves, promoting a just transition in another region can have significant benefits including for countries, who think that they might be a step ahead in the energy transition.

Learning from the strengths (i.e. less CO2 emissions and experienced with renewables) and the weaknesses (i.e. relying on coal and diesel generators in some regions, unequal access to energy, vulnerable to adverse climate conditions) of African countries could drive research and development and increase Europe’s ability to deal with increased climate risks. In other words, both developed and developing countries have to contribute their share to foster a just energy transition across the globe. As Ron Teng argued, in Kenya, there is yet a need for sufficient and profound policy changes with regard to the deployment of organic fertilizer. Similar to Sri Lanka, Teng suggests, Kenya should strictly forbid the usage of toxic chemicals and pesticides.

Close to the end of the session, Gareth Philips, the Chief Climate Change and Green Officer in the AfDB Environment and Climate Change Division, remarked that what the AfDB would like to see is not a low-carbon just transition, but a low-carbon and climate-resilient just transition. As Philips continued, particularly, because African countries face issues in relation with climate resilience and adaptation, while their emissions are comparatively low compared to other regions, the AfDB wants to ensure that the cost and the benefits of this transition are divided equally across the population.