Cameroon is a sub-Saharan African country which is bordered by Nigeria to the west, Chad to the Northeast, Equatorial Guinea, Gabon and Republic of Congo to the South and Central Africa to the East. 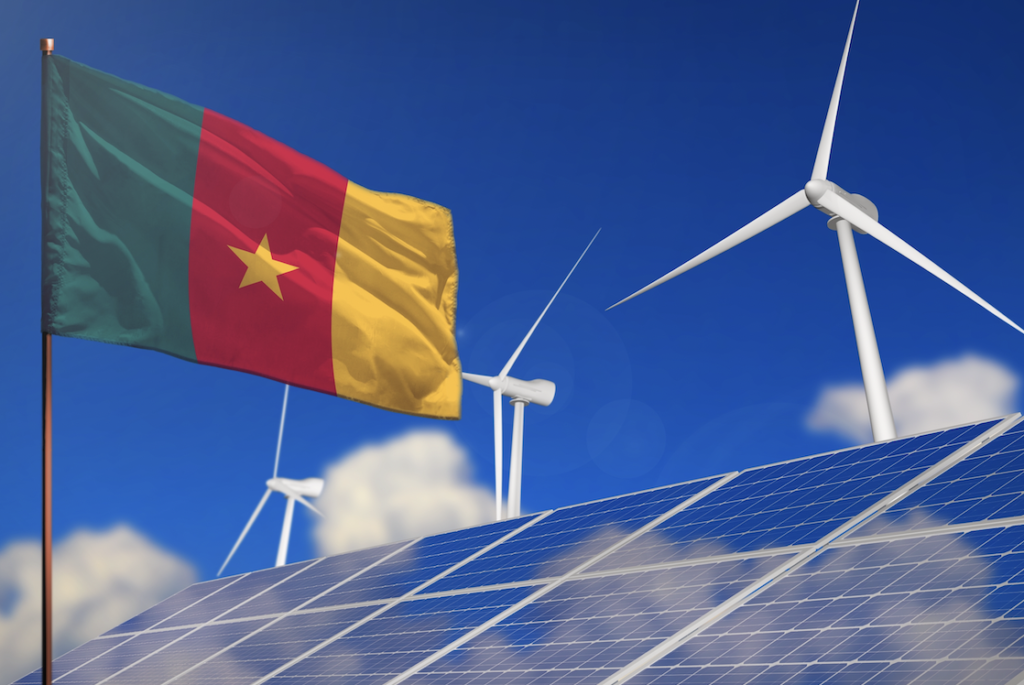 Cameroon is a sub-Saharan African country which is bordered by Nigeria to the west, Chad to the Northeast, Equatorial Guinea, Gabon and Republic of Congo to the South and Central Africa to the East. It currently has a population of over 27 million people with a growth rate of the population at 2.6% in 2020. In 2018, the GDP of Cameroon was approximately $38.675 million, growing at a 4.06% rate, while its per capita income was $1534, growing at a 1.38% rate.

Bolstered by vast energy resources such as crude oil, natural gas, hydropower, biomass, solar, wind and geothermal energy, Cameroon is well-placed to expand and diversify its economy. However, these resources remain undervalued. The country relies on hydropower energy for 73% of its electricity and petroleum products for transportation. Despite Cameroon’s high hydropower potential, the distribution of energy is inconsistent. With no connections to surrounding nations, just 20% of the population has access to the national grid. Therefore, there is a need for Cameroon to diversify its energy mix by incorporating renewables to improve its economy and increase the standard of living of its citizens. Cameroon is a signatory to the Paris Climate Agreement, which it ratified in 2016, and has committed to halving its greenhouse gas emissions by 2035.

Hydroelectric power is a non-polluting, renewable and low-cost energy source that contributes to the development of the country’s economy and society. Cameroon ranks 3rd in Sub-Saharan Africa in terms of hydropower potential, behind the Democratic Republic of Congo and Ethiopia. Cameroon currently has three hydropower production dams: Songloulou (387MW installed capacity), Edea (263MW installed capacity) and Lagdo river Benuje (72MW installed capacity) with three other dams dedicated to bolstering the Edea and Songloulou plants. These three retaining dams are the Mbakaou on the Djerem, the Bamendjin on the Noum and the Mape on the Mbam.

Cameroon’s electricity demand was predicted at 1455 megawatts in 2014 and is expected to reach 5000 megawatts (MW) by 2020 and 6000 megawatts (MW) by 2030. To address this increased demand, the government planned to construct 2500 MW of capacity between 2012 and 2020, including 298 MW of thermal capacity. To boost the productive capacity of the country’s largest facilities and two pioneering dams (Edea and Songloulou dams), these dams will be rehabilitated to provide 75 MW of generation. Additional dams are being constructed, including Lom Pangar (170 MW), Natchigal (280 MW), Song Dong (280 MW) and Menve’elé (200 MW).

Cameroon has the third biggest biomass potential in Sub-Saharan Africa, covering three-quarters of its area with 25 million hectares of forest and employing more than 60% of its population. Examples of biomass are  agricultural waste, wood and animal waste. Cameroon’s biomass potential is largely derived from agriculture and forestry. The widespread use of biomass energy for cooking, heating and lighting, particularly in rural areas of Cameroon, has resulted in widespread deforestation, which increases carbon dioxide emissions and thus global warming. In Cameroon, biomass energy resources are employed in both the household (about 75% of residential energy consumption) and industrial sectors (approximately 90% of energy demand). Despite the country’s vast forest reserve, inappropriate use of this potential has resulted in significant deforestation rates throughout the country.

The average daily solar radiation varies between around 4.5kWh/m2/day in the South and approximately 5.7kWh/m2/day in the North, with the highest values in the far north region. In comparison with Germany, which averages only 1.7 kWh/m2/day, has installed more than 40 000MW of solar energy capacity. That is to say, Cameroon’s solar potential is quite huge. However, solar energy has not been well tapped into and there are currently plans to exploit this area.

Cameroon has a modest wind potential. Proven resources have the potential to generate around 400MW in the Mount Bamboutos region of Cameroon. However, what is more significant is that Cameroon also has huge potential for developing off-grid solutions that can assist in achieving electrification using clean and economical energy sources in a relatively short period of time. This area is also not well tapped into while steps are being taken by the government to exploit these areas.

STEPS PUT IN PLACE BY THE GOVERNMENT TO ENCOURAGE RE

The President of the Republic of Cameroon, Paul Biya, signed the decree N° 2017/287 which allowed the country’s Ministry of Economy, Planning and Regional Development to close an agreement with the Bank of China for a CFA 73.95 billion ($123.2 million) loan. The funds were used to finance Phase II of the solar rural electrification program launched by the government and China’s Huawei in November 2016. Approximately 350 communities located in areas with no access to electricity were to be provided each with an installed off-grid PV capacity of 32 kW. Overall, the program was targeted at reaching around 1,000 communities and providing 150,000 people with power.

In February 2019, GE Renewable Energy was awarded a $87million contract by Nachtigal Hydro Power Company (NHPC) to provide seven 60 MW Francis turbines for the new Nachtigal hydropower plant in Cameroon. Nachtigal is a 420MW greenfield run-of-river hydropower project located 65 kilometers north of Yaoundé on the Sanaga river. The project is estimated to generate around 2.9TWh/yr (AE 381/5). As part of the project, a 1,455-metre-long and 13.6-metre-high concrete dam will be constructed, producing a reservoir of approximately 4 kilometers square. Water will be transported to the powerhouse by a 3.3-kilometer-long, 14-metre-deep headrace channel. The powerhouse will be equipped with seven 60MW Francis turbines. A 50-kilometer-long 225kV transmission line will connect the plant to the Nyom II substation.

Over 1000 homes and 6000 people in Cameroon’s North and Extreme North will soon have access to clean and sustainable energy sources, courtesy of a project aimed at boosting the use of renewable energy and energy efficiency technologies in rural families (PUERTEM). PUERTEM is exploring strategies to increase awareness of alternative energy sources such as solar, eco-friendly charcoal, sustainable stoves and biofuel manufacturing. The project’s debut will empower the local populace to achieve power autonomy at home.

The project’s pilot committee met in Yaounde on April 07, 2021 and was composed of government representatives, UNESCO representatives, the Indian High Commissioner to Cameroon and representatives from beneficiary communities. The aim of the meeting was to elect pilot committee members, present the project’s balance sheet and to validate the project’s yearly work plan. President Paul Biya’s government has committed to generating 25% of its electricity from renewable sources by 2035, with the intention of exporting power to neighboring countries such as Chad, the Central African Republic and Nigeria.

There is also a plan to construct a $3 billion hydroelectric facility as part of an ambitious project to transform the central African country into an electricity exporter by 2035. Grand Eweng, an 810-megawatt hydroelectric project on the Sanaga River, is a joint venture between the government and the US-based energy business Hydromine Inc. According to Lucas Briger, vice president of development and operations at the New York-based project developer, the new installation will begin generating power in 2028 and its capacity will expand to more than 1 gigawatt several years later.

In conclusion, the government of Cameroon plans to ensure renewables are included in its energy mix as they are currently covering only 1% of the country’s power demand.