Can Renewable Energy Be a Solution in the Face of the Looming Energy Crisis in the Eu? Ways the Eu Plans on Dealing with the Current Situation

Europe is currently engulfed in an unfolding energy crisis, raising concerns about Vladimir Putin's Russia's role in capitalizing on rising demand, limited supply, and geopolitical unpredictability. The issue of rising gas prices is not unique to the United Kingdom and countries like Spain, Italy, Greece, and France have taken drastic measures in recent weeks to mitigate the impact on consumers. 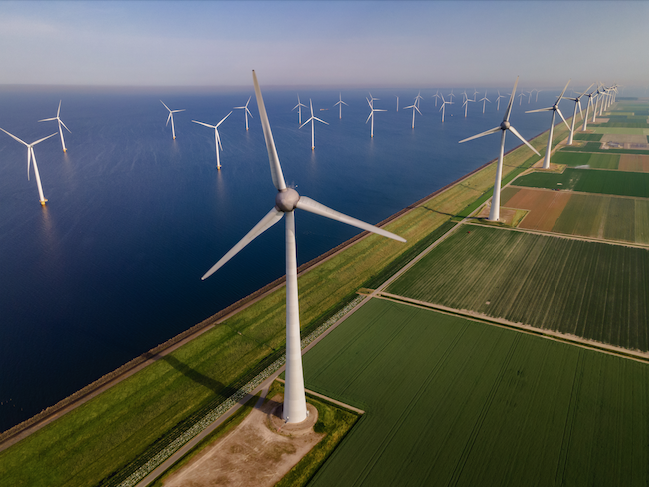 Europe is currently engulfed in an unfolding energy crisis, raising concerns about Vladimir Putin’s Russia’s role in capitalizing on rising demand, limited supply, and geopolitical unpredictability. The issue of rising gas prices is not unique to the United Kingdom and countries like Spain, Italy, Greece, and France have taken drastic measures in recent weeks to mitigate the impact on consumers.

In Italy, Roberto Cingolani, the minister for ecological transitions, has already warned Italians that their utility prices will climb by 40% in the next months, France’s government said that it will make one-time payments of €100 to around 5.8 million low-income households, and Spain’s government has committed to bring prices down to 2018 levels by the end of the year. Additionally, Madrid wrote a letter to Brussels requesting EU-wide action stating “We urgently want a pre-designed European policy menu capable of responding swiftly to major price spikes”. However, Britain is particularly vulnerable to the current price crisis due to the country’s reliance on gas for energy as it is critical for heating, industry, and power generation. Beyond that, the country’s gas grid serves more than 22 million households.

Europe is experiencing a natural gas crisis and, to a lesser extent, coal scarcity. Regrettably, the pandemic increased demand for natural gas and coal exceeding the current supply, which has resulted in price spikes and manifested in shortages throughout Europe. Arguably, Europe has been impacted for the following  reasons:

These reasons explain why Europe’s gas prices have sky-rocketed by 600% from 20 euros per MWG to nearly 150 euros MWH per hour. Also, Europe’s coal prices have shot up by nearly 400% from $50 per metric tonne to $240. To sum up, the rise of coal and natural gas prices  negatively affected energy prices as natural gas and coal account for about 20% of the EU energy.

One of the major issues with this is the economic impact, as the EU operates a common energy market and attempts to harmonise prices across the continent so that EU states pay comparable energy prices. This requires states to share their energy resources, which is fine when there are plenty of resources to go around, but becomes problematic when there aren’t enough. If circumstances continue to deteriorate, European governments may refuse to share their energy. For example, France, which is primarily fueled by nuclear energy, is currently exporting ten billion watts to EU member states such as Germany and Italy. The energy crisis is sweeping Europe as a result of limited supply. While rising demand threatens to stymie the region’s economic recovery, businesses and consumers are dealing with rising costs and increasing inflation rates.

According to Commissioner Simson’s speech at the EU Parliament’s plenary session on energy prices on the 6th of October, “…the current price increase has nothing to do with our climate measures and a great deal to do with our reliance on imported fossil fuels and their very volatile prices. The Green Deal is the only long-term answer to Europe’s energy crisis: increased renewable energy and increased energy efficiency. In recent months, wind and solar have continued to generate the cheapest electricity in Europe and they are not subject to price fluctuations”.

On October 13th, 2021, the EU Commission published a toolbox in response to inquiries about the current energy crisis. Among them are the following:

Measures for a decarbonized and resilient energy system for the medium term:

The Commission also encourages Member States in the toolbox to expand access to PPAs (Power Purchase Agreements) beyond large firms, including SMEs in accordance with competition laws and including through end-user demand aggregation. Additionally, Member States should support PPAs through matchmaking events, standard contracts, and risk mitigation via InvestEU financial instruments. PPAs are identified as a critical instrument in the European Commission’s toolbox for protecting European enterprises from uncertain market developments. PPAs are often contracted for an extended period of time ensuring corporate customers a set electricity price and mitigating market risk.

According to Lukasz Kolinski, the EU’s Commission’s head of renewables and energy system integration, “[in] the long run, the solution to EU energy surge is quicker renewables deployment and increased energy efficiency”. Beyond that, speakers at a web event hosted by the European electricity lobby Eurelectric said on Wednesday 13th October that a faster rollout of renewable energies such as wind and solar is the best response to recent spikes in gas and power prices.