Towards New Partnerships and Leadership in Renewables: Zooming behind the IRENA’s Partnership with ENI

s the International Renewable Energy Agency (IRENA) announced just two weeks ago, it has entered an ambitious three-year partnership with the integrated energy 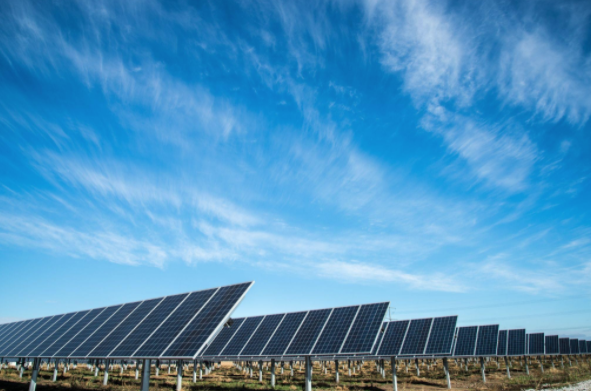 As the International Renewable Energy Agency (IRENA) announced just two weeks ago, it has entered an ambitious three-year partnership with the integrated energy company ENI, which is headquartered in Rome, Italy, and operates in at least 68 countries and 6 regions (i.e. Latin America, North America, Eurasia) worldwide including in 14 countries in sub-Saharan Africa and the MENA region. The partnership aims at promoting the use of renewables and fostering the energy transition. This article will provide an overview of the partnership’s goals, ENI’s mission and activities in Africa as well as lessons learned.

ENI’s role in the Agreement and Beyond

As various sources indicate, the agreement between the IRENA and ENI aims at two underlying goals:

The latter objectives show that multinational companies in the renewables industry have recently been challenged with new obligations and taken over a distinct role in relation to environmental, social and governance-related targets (ESG). More concretely, their task is to hold governments accountable and demand that policies not only work on paper, but in practise. Beyond that, huge multinational companies such as ENI could arguably take over the role to lobby for the inclusion of microbusinesses and SMEs in future policy objectives, action and operational plans. Especially, because policy-makers have set the bar high to reach a net zero by 2050, public funding must be accessible and effectively address the diverging needs of businesses in the renewables field.

Hence, while ESG criteria are traditionally used to assess investments, business performance and due diligence, such analyses also provide insights into policy gaps at various levels (i.e. local, regional, interregional). As information about business operations and their particular impact becomes more transparent and more readily available, businesses in the renewables sector can identify common problems, analyze and prove, where failures go back to political and legal challenges (i.e. gaps in the law, bureaucratic processes and economic policies). Consequently, they are able to demand that policy-frameworks and societal infrastructures (i.e. the ‘infrastructures’ needed to implement projects in line with ESG standards – political, economic, socioeconomic, legal etc.) are effectively adapted to support the private sector in the energy transition.

The latter also highlights the need for cooperation between businesses in the energy sector and civil society. Since state accountability can partially be enforced through multinational businesses, interregional cooperation and interregional knowledge exchange; research and development, the participation of civil society respectively, local populations in company politics, capacity building activities and project monitoring play an ever more important role. Since the latter activities benefit businesses, civil society and governments alike, the energy transition requires effective cooperation between the public and private sector. The cooperational project between ENI and the IRENA could be regarded as one of the many pilot projects at this intersection.

As the IRENA’s most recent press release explained, ENI and the IRENA will work together towards…

“the integration of the African continent into the biofuel value chain through institutional capacity building, agribusiness and industrial development initiatives aimed at the production of advanced biofuels, helping the decarbonisation of the transport sector and promoting development opportunities.” (IRENA, 30 September 2021)

The latter does not only prove that the expertise of multinational companies in various regions as well as in developing countries, is increasingly important for governments, but also provides hope that international companies will take up the role to ‘localize’ their operations beyond the content-level. The latter must include learning from African countries’ expertise in the biofuel field. As the IRENA emphasized in a 2017 report on the “Biofuel Potential of Sub-Saharan Africa”, both South Africa, Ghana, Mozambique, Nigeria and Uganda have acquired experience with technologies in the field of biofuels (i.e.for lignocellulose/starch- and sugar-based feedstock conversion).

ENI’s Work in Africa at a Glance

Until today, ENI has gathered operational experience in various African countries. Among these are Algeria, Angola, the Republic of the Congo, the Ivory Coast, Egypt, Gabon, Ghana, Kenya, Libya, Morocco, Mozambique, Nigeria, South Africa and Tunisia. In 2020, it invested €36,6 million into sub-Saharan Africa, spent €44,2 million on local development and allocated €16,3 million to support infrastructure development. Thereby, both ENI’s commitment to protect forests in Zambia and to provide training to young entrepreneurs in Ghana, Nigeria and Kenya, shows that ENI is actively working towards tackling environmental and socio-economic issues.

Whereas the company has also committed to diversity and inclusion, for instance by training women in de-mining in Angola and by supporting female entrepreneurs in Nigeria, Uganda and Tanzania, the current composition of its management board could be more inclusive of leaders from local African communities. This is not only because of ENI’s new partnership with the IRENA, but also because of other partnerships such as the one between ENI and Ghana’s National Board for Small-Scale Industries (NBSSI) and ENI’s partnership with Standard Bank Mozambique, further diversifying its knowledge production, content, operations and foreign investment strategies with local experts could be beneficial for both sides.

ENI’s activities in Africa are, among others, accompanied by research on human rights and a concern for local populations. In 2014, ENI engaged the Danish Institute for Human Rights (DIHR) to carry out a human rights impact assessment (HRIA) with regard to the company’s work in Mozambique. Recommendations, which could also be useful for future biofuel projects included work with local communities in local languages. Language barriers can be a severe issue when it comes to inclusion, however, they can easily be avoided.

Particularly, because another recommendation from the report was to assess the impact of projects not only on livelihoods, but also on economic displacement, the latter should also be taken into account when carrying out projects to steer development in the biofuel sector. Furthermore, when building up the biofuel sector in various African countries, it might be beneficial to set up grievance mechanisms as with earlier projects of ENI in Mozambique. As the Centre for Research on Multinational Corporations (SOMO) explains, grievance mechanisms offer “a formal, legal or non-legal (or ‘judicial/non-judicial’) complaint process that can be used by individuals, workers, communities and/or civil society organisations that are being negatively affected by certain business activities and operations”.

Although grievance mechanisms do not usually demand a financial contribution, this depends on the individual case and the particular type of grievance mechanism. Whether and how local grievance mechanisms could be established in cooperation with the IRENA to steer inclusion is certainly an important question, whose answer needs to be operationalized through concrete action plans early on in the project stage. Especially, because the biofuel industry is estimated to grow at a rapid speed worldwide and will undoubtedly transform African livelihoods, accountability and reporting mechanisms are indispensable.