According to euronews.green, 80 activists blocked Royal Dutch Shell’s port in Rotterdam on October 4, 2021, to protest against its ‘greenwashing’ campaigns, which DeSmog had accused the company of repeatedly since 2018. 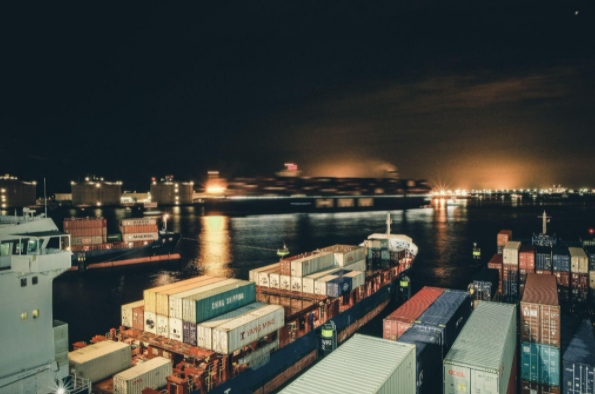 According to euronews.green, 80 activists blocked Royal Dutch Shell’s port in Rotterdam on October 4, 2021, to protest against its ‘greenwashing’ campaigns, which DeSmog had accused the company of repeatedly since 2018. With ‘greenwashing’ constituting a PR method, which allows large, multinational businesses to position themselves as invested into the energy transition despite that their behaviours reflect rather poor environmental performances, the phenomenon proves that not all investments into renewables are truly or ethically ‘green’. Especially because Shell has recently announced various projects and investments in the renewables sector, including a partnership for 800 MW of solar farms in the U.K., it might be relevant to keep putting the ‘generosity’ of Shell into a wider perspective.

Three hours after Greenpeace activists kept protesting and lobbying for a ban on oil and gas advertisements while occupying the Shell refinery in Rotterdam port, Dutch police started to remove the activists, of which 10 were later arrested for entering the premises of Shell and of which 12 were detained for blocking the biggest port in Europe. As Jennifer Morgan, the Executive Director of Greenpeace International who also refers to herself as ‘climatemorgan’ on Twitter, announced that she has been “proud to volunteer in this peaceful protest [which] call[ed] for a new law to ban fossil fuel advertising and sponsorship in Europe”. As Morgan continues, “[u]nder a month to go until COP26, it’s time to say no more propaganda, no more pollution, no more profit before people and planet!”.

With videos from the protest showing how activists rowed through the Rotterdam port in kayaks while displaying banners, which called for a “ban of fossil fuel advertising”, and with the 33m long Greenpeace sailing ship having metaphorically taking up space to create awareness of the urgent need to “scan to ban fossil fuel ads [and] sponsorships”, Shell’s spokesman Marc Potma announced that the company disagrees with and opposes the views of the activists. While Potma emphasized that Shell would not discourage Greenpeace’s right to protest, activists were criticized for having ignored the “strict safety regulations”, which apply on Shell’s premises in Rotterdam. After dropping the safety argument, Potma went over to emphasize that the activists’ occupation of Shell’s premises was illegal.

In other words, whereas Shell’s statement showed a general but restricted openness for protests, their actions and response, and in particular, the company’s avoidance to actively discuss claims with Greenpeace’s environmental activists, clearly showed otherwise. Beyond that, Shell’s very general statement about safety concerns appeared to serve the removal of activists rather than reflecting a serious concern for their safety, or else one might still have to await an open talk between the two parties. As Tie Schellekens’ statement emphasized, there was “barely any disruption to shipping traffic” linked with the protest, which implies that the company did not face any significant economic losses.

The only explicit reason to detain and dismiss protestors was linked with the fact that the latter risked their own safety to have a word with the company. Therefore, Shell’s general statement about their safety concerns appeared to silence further discussions. Certainly, the European Citizens Initiative, which has so far collected a little more than 42,000 signatures on its petition to “Ban Fossil Fuel Advertising and Sponsorships, poses a threat to Shell’s activities in the oil and gas industry. Being ranked the largest oil and gas company in the world six years in a row, Shell has a lot to lose even if it has pledged to become a “net zero emissions energy business” by 2050. What the business giant might still have to realize in case greenwashing accusations are true, is that rapid changes of its practises are urgently needed to: 1) protect employees, 2) foster a just transition, and 3) compensate for its past to present damage to the environment.

As most recently announced, Shell will cooperate with two solar developers from the UK in an attempt to establish solar farms of more than 800MW. More concretely, it will work together with Island Green Power and Clearstone Energy to set up photovoltaic (PV) projects, among others, in the South-East of England as Renewables Now revealed. While one of the two initiatives will focus on developing PV projects for export (100MW/each), the other project with Island Green Power is connected to PV projects with co-located battery storage sites. As explained earlier this year by Energy Storage News, co-located battery storage can “help mitigate risk and counter renewable yield compression”.

However, promoting new technologies and innovation in renewables appears somewhat insufficient considering what the media and Shell did not announce as widely. Just a week ago, the company was rejected by a UK regulator with regard to support for its Jackdaw gas field project in the North Sea. While concrete reasons for the rejection of Shell’s environmental statement have not yet been revealed, the UK’s oil and gas rigs have been argued to cause the most pollution in the North Sea. Next to its investments into renewables in the UK, Shell has also recently been discussing investing huge amounts of money into renewable energies in Brazil in a project frame until 2025.

Similar to the UK scenario, the announcement was followed by headlines, which laid open that Shell was the largest bidder at the most recent oil auction in Brazil, where it purchased “100% operating stakes in the S-M-1707, S-M-1715, S-M-1717 and S-M-1719 blocks” in the Santos Basin as S&P Global affirmed. During the same auction, Shell entered with 70% participation in the 5th partnership with Ecopetrol SA, Colombia’s national oil company, which has been facing sanctions by the National Environmental Licensing Authority (ANLA) this year. In other words, recent news about Shell’s operations in various locations globally are at the least worrisome. In order to thoroughly assess whether Shell engages in greenwashing and to what extent, the company could publish information for a joint impact assessment together with activists.

Especially because search engines such as Google display headlines about the Shell stock and Shell’s current involvements in renewable energy projects before giving access to any critical information about the company’s operations and their impact on the environment and climate change, concerns about ‘greenwashing’ seem reasonable. In an age, where companies and (social) media outlets such as Facebook make money with information, such concerns do not only relate to how companies in the energy sector portray themselves in the media, but also to how other companies utilize the gaps in big data to generate profits.

At the latest, since Shell had to compensate for the 1970 Niger Delta oil spills, was accused to have benefitted from the apartheid-era land law in South Africa, agreed to employ drug rehab patients in the US without paying them a wage and was shown to have supplied Nazi Germany with fuel, it might be rather obvious that the history of companies must play a role when assessing their most recent investments and respective impact. Speaking about environmental protection and climate change, a positive impact would seek to undo past CO2 emissions and the latter cannot be achieved through a few ambitious projects in the field of renewables unless investments into coal and oil rapidly decline. However, so far Shell has not expressed such ambitions. As Shell’s CEO Ben van Beurden said,

“Shell plans to keep investing in oil, gas and liquefied natural gas as the ‘cash engines’ for the energy transition and expects its giant LNG Canada project, targeted at Asian markets, will operate well into the second half of the century”.