The 65th IAEA General Conference 2021: On the Feasibility of Nuclear Power on the Pathway towards a Net Zero

The 65th International Atomic Energy Agency (IAEA) General Conference (GC) took place from 20th-25th September in Vienna parallel to a range of other important international events, which addressed the role of the energy transition in combating climate change. 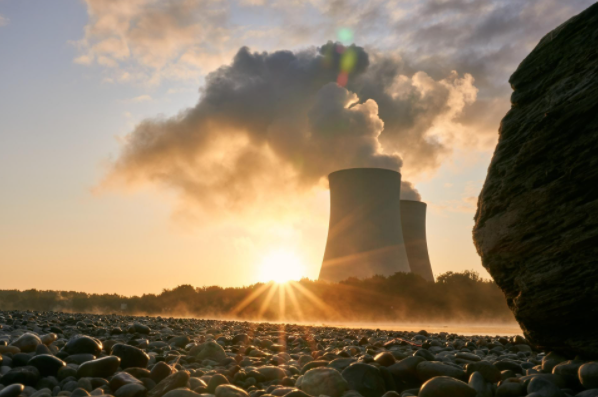 The 65th International Atomic Energy Agency (IAEA) General Conference (GC) took place from 20th-25th September in Vienna parallel to a range of other important international events, which addressed the role of the energy transition in combating climate change. During the conference, Russia discussed how countries could reduce their carbon footprint through nuclear energy. This was just a month after it was announced that Zimbabwe signed a Memorandum of Understanding (MoU) with the Russian state corporation Rosatom, which, as the Heinrich Böll Stiftung explains, is at the forefront of the global production of nuclear power plants (NPPs).

Support for Nuclear Power at the IAEAGC 2021

The importance of the energy transition and the reliance on renewables has been highlighted at various international conferences most recently, which have included the UN High-Level Dialogue on Energy, the Sustainable Development Impact Summit and the Energy Action Days, all of which are leading up to the COP26 in November 2021. However, what is still unclear is which strategic partnerships countries will form in the course of the energy transition until 2030 and 2050.

Unlike countries such as the U.S., France, China, Russia, Japan, South Korea and India, some African countries might just not be ready yet to rely on nuclear power by 2030. According to the Energy for Growth Hub, only Egypt and South Africa will definitely be ready for nuclear power by 2030, whereas other countries such as Morocco, Tunisia, Algeria, Nigeria, Ghana, Kenya and Sudan might or might not reach this capacity. By 2050, a range of other African countries, among these Zimbabwe, might be ready, but prospects for countries such as Mozambique, Sierra Leone, Cameroon, Mauritius and Equatorial Guinea are so far not very good. The question is however, whether this is a disadvantage considering potential risks of nuclear power. After all, nuclear energy probably reminds at least some of us of the tragedy of the Fukushima Daiichi nuclear disaster in Japan.

Back in 2011, when the 9.0 magnitude Tōhoku earthquake triggered a 15m tsunami, which in turn shut down the power supply and cooling of three nuclear reactors, Japan suffered many losses, faced a health crisis and an environmental crisis. As Mark Z. Jacobsen from the Heinrich Böll Foundation argues, “nuclear energy is not the answer to solve climate change”. First, it is significantly more expensive than offshore wind power. Second, the planning of nuclear projects is time intensive and therefore neither a short, nor a mid-term solution for some countries. Third, both the risk of a meltdown, as witnessed in Japan and Chernobyl, as well as health and waste risks might make investments into nuclear power less attractive. Fourth, nuclear power will neither bring emissions down to a net zero, nor tackle air pollution. Fifth, nuclear power would increase weapon proliferation risks and might put the security of the international community at stake.

The Role of Nuclear Innovation in a Just and Clean Transition

One of the side events of the IAEAGC was moderated by Facundo Deluchi, the former National Director of Nuclear Policies at the Undersecretariat of Nuclear Energy at the Government Secretariat of Energy in Argentina. As John Kotek, the Vice President of Policy Development and Public Affairs at the Nuclear Energy Institute (NEI), argues, “having that 24/7 operational availability for nuclear to complement rising shares of wind and solar storage in the decarbonized grid brings tremendous value”. Among others, Kotek pointed out that various US committees are in agreement that the cost of decarbonized energy can be decreased by using nuclear power as a ‘backup’.

In addition, Kotek mentioned that nuclear power will allow societies to build up a decarbonized grid faster with this industry having a further positive impact on job creation and wages in the US, and beyond that, he highlighted the capacity of nuclear power to “decarbonize beyond the grid…[and to] address the two thirds….of emissions that are outside of the electric sector”. Whereas one might agree or disagree with Kotek’s arguments, the latter are certainly focused on the effectiveness of nuclear power in the US rather than on its efficiency in other regions such as Africa, where nuclear power will take a much longer time to become an effective solution to energy access. As Kristine Madden, Nuclear Safeguards Evaluator & Nuclear Safeguards Inspector at the IAEA, pointed out during the ending of the session, nuclear energy is just one of many options on the pathway to a net zero, which must be pondered against its advantages and disadvantages. Innovation plays not only a role in relation with nuclear power, but in relation to all kinds of energy sources, however integrating nuclear energy into international policy frameworks could at the least make it accessible to all countries around the world as one particular solution.

Pondering Arguments for and against Nuclear Power

According to the EU ‘Taxonomy Regulation’, the EU’s use of nuclear power for the electricity generation in 2017 accounted for more than double the electricity generation from nuclear power of the world. However, back then EU countries had slightly less experience with the generation of electricity from hydrogen. Especially, since 40% of the low carbon electricity in ‘advanced economies’ was generated from nuclear in 2018 as well, one might come to think that its impact on more vulnerable regions, especially climate-wise, must first be thoroughly assessed. Whereas it has been shown that relying on nuclear power (40%) and hydrogen (30%) is possible in advanced economies, which added up wind power (15%) and solar power (6%) to their energy mix in 2018, regional risks must be assessed in relation with nuclear not only in relation to environmental vulnerability, but also political stability, conflict and corruption.

The Foreign Council On Foreign Relations (ECFR) has emphasized that “[c]ompanies that generate fossil-fuel and nuclear electricity tend to be much more centralised and well-resourced than renewables firms, often making them better able to mobilise against unwanted state interventions”. However, the latter does not hold true for Rosatom, which is not only the biggest producer of nuclear power worldwide located in Russia, but also state-owned. Indeed, nuclear power could put countries, which are vulnerable to environmental hazards and which face political instability or conflict, at risk. In order to combat such risks, a strong cooperation with other countries in the execution of nuclear projects might be key.

Even when various EU countries such as Germany and Denmark are not particularly supportive of nuclear power, it might indeed depend on the local context, where the latter can accelerate the energy transition temporarily and where it makes sense to adopt a more radical approach, and rely more quickly and heavily on renewables. Controversial discussions about replacing nuclear plants with gas plants in Belgium and discussions about soaring energy prices in Spain certainly show that the energy transition must be accompanied by effective policies, economic interventions and multi-stakeholder cooperation. Therefore one question, which might provide some clarity on whether nuclear power could be a transitional solution for certain countries, could be whether the three afore-mentioned measures would work effectively should nuclear power be shut down completely, especially in the mid-term.