The Sustainable Development Impact Summit 2021: Debating the Role of Energy at the WEF

Right before the UN High-Level Dialogue on Energy on 24th September 2021 took place, the World Economic Forum’s (WEF) Sustainable Development Impact Summit 2021 (SDIS21) kicked off online and addressed a variety of topics, which are most directly or indirectly related to the green transition. This article provides an overview of the various debates, which circled around renewables, climate change and the energy transition. Since the 4th Day of the SDIS21 focused on energy only to a lesser extent, this article provides an overview of the first three days of the summit. 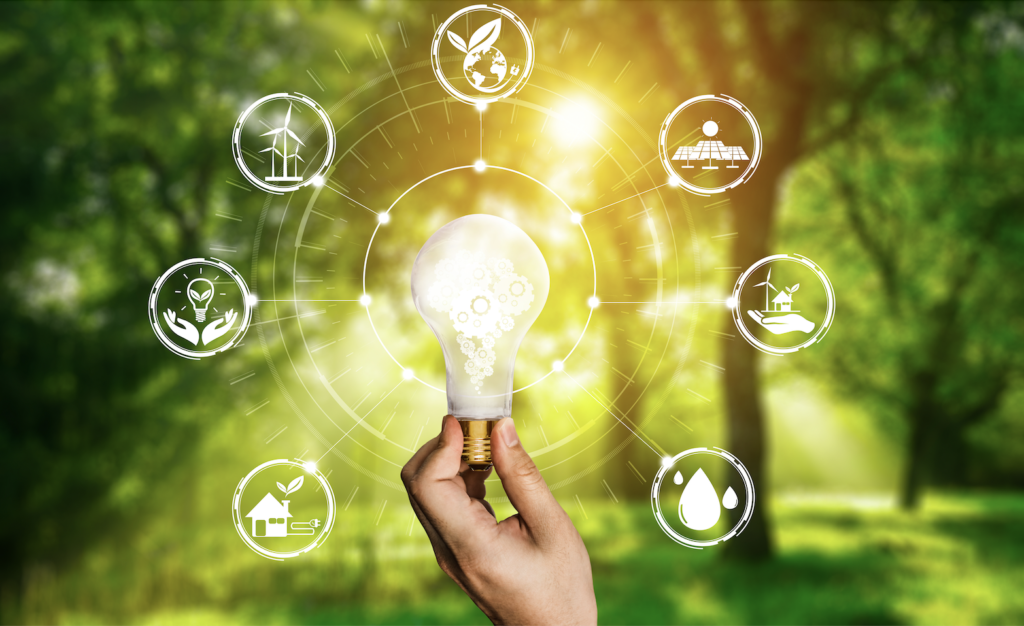 Right before the UN High-Level Dialogue on Energy on 24th September 2021 took place, the World Economic Forum’s (WEF) Sustainable Development Impact Summit 2021 (SDIS21) kicked off online and addressed a variety of topics, which are most directly or indirectly related to the green transition. This article provides an overview of the various debates, which circled around renewables, climate change, and the energy transition. Since the 4th Day of the SDIS21 focused on energy only to a lesser extent, this article provides an overview of the first three days of the summit.

As Betty Maina, Cabinet Secretary for Industrialization, Trade and Enterprise Development of Kenya remarked in this session, “trade and investment can do a lot more to support health and inclusion” and public policies have to actively address the links between these themes. Especially since the world is complex, as Nabeel Al-Admudi, CEO of the Olayan Financing Company (OFC) argued, cross-border investments are key to deal with the new challenges which businesses and the private sector face (i.e. the development of sustainability strategies). Similar to Al-Admudi, Ankiti Bose, the co-founder and CEO of Zilingo, emphasized that businesses who are coming out of the COVID-19 pandemic deal with certain challenges. However, combining environmental social governance (ESG) with profitability is possible.

As was pointed out during this session, only 17% of COVID-19 recovery packages have allocated funds to implement environmentally positive measures. The latter demonstrates the need for policymakers to actively address different types of recovery within respective policies and plans. As Inger Andersen, the executive director of the United Nations Environment Programme (UNEP) explains, a lot of funding has been dedicated to fossil fuel and agricultural subsidies, however what would aid the greening of the economic recovery actually, is to incentivize the private sector with a regulatory setting. Especially, since climate tech is an upstreaming and important field which currently lacks investors due to its long development cycle (i.e. in comparison with AI) and lacking perspectives on profitability, as was pointed out by Enass Abo-Hamed, who is the CEO of H2GO Power, government funding remains crucial in advancing this industry.

In this session, it was emphasized that increasing access to electricity and power at affordable prices globally is key in addressing poverty and rising living standards. Vicki Hollub, the president and CEO of Occidental Petroleum, suggested that the energy transition must thereby be accompanied by “technologies that help not only prevent emissions from existing sources, but to also remove CO2 from the air” and Rich Lesser, the Global CEO of the Boston Consulting Group, added that “most sectors have most of their carbon emissions not inside their own operations, but in the operations of their upstream business partners”.

Consequently, Lesser concludes that there is a rampant need to change the way in which companies are working with business partners and provide investments, where companies in specific regions might struggle with finance to put forward environmentally-friendly business operations. In other words, Lesser hints that a just transition must happen at both the individual and business level. One area, which George Oliver, the Chairman and CEO of Johnson Controls, identifies as particularly important on the pathway to a net zero is the decarbonization of buildings. As Oliver emphasizes, “buildings represent some 40% of global emissions”.

H.E. Mohammed Al-Jadaan, the Minister of Finance of Saudi Arabia, brought a rather controversial topic to the table. Based on his expertise, he predicted that clean energy will not be a feasible solution in the short-and mid-term. Even if 50% of Saudi Arabia’s energy mix comes from renewables and the Kingdom is investing billions into renewables, energy security might be an upstreaming issue in the upcoming years as Hollub confirmed. As Lesser reemphasized, acting with the sense of urgency needed to bring CO2 emissions to a net zero will affect the most vulnerable populations, but relying on oil and gas creates different crises for these populations as well.

The second day of the SDIS21 dealt with topics such as: 1) global implications of the green recovery, 2) sustainable solutions for the MENA region, 3) climate, COVID and conflict, 4) social governance, 5) digital inclusion, 6) the pandemic education gap, and 7) innovation on the way to reach the 2030 goals.

While kicking off this session, Børge Brende, the former Foreign Minister of Norway and the president of the WEF, remarked that he noticed that about 50% of Belgium’s fiscal stimulus “is now allocated into a green transition”. As Alexander De Croo, the Prime Minister of Belgium explained, the most recent changes (i.e. changes in weather conditions) and changes during the last years (i.e. a decline in agricultural productivity) require that governments set the stage for different economic actors and incentivize them to do the right thing not only from a “human perspective, but also…from an economic perspective”.

As De Croo continues, “making sure that [the right actions] make[s] business sense…is the task of governments”. Rather than putting forward geopolitical interests at COP26, De Croo adds, COP26 should be used as a chance to discuss the role of the EU in contributing to change inside and outside of its borders, for instance, by building on the strength of a common EU approach to finance and the green transition. Especially, because the cost for renewables is competitive considering rising gas and power prices, it is important to foster innovation including with regard to sustainable housing. Another important area of development, as Stefan Schaible, the Global Managing Partner at Roland Berger, pointed out are electric cars. In particular, because the increased demand for electricity poses a challenge, so Berger explained, public-private partnerships matter in securing a smooth transition.

During this session H.E. Dr. Yasmine Fouad, Minister of the Environment of Egypt, emphasized that climate finance, urban development and climate adaptation play an important role in recent times and in the future, whereby the Egyptian Government has taken steps to predict the impact of climate change on particular cities. Urban development and the development of more sustainable housing, as Hasan Al Jabri lays out, also adds a significant value to the real estate sector. In other words, sustainable housing might attract more investment and regenerate profits despite initial costs. Quite in contrast to previous speakers, Majid Jafar, the CEO of Crescent Petroleum, criticized that governments lost a view for other regional matters while working on climate change. While not neglecting the importance of climate measures, Jafar asked governments to keep working on their particular issues (i.e. conflict, refugee crises), because idealizing what climate measures can achieve for people at other risks right now would be fatal.

The third day of the SDIS21 addressed the following topics: 1) sustainable tourism, 2) unlocking carbon markets, 3) energy systems, 4) net-zero health and healthcare, 5) the creation of a responsible data ecosystem, and 6) the prevention of ecocide.

This session was moderated by Justin Adams, the Executive Director of the Tropical Forest Alliance at the WEF, who kicked off the session with the question whether “carbon markets are a crucial part of the solution [to reaching a net zero globally] or a dangerous distraction?”. Rachel Kyte, the Dean of Fletcher School at Tufts University, suggested that carbon markets are part of the solution. As Kyte explains, in order for carbon markets to be part of the solution, they need to have high integrity and serve as a financial tool to achieve decarbonization globally. Eron Bloomgarden, the Executive Director of Emergent agreed with Kyte and remarked that carbon markets are not a tool for companies to avoid responsibility with regard to CO2 emissions. Joaquim Levy, the Senior Vice President of Banco Safra, added that carbon credit also serves to ensure a just transition and could address global and domestic inequalities.

As Lutfey Siddiqi, a Visiting Professor at LSE, reminds spectators of the SDIS21 “over a 5th of the world’s largest OPEC countries have committed to meet net zero targets, fight climate change and tackle the biodiversity crisis”. But, what actions can companies take? Jesper Brodin, the CEO of the Ingka Group (IKEA), argued that companies such as IKEA have a moral obligation to join the fight for climate change. In agreement with Brodin, Cynthia Cummis, the Director of Private Sector Climate Mitigation at the World Resources Institute (WRI) in the U.S., emphasized that companies should not only decarbonize their own value chains, but make further investments to support the net zero transition. Jennifer Morgan, the Executive Director of Greenpeace International, remarked that accountability mechanisms should play a crucial role in holding companies accountable and for making sure their transparency.

As David Turk, the Deputy Secretary of Energy at the US Department of Energy, announced, the U.S. government is actively working on technologies for and financial aspects of innovation in the energy sector. Thereby, one particular aim of the U.S. government is to shrink the cost for green hydrogen. As an industry expert, Ignacio S. Galán, the Chairman and CEO of Iberdrola, emphasized, investments into renewables and new technologies must be enabled through faster administrative processes. Considering the urgency to act and the need to convince other countries outside the EU to follow, Europe should also ensure that its actions on the energy transition are consistent. By the 2040s or 2050s, as Jon Moore, the CEO of BloombergNEF argued, certain countries might be powered by green hydrogen, which is generated by nuclear energy.

Debating the Role of Energy at the WEF