As our last article emphasized, the Energy Action Day on 16th September 2021 marked an event, which led up to the UN High-level Dialogue on Energy on 24th September 2021 and the COP26 in Glasgow from 31st October -12th November 2021. Whereas few insights from earlier sessions were provided within our last article, this article serves to give an overview of the remaining sessions at the Energy Action Day 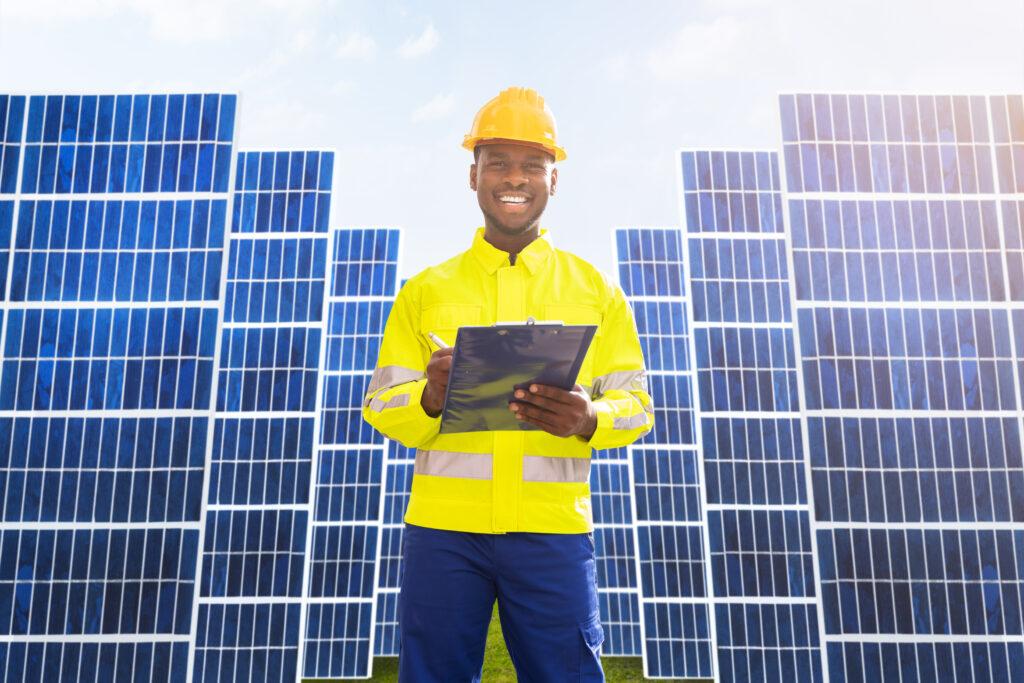 As our last article emphasized, the Energy Action Day on 16th September 2021 marked an event, which led up to the UN High-level Dialogue on Energy on 24th September 2021 and the COP26 in Glasgow from 31st October -12th November 2021. Whereas few insights from earlier sessions were provided within our last article, this article serves to give an overview of the remaining sessions at the Energy Action Day. Especially, if you are excitedly awaiting the UN High-level Dialogue on Energy and the COP26, prepare yourself with this background read!

The session “From Coal to Clean” was moderated by Glenn Pearce-Oroz, the Senior Director of International Relations and Special Projects at Sustainable Energy for All (SEforAll), and attended by Alok Sharma, the COP26 president; H.E. Malik Amin Aslam, Minister for Climate Change and Special Assistant to the Prime Minister of Pakistan; Mafalda Duarte, the CEO of Climate Investment Funds; and Mary Quaney, the CEO of Mainstream Renewable Power. As Alok Sharma emphasized during the opening speech of this session, “countries like Pakistan have committed to put an end to new coal power”, but rely on the support of international partners to promote the transition to clean energy effectively.

In the UK, as Sharma laid out, coal currently makes up for less than 2% of the energy mix. However, by 2024, the UK plans to generate its energy mix without any help of coal. Furthermore, Sharma emphasized that the entire group of the G7 will decarbonize and stop financing coal internationally in the 2030s. Especially, because South Korea is one of the two largest coal financers in the world, the government’s decision to join the latter goal is anticipated to have a huge impact. Sharma also remarked that the COP26 Energy Transition Council was launched last year to encourage dialogue and international cooperation between 20 governments and 15 international institutions, who work towards the energy transition.

While H.E. Malik Amin Aslam agreed with the ambitious goals on the road towards decarbonization, he remarked that during COP26, it must also be addressed “how…we [can] decouple future economic growth from growth and emissions”. As he argues, Pakistans’ vulnerable position in regard to the climate crisis is disproportionate to its global carbon emissions, which make up for 1% of emissions worldwide. However, especially because Pakistan’s energy mix depends on coal to 10-15%, the minister remarked that the real challenge is how to step down from coal without facing an economic crisis. The thought that it is a bigger challenge to move away from coal than to invest into renewables was reemphasized by Duarte.

In the past, young representatives were only invited at the last minute, but now they are actively involved in shaping the agenda for meetings. Nevertheless, as Burnouf outlines, youth engagement might still not be taken seriously enough as long as youth activists and industry specialists are not as actively involved in international summits as other representatives. In addition, action is needed to include young people who face language barriers and have a lack of access to high level networks. One way to address such a barrier would be to include youth more actively in national parliaments.

As Ben Backwell argued, COP26 should establish a “new baseline”, which seeks to reach targets well before 2050. By 2030, Backwell suggests, policymakers should have tripled to quadrupled the demand and funding opportunities for wind energy, if their aim is to get to 8TW power. Meanwhile Martínez Palacio announced that Iberdrola will “double [its] install capacity in the North Poles in the next 5 years…moving 30 to 60GW…planning to end up 2030 with 90GW”. Moreover, Iberdrola will build the first offshore wind farm in the U.S. and the company’s first hydrogen plant in Spain.

Jürgen Zattler emphasized that the various problems related to energy storage, financing and the integration of renewables in the energy grid need to be transformed with the help of private investors and under the leadership of a few rich countries. This argument was underlined by Alvera, who expressed the urgency of ensuring that developing countries needed to have cheaper access to renewable energy. Therefore, Chile, which will double its solar and wind capacity in the next 2 years and aims to export the cheapest green hydrogen by 2030, could be a sample for other countries.

This session was hosted by Espen Mehlum, Head of the Growth Markets Programme at WEF and moderated by Rhian Mari Thomas, the CEO of the Green Finance Institute. It was attended by H.E. Flemming Møller Mortensen, Denmark’s Minister for Development Cooperation; Rafael Mateo, the Chief Executive Officer at the Energy department of Acciona; Ylva Lindberg, the Executive Vice President of Norfund; and Ajay Mathur, the Director General of the International Solar Alliance.

As Mehlum emphasized, a joint report by the IEA and the WEF found that “emerging and developing economies will need an increase from USD150 billion investments last year to over USD1 trillion a year by 2030 to be on track for net zero emissions by 2050 and to reach SDG7 goals”. However, most speakers emphasized that investments do not forego certain risks. Therefore, Møller Mortensen suggested that 1) governments should actively work towards making renewables attractive for private investors especially in developing countries (i.e. through partnerships, certain models of taxation); 2) the post-COVID-19 recovery should be tied to the creation of jobs for the green transition; 3) public-private partnerships in the renewables sector must be established to provide private investors with more secure prospects.

While the latter constitutes some way of creating security around investments and strengthening local economies, Lindberg emphasized that an investment bias is currently also holding back possibilities in international cooperation for the green transition. As long as each region only invests in its own development, particular impacts cannot be accelerated. Yet, Norfund’s success through a very impactful and profitable wind power project in Kenya, which was initiated in 2011 shows that investments simply need to be planned well and with clear objectives. Mathur stated that 95% of the cost of renewable energy is the cost of the plant. Consequently, investments and particularly institutional investments, are crucial in securing that emerging and developing countries can move towards renewables.

This session was moderated by Selvin Brown, Director for Energy Efficiency and Local at the Department for Business, Energy and Industrial Strategy (BEIS) and attended by Kudakwashe Ndhlukula, the Executive Director of the SADC Centre for Renewable Energy and Energy Efficiency; Thol H.E. Pen Sophal, Secretary of State at the Ministry of Land Management, Urban Planning and Construction in Cambodia; H.E. Jeanne d’Arc Mujawamariya, the Minister of the Environment in Rwanda; Malick Ndiyae, the CEO of the Banque Agricole Senegal; and Jennifer Anderson, the Vice President, Strategy, Business Development & Chief Sustainability Officer at Carrier.

As Brown emphasized, energy efficiency is tied with product efficiency and the UK government is committed to work on both of the latter. As Ndiyae explained the Banque Agricole Senegal’s involvement in the new financing mechanism, which was launched in April 2021 by L’Agence pour l’Economie et la Maîtrise de l’Energie (AEME) and Direction de l’Environnement et des Etablissements Classés (DEEC) to ensure access to sustainable cooling, aims at promoting energy and product efficiency as well.

However, before product efficiency can pay off, access to energy and energy security must be secured. Uganda’s minister for the Environment reemphasized the importance of understanding climate change as a phenomenon, which we all are facing together. In addition, energy efficiency cannot be tackled unless issues in relation with housing and infrastructure are addressed as well. Anderson remarked that “buildings [are in fact] responsible for as much as 40% of a country’s energy consumption”.

As Dan Jørgensen suggests, governments need urgent support from citizens, the industry and private investors in order to ensure that the energy transition can take place.  The energy transition should thereby be used as a chance to create jobs, promote exports and technological innovation. Whereas the latter demands more action than in the past, as Ligia Noronha argues, the triple crisis (i.e. climate, nature, pollution) needs to be addressed through a “system-wide approach…with a strong ‘just transition’ underpinning this”. Under such an approach, the work of international organizations remains particularly relevant.