Merkel Expresses Interest in Lithium, After Protestors Demand That The Serbian Government Cuts Ties with Rio Tinto: Serbia’s Environmental Accession to the EU

During a visit of Angela Merkel at the end of her term in office in Belgrade on 14th September 2021, the German chancellor expressed her interest in Serbia’s lithium. Ironically, this comes just after thousands of protestors have demanded the Serbian Government to cut ties with Rio Tinto, a multinational mining company who aims to execute an ambitious project in West Serbia. 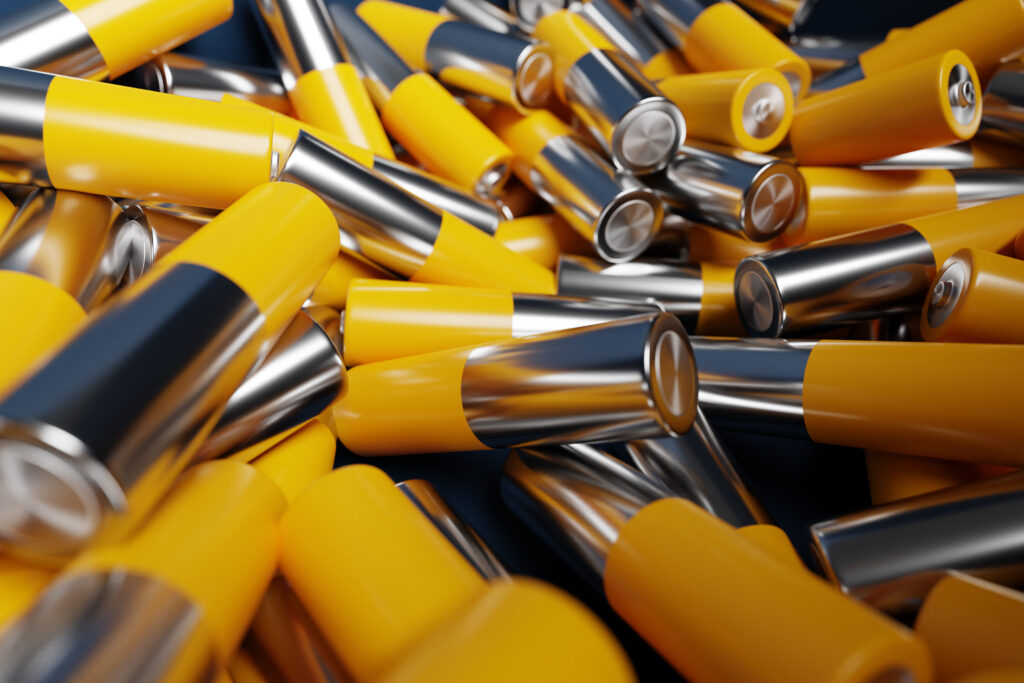 During a visit of Angela Merkel at the end of her term in office in Belgrade on 14th September 2021, the German chancellor expressed her interest in Serbia’s lithium. Ironically, this comes just after thousands of protestors have demanded the Serbian Government to cut ties with Rio Tinto, a multinational mining company who aims to execute an ambitious project in West Serbia. This article serves to give an overview of the current situation and Rio Tinto’s planned activities in Serbia. In addition, it will provide some background information about lithium-powered electromobility and lithium shortages in the EU.

Environmental Accession of Serbia to the EU

As Merkel explains, lithium is an indispensable resource, especially when thinking of the development of battery cells and future mobility. As the chancellor continues, EU countries might have to develop a strategy on how to deal with this matter in a sustainable way, should member states decide to take on this issue. Whereas Merkel’s views might resonate with the diplomatic nature of her last visit as chancellor in Serbia as well as the EU’s geopolitical interest into the country, the Serbian population has currently rallied against Rio Tinto’s lithium mining project. Moreover, protestors have demanded that the Serbian government should protect the country’s environment and fight pollution caused by coal-powered plants, which are run by Chinese companies. Industrial waste constitutes a further regional problem, especially for the Serbian Drina and Lim rivers.

Whereas Merkel declared her interest in lithium considering its importance for future mobility, the chancellor also emphasized that Serbia has a long way to go before being able to enter the EU. While Merkel stressed that judicial reforms by the end of 2021 and the resolution of  conflict with Kosovo are pre-requisites for becoming an EU member state, Austrian MEP Thomas Waitz criticized Serbia for being “Behind European standards by 30/40 years” in terms of environmental protection. In addition, the European Green’s co-chair firmly re-emphasized that he resonates with protestors’ claims about Rio Tinto, which he calls a backward step in terms of the EU’s plans for a green transition.

As the environmental and peace activist argues,

“What we see is that mining companies prefer to approach countries which have low environmental standards, which have dysfunctional institutions, where they are granted free land, free from taxes, free infrastructure or even concrete subsidies for jobs which they are creating and especially with little control andlittle transparency. These circumstances lead, nearly in all cases, to environmental devastation.” (BIRN, September 2021)

In other words, what might be relevant according to Waitz’s view, both for fostering a green transition in the EU and abroad are; environmental impact assessments, the involvement and the respect for local communities and livelihoods, and the transparency about particular contracts and respective profits. As Waitz emphasizes, he sees that none of the criteria met in the case of the Rio Tinto Jadar lithium project, which conclusively does not align with EU standards. Especially, because Serbia is in the process of accession to the EU, Waitz and Merkel’s arguments suggest that judicial reform in Serbia needs to include a revision of Environmental Protection Law. Indeed, after Serbia passed a Law on Climate Change in March 2021, recent developments with Rio Tinto are shocking.

The Jadar Lithium Project involves USD 2,4 billion investments by Rio Tinto, a multinational mining company with offices in the UK, US, Canada, Australia, Singapore, China, Japan, South Africa and Mongolia and with operations in 11 countries. The project is located near Loznica, a community in the Mačva District in western Serbia, and was approved through a majority vote by the local parliament. As Balkan Green Energy News revealed by the end of July 2021, Rio Tinto failed to undertake an environmental impact assessment prior to deciding on funding and executing the Jadar Lithium Project in Loznica. Hence, despite that the project is ambitious and might constitute “one of the world’s largest greenfield lithium projects”, as Rio Tinto has proclaimed, its impacts on the environment and the local population have not been thoroughly assessed.

Due to its size which accounts to 400 hectares, environmental activists have reasoned that the project might derail local agriculture. An article in the Serbian newspaper Mašina from November 2020 explains, the extraction of lithium from the ground could lead to the pollution of rivers, streams and drinking water, whereby the Jada, Drina and Sava rivers are particularly vulnerable to the exposure of harmful chemicals based on their proximate location to Loznica. Moreover, the geographic predisposition of Serbia’s West, which has been described as the “most susceptible to climate change” in Serbia, might worsen a number of possible future challenges such as floods, droughts and lack of drinking water.

Even if the discovery of Jadarite and Searlesite in Serbia in 2004 was promoted as an opportunity to create employment and foster development in the ‘green economy’ by the Serbian government, which claimed that Rio Tinto is well aware of its responsibility to protect the environment while executing the project. A press release by the Serbian government puts a strong emphasis on the total investment of Rio Tinto in the research and development of the Jadar Lithium Project. Whereas the Serbian government should be looking for opportunities to catch up with environmental standards in Serbia, Rio Tinto’s project is at the least contentious. While the government promotes Rio Tinto as a ‘green’ project, activists’ and climatologists’ warnings suggest otherwise.

Can the World use Lithium to Power E-Mobility?

According to a report by the Fraunhofer Institute for Systems and Innovation Research (ISI), which provides a “Technology Roadmap [for the] Energy Storage for Electric Mobility 2030”, lithium batteries have decisive application advantages in the electromobility industry, which will produce battery electric vehicles (BEV), plug-in hybrid electric devices (PHEV), range-extended electric devices (REEV) and PHEV-utility vehicles in the future. Irrespective whether critics might regard lithium as a sustainable and climate-friendly solution, various sources have emphasized that lithium shortages should not be ignored. As three authors in an article in Nature Communications argue,

“A well-established and highly efficient recovery system is essential to maintain Li in circulation to augment the supply shortage.” (Greim, Solomon and Breyer 2020)

In addition, the authors suggest that a long-term supply shortage of Lithium is to be expected. Merkel’s support for Serbia’s lithium hence comes at a time when the EU is well-aware of this shortage. In 2020, the EU Directorate-General (DG) for Internal Market, Industry, Entrepreneurship and SMEs published the 4th list of critical raw materials (CRM) on which bauxite, lithium, titanium and strontium were newly added. As the report explains,

More concretely, lithium shortages in Europe are related with insufficient “extraction, processing, recycling, refining and separation” capacities, which will make the EU dependent on other regions for processing, as the DG emphasizes. More particularly, by these countries and regions the DG refers to Canada, Australia, Latin America, Africa, Norway, Ukraine, enlargement countries and the Western Balkans. However, whereas Australia is home to the 2nd largest lithium reserves in the world, 2020 data published on Statista suggests that Chile, Argentina, China, the US, Zimbabwe, Brazil and Portugal could be important strategic partners of the EU in the lithium business.

Thereby, it should not be forgotten that research and development in relation with the environmental impacts of lithium extraction might best be executed, where the latter has impacted communities and the environment for decades. According to NS Energy, the Greenbushes lithium mine in Australia is not only the largest, but also the oldest lithium mine in the world. South of Greenbushes, Galan Lithium Ltd recently plans executing another project. Operating both in Australia and Argentina, Galan Lithium Ltd intends using blockchain technologies in order to ensure “a sustainable complete traceability of the lithium supply chain”. Thereby, technological innovation will be provided by the British company Circulor Ltd., which provides specialized software applications to track supply chains in the electric vehicle industry.

However, the importance of research and development in other regions of the world should not be neglected. Regional differences in climate and exposure to climate risks, but also differences in relation with local governance, politics, economics, local livelihoods and infrastructure, should play a key role when assessing the impacts of lithium mining projects. More so, because lithium is sold as an ‘environment-friendly’ transport solution and research on alternatives such as sodium is still in its infancy. Whereas Chile owns the world’s largest depot of lithium, it has cut into water supply and workers at Albemarle’s Salar plant have recently striked for their rights.

Similarly, regional CSOs in Zimbabwe have protested about turning the country into a lithium supplier. As the Peace Research Institute Oslo (PRIO) explains, the local population fears that illicit trade, corruption and “‘extreme, destructive elite predation’” will derail the hope that supplying other countries with lithium could stimulate the Zimbabwean economy. To sum up, whereas the world could use lithium to ‘power’ e-mobility, it should keep exploring alternatives such as sodium and commit itself to promoting research, development and innovation in the lithium mining industry. Whereas the cost of lithium might be an important aspect of its feasibility, lithium supply chains must be closely monitored in relation with EU standards on human rights and environmental protection, for instance, through the use of digital technologies.