Africa’s Renewable Energy Development- the Time to Invest Is Now! 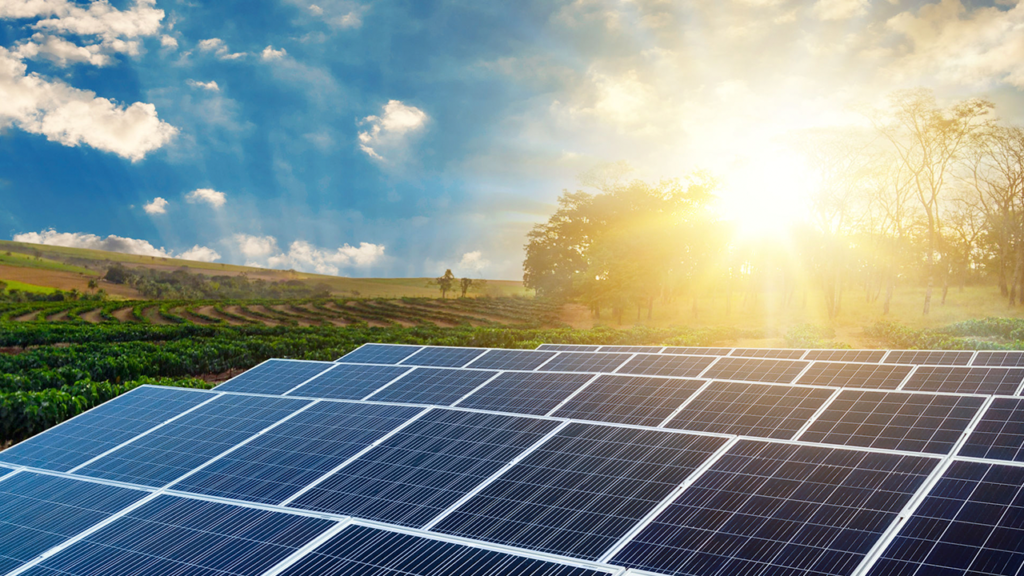 Energy is a very important resource for economies to grow, enhance human well-being as well as to produce goods and services. Studies have shown that energy consumption is positively correlated with indices of economic growth and well-being. It is therefore safe to say that the goal of every country should be to ensure that its citizens have access to adequate, reliable and affordable supplies of modern and clean energy. The demand for energy supply is growing rapidly as a result of urbanization, economic growth, population growth as well as research and development.

Africa is endowed with fossil based as well as renewable sources of energy. Unfortunately, the continued reliance on fossil fuels has led to environmental issues such as Climate change and global warming which unfortunately, the effects of which are suffered from by underdeveloped countries or emerging economies. The need for security of supply of energy cannot be underrated in Africa as it continues to grow at an unprecedented speed and the need for energy to ensure electricity, transportation and general economic growth cannot be overlooked.

Renewable energy constitutes a panacea of different sorts, offering solution to problems posed by conventional energy sources with clean, safe, and inexhaustible, less damaging alternatives while satisfying the criteria for sustainability prescribed by the United Nations, that is, the ability to meet the energy needs of the present generation without compromising the ability of the future generation to meet their own needs.

Some renewable energy technologies across Africa

Africa’s solar PV (Solar Photovoltaic) capacity has grown exponentially in recent years however, from a low base. The cumulative installed capacity at the end of 2014 was 1334 megawatt (MW), more than ten times more than in 2009 which was 127 MW. South Africa is leading rapidly and added 780 MW between 2013 and 2014. Also, Kenya made sizable investments in solar with 60MW installed in 2014. Deployment of CSP (Concentrated Solar Power) in Africa is in the earliest phase, as is the case worldwide. Four African countries, Algeria, Egypt, Morocco and South Africa, have deployed a total of six CSP projects as of March 2015.

Their installed capacity amounts to just over 180 MW. Smaller scale PV systems can be used with or without connection to a power grid. Off-grid PV markets have seen particularly dynamic development in a wide range of African countries. They can be used to provide essential services such as lightning homes, cooking and heating purposes. They also provide alternatives to connecting rural areas to the national grid which is usually very expensive.

By the end of 2013, total installed wind capacity in Africa was 1463 MW. In 2014, 999 MW of new capacity was installed, bringing the total to 2462 MW at the end of 2014). Although it was stated that Africa has more than 59,000GW wind potential says GWEC report. The latest data released by the Global Wind Energy Council (GWEC), states that Africa and the Middle East region installed 821MW of new wind power capacity in 2020, pushing the total capacity in the region to over 7GW. However, Scenarios prepared by the Global Energy Wind Council (GWEC) predict that installed wind power capacity in Africa will rise to between 75 GW and 86 GW by 2030 (GWEC, 2014), (IRENA 2030).

This looks like a really long shot to achieve by 2030 and the question is how possible is this? There is however reason to be hopeful as GWEC in its wind report for 2021 states that new installations in Africa will double in 2021 and then triple in 2022 compared with 2020. Such growth momentum is unlikely to stop during the rest of the forecast period. On average, 3.2 GW of new capacity is expected to be added each year in Africa/Middle East in the next five years (2021- 2025), which is primarily driven by growth from South Africa, Egypt and Morocco in Africa and Saudi Arabia in the Middle East.

IRENA 2015 states that at the end of 2014, there was 24GW of hydro capacity which makes it by far the most important renewable option deployed today. Central Africa has about 40% of the continent’s hydro resources, followed by East and Central Africa, each having about 28% and 23% respectively.

Hydropower is dependent on a lot of water and periods of droughts can be very detrimental to the community therefore, when in use, seasonal and annual availability must be put in place. Depending on the size of the resource, hydro power can be utilized in a number of ways. It can help to meet large scale industrial demand and also provide electricity in remote areas.

The 2020 IHA Hydropower Status Report states that Africa has an installed hydropower capacity of over 37 gigawatts (GW) and the highest untapped potential across the world. The continent has so far only utilised around 11% of its capacity, with 906 megawatts (MW) placed into operation last year.

Kenya is the main hub of power generation from geothermal sources in Africa. As of 2014 there was 606 MW of geothermal capacity installed in Africa, of which 579 MW was in Kenya (IRENA, 2015b). In 2017, geothermal represented about 46% of electricity produced in the country.

The total installed electricity capacity from all energy sources in the East African Rift countries is about 20 GWe. The contribution of geothermal energy to this is about 900 MW, with all the existing installed geothermal power plants located in Kenya and Ethiopia (IRENA, 2020a).

The above technologies have shown growth for the African renewable market and the need for an accelerated transition is increasingly attractive. As electricity demand is expected to triple by 2040, the spotlight has been placed on potential new developments, as well as the refurbishment and upgrading of existing projects across the region.

According to the IRENA, countries like Egypt, Ethiopia, Kenya, Morocco and South Africa have shown strong commitment towards accelerated use of modern renewable energy and are leading energy transition efforts, while some of Africa’s smaller countries including Cape Verde, Djibouti, Rwanda and Swaziland have also set ambitious renewable energy targets. Others are following suit, and renewable energy is on the rise across the continent.

Compared to traditional markets, Africa is young, connected, entrepreneurial and poised for immense growth through regional integration via the African Continental Free Trade Agreement (AfCFTA), which will create the world’s largest free trade area. Renewable energy is a priority sector for Africa’s post-COVID recovery because small and midsize enterprises need reliable and clean energy to get back to business and continue growing.

Over $200 million in funding last year went to energy sector startups. Off-grid solar projects in Africa consistently have outraised their competitors in other countries, making Africa the leading global destination for off-grid solar investment. The importance of off-grid and mini-grid projects will only grow as they are the most cost-effective way to bring hundreds of millions of Africans without electricity online and reinforce power supplies for businesses.

Africa’s off-grid solar sector represents a $24 billion annual opportunity, and the continent faces a significant energy gap. DFIs can serve as bridges between the private sector and governments by expanding credit enhancement services to hedge against project risk. These institutions already have several tools at their disposal to help investors hedge against risk, including credit and political risk guarantees, and serving as lenders of record for project financing to secure favorable loans using their preferred credit status. Promoting technology transfer and local content is a stated priority of DFIs. The best way to accomplish these objectives is by supporting African companies in securing investment.