At the world’s largest mobility trade show, IAA Mobility 2021, which took place from 7th-12th September in Munich, Volkswagen CEO Herbert Diess urged the German government to stop subsidizing fossil fuels to foster the decarbonization of the automotive sector and accelerate the energy transition. 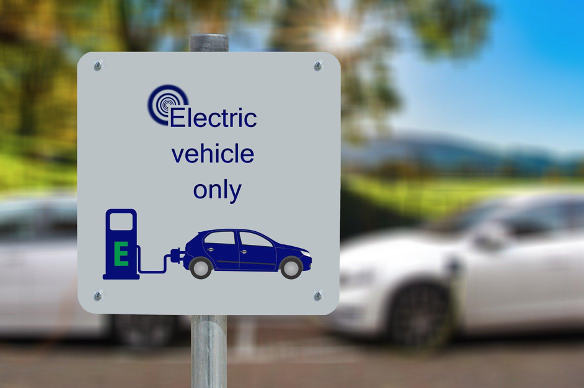 At the world’s largest mobility trade show, IAA Mobility 2021, which took place from 7th-12th September in Munich, Volkswagen CEO Herbert Diess urged the German government to stop subsidizing fossil fuels to foster the decarbonization of the automotive sector and accelerate the energy transition. In his keynote speech ‘Decarbonization as a chance’, Diess particularly emphasized that political action and power are indispensable to achieve these goals and limit human-driven climate change. Whereas chancellor Angela Merkel opened the exhibition announcing that the German government will invest €150 billion into e-mobility until 2025, the German government has yet to answer why it subsidizes the fossil fuel sector with €37.5 billion a year.

This year’s motto of the IAA Mobility “What will move us next” addressed the necessity to foster innovation and the transformation of the automobile industry. As Angela Merkel emphasized, whereas the German automobile industry is without doubt a part of the climate problem, it could also be a significant part of its solution. Various keynote speakers at the IAA Mobility 2021 reemphasized this thought and discussed strategies with regard to sustainable solutions in the automobile industry. For those, who were unable to follow the IAA live, below is not only a brief introduction to Diess’ arguments, but also some background information on Volkswagen’s (VW) transformational pathway.

Herbert Diess, CEO of VW, made headlines in 2020 when he announced his aim to hire an ‘aggressive’ climate activist, who would be willing to provide radical feedback on the company’s future plans and policies. After the Dieselgate scandal, which revealed  that the company cheated on US diesel emissions tests with secret software masking excessive nitrogen oxide pollution, VW wants to contribute to a paradigm shift, among others, through their “NEW AUTO – Mobility for Generations to Come” strategy.

With this strategy VW aims to become a global software-driven mobility provider rather than a vehicle manufacturer. As the company explains, their guiding principle is the “development of sustainable, connected, safe and tailored mobility solutions for future generations”. Thereby, sustainability has to be understood in relation with economic, social and ecological objectives and with equal energy. Workers rights, corporate social responsibility (CSR) and the conservation of resources and the environment play a key role in VW’s future plans, which Diess addressed in more detail during the IAA Mobility 2021.

One of Diess’ arguments behind the demand for decarbonization is the immense CO2 footprint of even electric cars. As Diess explained during his IAA Mobility speech, “even an ID.3 today still has a CO2 footprint of 27 tons in the European energy mix throughout its life cycle”. Consequently, the decarbonization of the transport sector cannot be operationalized without considerable improvements in energy generation and distribution through solar and wind power, respectively through green electricity. One particular green electricity solution, which the VW CEO praised during his speech, is the development of the first cross-sectoral ETES Heat-Pump system by MAN ES in Esbjerg, Denmark.

As Diess emphasized, the heat pump creates climate-neutral energy from renewables and has the ability to save 100,000 tons of coal annually with the latter being explained to make up for the COS emissions of 55,000 cars. Despite decarbonization being outlined to come at an economic cost, VW showed its commitment to sustainability when announcing that the company will invest €300 million into decarbonization projects and startups. Furthermore, it emphasized that what comes at a cost contributes to sector growth and respective revenues eventually.

What is drastic, as Diess argues, is however that “subsidies in worldwide fossil technologies are still estimated to be much higher than investments in renewable energies”. Criticizing coal subsidies, reduced taxes on diesel, tax-free kerosene and air travel with a reduced VAT rate, the VW CEO called for political reforms in “the subsidy scheme…delaying the economic transition that would be possible today”. As Diess continues, he lays out that climate-neutral mobility can be operationalized without sacrificing standards of living.

During her 16 years in office, Angela Merkel has probably earned as much criticism as praise. Currently, her legacy is being analyzed quite in detail by various commentators across the media to prepare the German population for making solid decisions during the general elections on 26th September 2021. At least since 2013, Angela Merkel has been referred to as “the automobility industry’s chancellor”. After the EU had negotiated on CO2 emission standards for cars for 5 years, Merkel pushed for a delay of 4 years with regard to related measures in order to ‘protect’ the German automobile industry.

As the chancellor stated in 2018,  whereas the automobile sector needed to restore the trust that it lost, this could not come at such a high cost that this sector could no longer “invest in its own future”. Whereas Merkel did thus not fail to emphasize the relevance of new mobility technologies, the chancellor was criticized for her failure to keep delaying immediate action despite that other EU countries had reached a conclusion. Indeed, Merkel’s insistence gained further public attention when Germany failed at the G20 fossil fuel subsidy review in 2017.

According to a 2017 report by Green Budget Germany, subsidies for fossil fuels accounted for more than €46,283 billion in 2015 with €12,786 billion being linked with subsidies for infrastructure and specific modes of transport. A more recent report has shown that the changes have by far had too little impact. In 2020, Germany still spent €37,5 billion on energy intensive industry, combustion engine vehicles, coal, aviation, shipping, domestic fuel use and petrol and diesel as Clean Energy Wire reveals.  In this light, it makes sense that VW CEO Diess has lobbied from within the automobile industry.

The underlying principle is simple: What comes at our cost now, generates growth in the future and not only that – tackling climate change now also implies a reduction of the cost of future actions needed to deal with respective consequences such as environmental and humanitarian disasters. One progressive step the German government has certainly made is tying taxation levels directly to the CO2 emissions of a particular vehicle. Taxation can be an effective tool in various areas in order to foster the decarbonization of the transport sector.

As Diess indicated, encouraging creativity is not a form of punishment. Investing in new technologies and digitization will help achieve a comfortable quality of living for the public, and it is possible that some political intervention may be needed to successfully encourage it. Rather than worrying about ‘losing’ its position as a global leader in the automobile industry, Germany might have to view the mid- and long-term advantages and be open to invest into new markets. Especially, because the transition to green energy bears a disproportionate burden  upon the most vulnerable, developing countries and particular regions such as Africa, where energy supply and provision poses regional challenges, the global market has a lot to offer and give back to investors with an interest in green energy.