Leading a ‘Just’ Transition in the African Green Hydrogen Market: Prospects for German-South-West African Cooperation and Beyond

Despite the fact that the German-South African Energy Partnership is nearing its end in 2022, the German development bank KfW has recently initiated a programme amounting up to EUR 200 million in support of green hydrogen projects in South Africa. 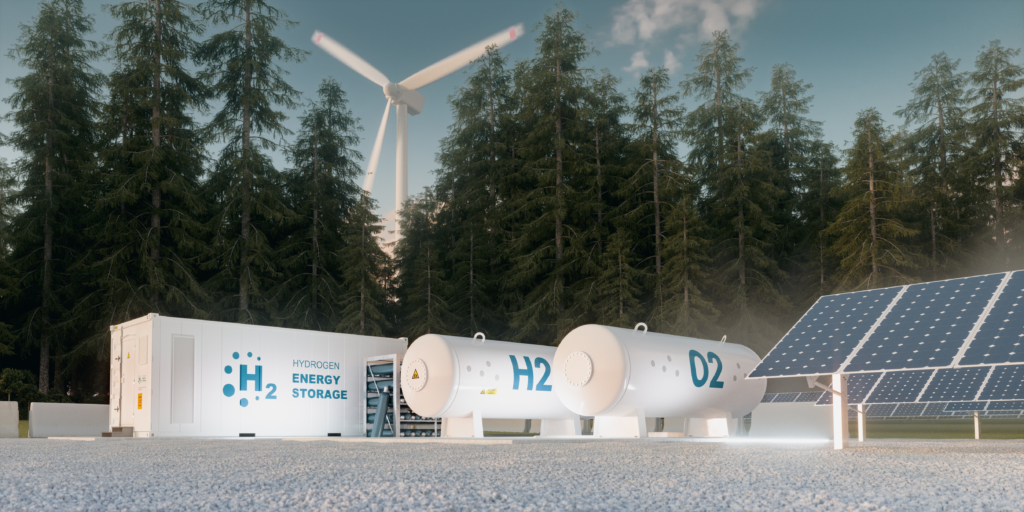 Despite the fact that the German-South African Energy Partnership is nearing its end in 2022, the German development bank KfW has recently initiated a programme amounting up to EUR 200 million in support of green hydrogen projects in South Africa. Engaging two South African think tanks, the Council for Scientific and Industrial Research (CSIR) and Meridian Economics as project lead, its focus on local expertise makes this initiative particularly interesting.

With recent research indicating that foreign companies and local communities in Africa co-benefit from local production, the circulation of local expertise, the involvement of local institutions and local content creation, this project could be an inspiration for multinational companies and investors regarding best practises around promoting a ‘just’ expansion in the African green hydrogen market. Starting with the notion that international development is a bi-, if not multi-directional movement, Africa has to offer valuable expertise and resources to expand the green hydrogen sector. To gain inspiration on how businesses can promote a ‘just’ expansion in Africa, keep on reading below!

The Southern and Western Africa Green Hydrogen Market at a Glance

According to the H2 ATLAS for West Africa, which was established in cooperation between the Research Centre Jülich (FZJ), the Southern African Science Service Centre for Climate Change and Adaptive Land Management (SASSCAL), the West African Science Service Centre (WASCAL) on Climate Change and Adapted Land Use and the German Federal Ministry of Education and Research (BMBF), several West African countries have favourable preconditions for the production of green hydrogen such as a large technical H2  potential per area, affordable levelized cost and a huge potential for the production of H2 from groundwater.

Whereas German Federal education and research minister Anja Karliczek emphasized that Africa shall supply itself before starting to export green hydrogen, West Africa alone has the capacity to generate up to 165,000 terawatt hours of green hydrogen per year, which is estimated to constitute about 1500 times Germany’s green hydrogen demand for 2030. With other African countries such as South Africa, Mali, Niger and Namibia also shifting towards the use of renewable energies and green hydrogen, Germany’s most recent investment into green hydrogen in Africa and the rising number of cooperational projects is understandable.

South Africa alone owns 90% of known platinum group metals (PGM) worldwide with the latter being used in the electrolyzers which produce hydrogen and in fuel cells. With research on H2 and the establishment of Hydrogen South Africa (HySA) going back to 2008, South Africa has built significant and decade-long expertise in relation with hydrogen, which has been extended through development cooperation projects such as the German-South African energy partnership. In addition, South Africa gained international attention in 2020, when its first military hospital became powered by hydrogen.

Leading a ‘Just’ Transition in the Green Hydrogen Sector

As mentioned above, German Federal education and research minister Anja Karliczek strongly emphasized that green hydrogen is a project, which offers an opportunity for further development initiated by African countries themselves. Rather than initiating to export green hydrogen before satisfying the local supply, African countries should arguably use their bargaining power and expertise in order to:

In other words, green hydrogen constitutes a chance for African countries to reject the notion of international development as imposed on ‘developing countries’. Investing into building local infrastructures to advance local production, service delivery, knowledge and institutions could lead to teaming up with Africa during a time when this could offer significant future prospects linked with, among others, the geographic proximity to Europe.

Hence, because projects by international companies in the solar and wind power industry in Africa have partially failed to consult African expertise, while having demonstrated a lacking view for the support of local livelihoods, the current moment could constitute a chance for multinational companies to build strategic partnerships with a future global impact in Africa.