An overview of the law of “passing off” in Mauritius

There are various spheres to guarantee protection against the tort of “passing off” in Mauritius, which include some provisions of the Civil Code, and other statutes which have been enacted by Parliament in Mauritius. 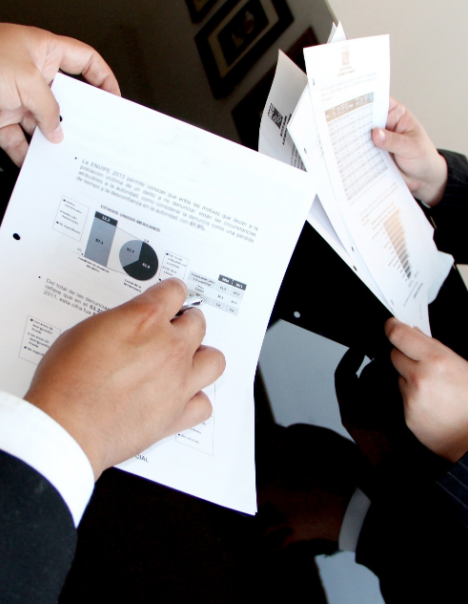 There are various spheres to guarantee protection against the tort of “passing off” in Mauritius, which include some provisions of the Civil Code, and other statutes which have been enacted by Parliament in Mauritius. Two of these statutory instruments are the Patents, Industrial Designs and Trademarks Act 2002 (“The Trademarks Act”) and the Protection Against Unfair Practices (Industrial Property Rights) Act 2002 (“The Unfair Practices Act”).  Both statutory instruments came into force on 6 January 2003. These two Acts deal specifically with protection against unfair commercial practices and also provide for the protection of any exclusive right to any mark. Beside these two Acts, any action initiated, including an action in tort, to protect any civil right against unfair practice, would generally find its cause in the provisions of the Civil Code. As far as copyrights are concerned, the Copyrights Act 2014 and the Copyrights (Amendment) Act 2017 are relevant statutory instruments.

In a nutshell, the new – and yet to be proclaimed – Industrial Property Act provides for the protection of industrial property rights, namely, patents, utility models, layout-designs of integrated circuits, breeder’s rights, industrial designs, marks, trade names and geographical indications, for an Industrial Property Office headed by a Director, for the setting up of an Intellectual Property Council which is advisory in nature, for the jurisdiction of the Industrial Property Tribunal, and for related matters.

To the outside world, Mauritius has always looked the epitome of the French-British blend. As a result of Article 8 of the Acte de Capitulation signed on 3 December 1810 and proclaimed on 5 December 1810, Article 8 of the Treaty of Paris dated 30 May 1814 and by virtue of a Proclamation published in the Gazette du Gouvernement of 29 April 1815, Mauritius preserved its laws and customs. Consequently, all the existing French laws including the various Napoleonic Codes continued to remain in force and to be operative in Mauritius despite the taking over of Mauritius by the British in 1810.

This provides an opportunity to set the stage for a comparison between the law of passing off under English law and under French law before turning to the Mauritian stance.

From time immemorial, an action for passing off has been acknowledged under English common law. It has often been raised as a remedy for the invasion of a right to property. The peculiar feature of the tort of passing off in English common law is that it uses the Law of Torts to give rise to a proprietary right through the creation of the concept of “goodwill”[1].

The necessary elements for passing off have been laid down in Reckitt & Colman Products Ltd v Borden Inc. [1990][2] and reinstated by the House of Lords as being three in number in Corsorzio del Prosciutto di Parma v Marks & Spencer plc [1991][3].  For a passing off action to succeed, it must be established:

(1) that the claimant’s goods or services have acquired a goodwill in the market and are known by some distinguishing name, mark or other indicium;

(3) that the claimant has suffered or is likely to suffer damage as a result of the erroneous belief engendered by the defendant’s misrepresentation.

However, under Mauritian law, the situation is somewhat different from the position under English law. While reference may be made to the term “passing off”, the term is not meant to import the English Tort of passing off as a cause of action under Mauritian law but is used in the ordinary grammatical sense to describe the conduct of a party who has been passing off or misrepresenting its products as being those of another party.

The cause of action under Mauritian law, as with the French law, is born from the provisions of the Civil Code. Accordingly, for an action founded on “concurrence déloyale” to succeed, the plaintiff must be able to prove “faute”. There must also be established the causal link between the “faute” which constitutes the “concurrence déloyale” and any prejudice suffered by the complainant as a result of such a “faute”.

The source of a passing off action in Mauritius is therefore grounded in Articles 1382 and 1383 of the Civil Code.  This has led Mauritian Courts to constantly seek reliance on the French doctrine and jurisprudence in that respect, in order to import into the Mauritian Civil law the tort of “concurrence déloyale”[4].

Past examples of where the Supreme Court of Mauritius has found a situation of “concurrence déloyale” are:

In Concorde Tourist Guide Agency Ltd v Concorde International (MTS) Ltd [1983][5], the Supreme Court held that “the use of a trade name likely to cause confusion with the trade name of another person may constitute “concurrence déloyale” which is a faute under Articles 1382 and 1383 of the Code”.

In Federal Marine Ltd v Veerapen [1997][6], the Supreme Court held that the respondent who was selling pilchards in containers on which were affixed labels closely resembling the labels affixed to the containers used by the appellant, was guilty of “concurrence déloyale”.

Independently of the protection afforded under the Civil Code for “concurrence déloyale”, the legislator has also enacted the Trademarks Act and The Unfair Practices Act as highlighted above. Some sections of The Unfair Practices Act are worth highlighting. Section 5 provides that any act or practice which is likely to cause confusion with regard to the product of another enterprise shall amount to an unfair practice. Section 6 further provides that independently of whether an act or practice may cause confusion, it would nonetheless constitute an unfair practice where it is likely to damage the goodwill or reputation of another enterprise.

The legislator’s intent behind enacting the Unfair Trade Practices Act and the Trademarks Act were to incorporate into the Mauritian law, the obligations to comply with International Conventions relating to The Trade Related Aspects of Industrial Property Rights 1994 (TRIPS) and the World Trade Organisation (WTO).

Therefore, the legal framework which the Mauritian law provides in respect of the protection against “passing off” comprises relevant provisions of the Civil Code, the Protection Against Unfair Practices Act and the Patents, Industrial Designs and Trademarks Act 2002.

It is worth concluding on a recent case before the EU General Court in Luxembourg. On Wednesday, fashion label Chanel lost an EU court battle with Chinese technology firm Huawei over its famous logo. Judges ruled in favour of Huawei, which had sought an EU-wide trademark for a logo it wanted to use, but the fashion house said it was too similar. The EU General Court ruled that the logos “share some similarities but their visual differences are significant”[7].