It’s not a problem to be solved by one single company or even a group of companies; it has to be solved by a more regional approach: Andres Vega – International Associate, Centurion Law Group. 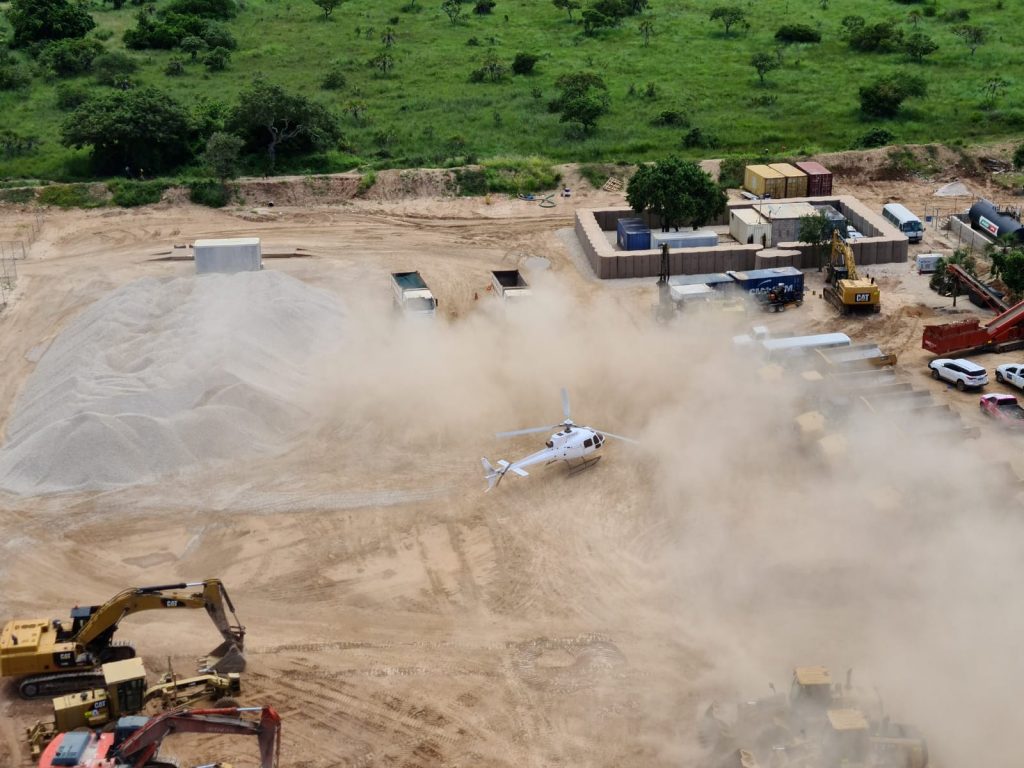 It’s not a problem to be solved by one single company or even a group of companies; it has to be solved by a more regional approach: Andres Vega – International Associate, Centurion Law Group.

NOMPU SIZIBA: Terrorist attacks in Palma, the northern region of Mozambique, last month have resulted in oil, gas, and construction projects coming to a complete halt. Dozens of people are said to have been killed in brutal fashion with many thousands fleeing the area for safety. The UNHCR (UN Refugee Agency) has warned that some one million people could be displaced by the middle of the year if the international community does not nip the insurgency in the bud. Numerous company operations have been affected, which include those of Total, which has spent billions of dollars on gas projects in the region. Italy’s Eni and US-based ExxonMobil are also affected. And here at home Sasol is affected. Political manoeuvres are afoot to have emergency SADC talks in Maputo tomorrow with defence security and international relations ministries expected to be in attendance, with the South African government also set to attend.

Well, to get into the broad themes around the economic impacts and the urgency of practical interventions and what they may look like, I’m joined on the line by Andres Vega, an international associate at the Centurion Law Group. Thanks very much, Andres, for joining us.

It does appear that the Mozambique gas complex – where several multinational companies, including Sasol, have heavily invested – has been deliberately targeted by terrorists, given its economic strategic nature. That’s despite the government having designated that complex as a safe zone that should be protected. This is quite a worrying development.

ANDRES VEGA: Yes, really concerning, especially as you mentioned that the government was supposed to create a sort of perimeter. In the end it did not work as the insurgents were inside the perimeter when the attack happened; it was carefully planned, it appears.

NOMPU SIZIBA: Companies invested in the complex will be losing serious cash for every day that they’re not able to work on their projects. Who becomes liable for that? And, even if it’s the Mozambican government, which supposedly gave assurances around safety, it’s not as if they would be in a position to compensate anyway.

ANDRES VEGA: I think there’s no really short answer for that one. I think everyone loses in this point. For example, Total announced just last Friday that they all, like we are doing, were withdrawing personnel. That poses us an impact. Total’s investment is supposed to be $20 billion for the next decade, and that $20 billion will have an impact of course on the whole economy of Mozambique, as well as South African companies which were working on the projects. It was really unfortunate that even a South African national died in this attack last week.

So everyone loses. I do not see any scenario where a company would be willing to make their staff go back to a place that has been suffering this much – even now with government assurances. The situation is not yet under control. The Mozambican government announced that Palma was already secured, but it took a while. There have been no other confirmations or reassurances in that regard. And for Total, of course, it’s also very expensive to stop and begin again, and bring in and bring out people; it’s an investment. That’s why I think everyone loses, especially the Mozambican government. The people lose because, if they lose all of this investment, well it could be really bad for the economy.

NOMPU SIZIBA: Catastrophic even. SADC is meeting on the issue tomorrow. What legally could they do as a block to work swiftly in eliminating this continued threat in the northern part of Mozambique?

ANDRES VEGA: Legally I wouldn’t be able to tell you. I do not know the contracts that Total has for the area. And I think it’s also not a problem that has to be solved by one single company or even a group of companies. It has to be solved more by a regional approach. Even governments of the region should be coordinated to fight against this threat.

NOMPU SIZIBA: And I think one of the big concerns is that obviously these insurgents won’t necessarily stop at causing death and mayhem in Mozambique alone. Other SADC countries need to work on the basis that they also remain under serious threat should those elements take hold in their countries.

ANDRES VEGA: Sure, sure. I think that is why it is important for these regionally – and I would even say internationally. But let’s begin with regionally. For neighbouring countries to stop this now in a coordinated and planned strategy in order to avoid this militancy transferring to other countries and causing more mayhem.

NOMPU SIZIBA: Presumably how the regional governments deal with this situation will no doubt be crucial for future investment prospects in the region, because, like you say, Total is already fed up and they’re withdrawing their personnel as we speak, and they have no way of knowing when they’ll be able to return them at great cost. So it will be very important how the region deals with this matter because it could affect future investment.

ANDRES VEGA: Yes, I completely agree. For example, the projects in the Rovuma Basin, those of Eni and Exxon – I guess they should also be thinking about what’s happening in the area because if Total is leaving and it’s so close to the Eni and the Exxon projects, then there might be something similar which would be a chain of really catastrophic events that might lead to no company wanting to invest in Mozambique.

Then it all goes into a chain, because if this fails and this gas is not produced the South African economy also suffers, especially as South Africa wants to start decommissioning coal plants and start gas-to-power energy generation, South Africa would need access to that gas as well.

NOMPU SIZIBA: That’s right. But the difficulty is that some of these companies have put more than their big toe in the water. I mean, they’re so heavily invested, having invested billions and billions of dollars. So presumably they’re going to use every lever possible to ensure that their governments or anybody gets involved because they’re set to lose so much money. Obviously their stakeholders – where they come from in the United States, in Europe and so on – are not going to be very happy.

ANDRES VEGA: No, definitely not. I think what has to be most important for this company is first to guarantee the safety and the life of their staff. That has to be the most important. And then yes, I agree. They would try every option available for them to secure their investments.

However, it’s a really sensitive matter as well, because Mozambique is an independent country. It has sovereignty and cannot just let other governments just go in and try to figure it out. Mozambique does need help, but it needs to allow for this help. Currently they have been allowing Portugal and the US as advisors to their military – but not an actual military force.

NOMPU SIZIBA: That was Andres Vega. He’s an international associate at the Centurion Law Group.