Implications of the “Eco” Currency on African Regional Trade

Modern fiscal and macroeconomic realities around the world have caused various oppositions against the theory and practice of currency integration i.e. a region adopting a single currency such as the Euro used in the Eurozone. 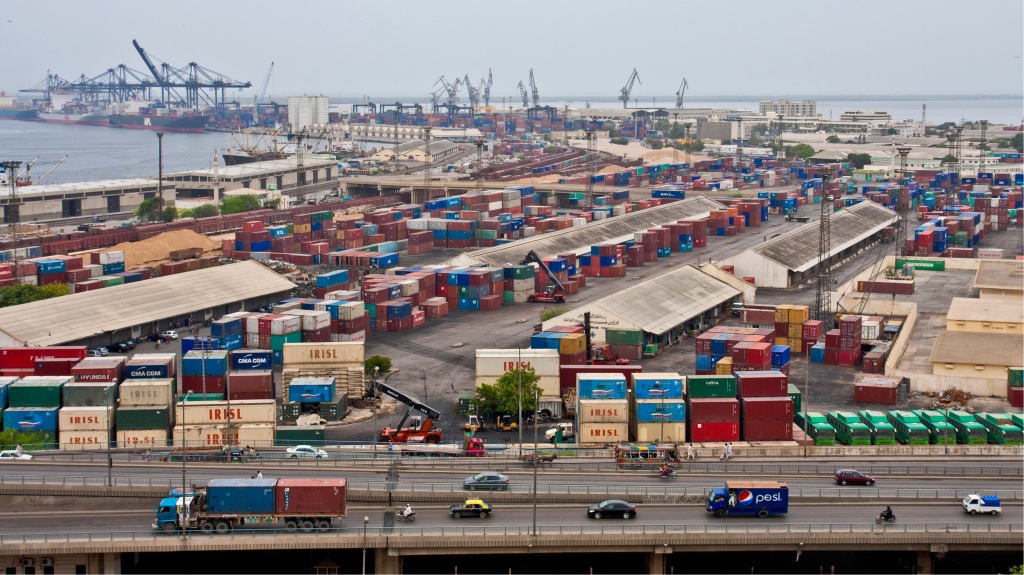 ‘A dream that Africa should have one bloc, north to south-we could trade freely, people can move freely and that makes business sense.’

Modern fiscal and macroeconomic realities around the world have caused various oppositions against the theory and practice of currency integration i.e. a region adopting a single currency such as the Euro used in the Eurozone. Regardless of the said reservations, there have been continued calls for the deeper integration of the African continent on both economic and political fronts. Consequently, in Africa, projects on regional integrations and cohesiveness are being embarked on increasingly.

With the recent resurgence of the drive to achieve a single currency for the Economic Community of West African States (ECOWAS) – ‘the Eco’; and the signing of the Africa Free Trade Continental Agreement (“AfCFTA” or ‘the agreement’), Africa and the West African sub-region appear to be inching closer towards economic integration.

Interestingly, these developments are coming at a time when the rest of the world seems to be dis-integrating as shown the proliferation of nationalist sentiments and trade wars. Following the challenges that Africa has faced over the years particularly on stability of financial and banking systems, corruption and inconsistencies in economic policies and political instability, it is important to consider if Africa is ready for this huge development. Hence, this paper aims to examine the implications of the adoption of the Eco on the AfCFTA and the regional economy at large.

In July 2019, ECOWAS announced that a common currency is scheduled to be introduced. The Eco is expected to first be adopted by WAMZ and subsequently by WAEMU. It is also to be pegged to the Euro, have guaranteed exchangeability to other currencies and its reserves kept in a regional central bank.

The primary conditions to be met before adopting the currency by any state are3:

AFCTA was entered into force on 30 May 2019 for the 24 countries that had ratified it. The agreement aims to bring together the 55 member states of the African Union covering about 1.2 billion people and a Gross Domestic Product rate (GDP) of USD 3.4 trillion4. The agreement has been reported to be the largest free trade area since the formation of the World Trade Organization (WTO). Estimates from the United Nations Economic Commission for Africa (UNECA) further suggests that the agreement has the potential to boost African trade by 52.3 %. Through a two-phased implementation approach, the agreement covers tariff concessions, digital payment system, intellectual property, investment, and competition amongst others.

Essentially, the agreement poses the region for free movement of goods and services, expansion of intra-African trade through better harmonization of trade liberalization across the region, increase of competitiveness for enhanced industrialization and resource allocation.

Will the Eco affect the AfCFTA? The link between currency and trade

Trade and currency are inextricably linked. The price for exchange of goods and services (trade) is usually currency. In macroeconomics, the theory of mercantilism holds that a country can attain prosperity through trading with other countries5. The gamut of this theory is that when a country exports more than it imports, there is a high demand for its goods and currency, ultimately such a country would build wealth.

If Africa can effectively utilize the AfCFTA, it is likely that there will be a spike in the demand for agricultural exports from Africa such as coffee, grains, textiles, cotton, minerals, and livestock. Hence, shifting the over-dependence on oil and allowing the region to strengthen itself against the negative ripple effects it is used to during trade wars. For instance, Nigeria, Angola, Algeria, Egypt, and other oil reliant economies in Africa stand to experience significant economic contraction as a result of the current Saudi Arabia/Russia oil price war. Meanwhile other oil-rich countries in Europe and the Middle East reportedly have cash reserves and diversified business portfolios that could last them for years.

Robert Mundell’s Optimal Currency Area (OCA) theory6 is of the view that countries that share strong historical and economic ties gain higher economic benefits by using a common currency. He also outlined major criteria for an optimal currency area that the countries should ideally share, and they include:

Clearly, the AfCFTA has the potentials to improve these criteria set above for the adoption of the Eco. The Eco in turn would boost intra-regional trade ignorantly. Both developments (The Eco and AfCFTA) will ease the process of truly integrating the components of the common economy particularly, capital markets, resources mobility and international trade.

There have been debates as to whether 2020 is a realistic date for the adoption of the Eco. This is due to the myriad challenges faced by the region. One of such challenges is the low rate of intra-trading activities

within the region especially the West-African sub-region. The National Bureau of Statistics (NBS) reported that imports in Asia hovered between 40-45% of Nigeria’s total imports compared to less than 20% imports from Africa between the first and last quarters (Q1-Q4) of 2019 7. These figures are not exciting when compared to intra-trade levels in Europe (69%), Asia (59 percent) and North America (31 percent)8. Interestingly, they all have intra-regional free trade agreements namely, the European Free Trade Association (EFTA) Association of South East Asian Nations (ASEAN), and North American Free Trade Agreement established more than 20 years ago averagely. Economists have argued that lack of industrialization, poor infrastructure, economic instability, and exorbitant tariffs are the causes of low intra-regional trade rates within the Africa as a trading bloc.

Essentially, a trade agreement like the AfCFTA comes to resolve these issues and augment intra-regional trade relations in the region. Invariably, if the objectives of the AfCFTA is pursued diligently, the adoption of the Eco would be a more realistic and beneficial project.

The realities of adopting a single currency for the region is that businessmen and travellers would enjoy hassle-free currency exchange leading to increase in intra/inter-regional trade. This certainly means that both monetary blocs (WAMZ and WAEMU) would be built into a single cohesive economic unit which would help in creating a more formidable presence in the international market and ultimately allow to negotiate for better trade terms internationally.

Single currency, a Trojan Horse for the Greek economy? Lessons from Europe

Without doubts, the Eco and the AfCFTA are all giant steps in the right direction towards regional development and cohesion. When more African countries trade, they exchange currencies and commodities of both tangible and intangible natures, transfer knowledge, improve employment opportunities and create an environment for competition and innovation.

However, these benefits are not without costs or dangers. Monetary union does not make member countries’ finances impregnable. Rather, it could even make damage-control harder when needed. This is because upon adopting a single regional currency, the constituents would lose their rights to modify their fiscal policies and directives without consulting the relevant administrative bodies.

In 2009, Greece, due to bloated and faux protectionist economic practices, eventually faced a liquidity crisis i.e. they were unable to pay off their national debt and threatened to default on same. Their adoption into the Eurozone in 2001 had further made it easy as an already dwindling economy, for them to borrow from their European counterparts. Shortly after the global meltdown in 2008/2009, creditors began asking for their money with higher yields as compensation for the added risk brought by the global meltdown. Naturally, they could not pay and had sunk into one of the worst recessions in the world.

The New York Times in 2015 had reported that adopting the Euro was a straitjacket for Greece.9. It was the final nail in the coffin as it prevented Greece from adjusting its currency exchange rate to offset the harms it had done to itself.

From global experiences on the risks associated with using a common currency, it is necessary for member states to set domestic fiscal pool for crises responses. This can be done by increasing the amount invested

into their sovereign wealth funds. This would help diversify the economy, build foreign reserves, and make provisions for any shock that could come from adopting a single regional currency. As such, the administrative bodies at the regional level must be ready to assert or take on more responsibilities. Currently, the level of response that ECOWAS has shown to crises and other issues in member states leave much to be desired. If this project on currency integration is to be successful, the ECOWAS must step up as much as its European counterpart on responses to policymaking, governance, security, and human capital development amongst others.