On the 24th of February 2021, the South Africa’s Minister of Finance, Mr Tito Mboweni delivered what has been termed a historical and surprising budget. The budget is said to be surprising because over the last five years the government has been reducing deficit through tax increases, whereas the focus of this budget is to decrease expenditure. 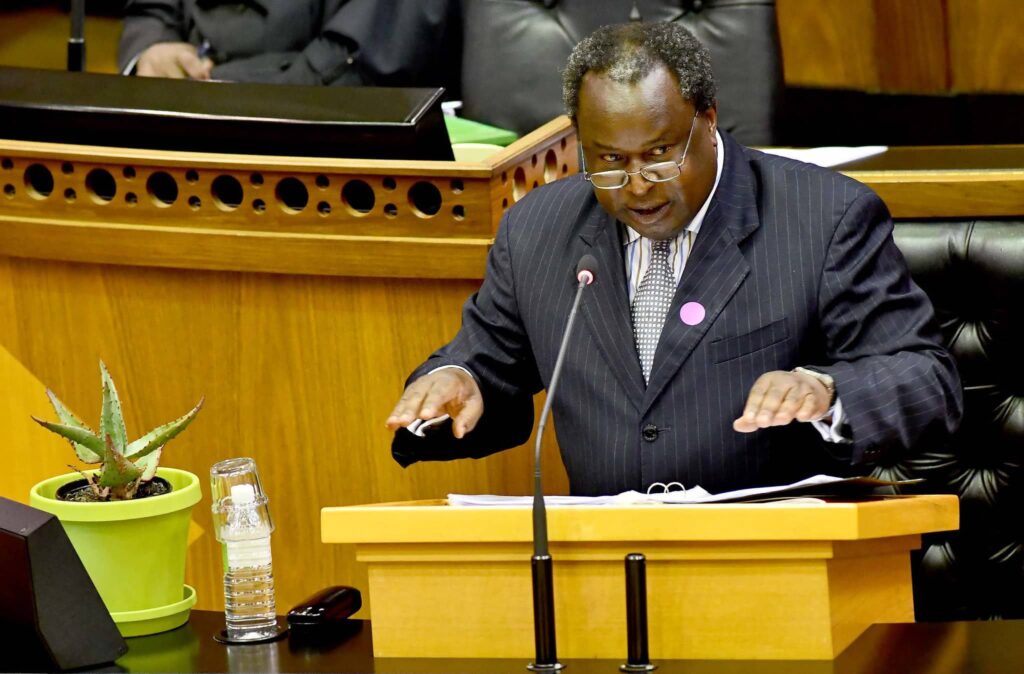 On the 24th of February 2021, the South Africa’s Minister of Finance, Mr Tito Mboweni delivered what has been termed a historical and surprising budget. The budget is said to be surprising because over the last five years the government has been reducing deficit through tax increases, whereas the focus of this budget is to decrease expenditure. The budget is also contrary to the October 2019 Medium Term Budget announcement, which indicated that additional tax measures were under consideration. This budget also responds to the effects of the COVID-19 pandemic which negatively affected the economy. As a result of the effects caused by the COVID-19 pandemic the South African economy suffered the highest budget deficit in its history in the face of a rapidly growing public debt.

The article discusses key highlights of the budget speech that citizens, business owners, youth and companies must be conversant with. There are as follow:

The Minister announced that the government will remove a planned a 40 billion rand in tax increases and instead raise the tax revenues by closing corporate sector loopholes and broadening the tax base. The following are the notable tax changes:

A development worth celebrating is the modernisation of the foreign exchange system, that is, the Excon regime. Over the next 12 months, a new capital flow management system will be put in place wherein all foreign-currency transactions will be allowed, except for a risk-based list of capital flow measures. This development will undoubtedly increase transparency, reduce burdensome and unnecessary administrative approvals, and promote certainty. The risk-based list of capital flow measures includes the following;

As regards to individuals, the budget speech referred to transfers in excess of R 10 million which transactions will come with a more stringent verification process by the South African Revenue Service (SARS). It therefore seems that there will be no limits on individuals externalising funds provided the necessary tax clearance has been obtained. Notably, natural person residents and natural person emigrants will be treated identically, and the current exchange control emigration concept will be phased out and be replaced by a SARS verification process. This will also affect withdrawal of retirement funds on emigration and transferring dual listed shares abroad.

One of the main objectives of the budget which the government emphasized is its central role in turning South Africa into a competitive economy. Signalling the corporate tax cut in the future makes South Africa’s tax system more competitive. It also helps business to grow whilst the economy recovers and promotes the broader call that South Africa is open for business, investment and trade. The budget enhances immediate prospects for economic recovery and the economy’s long-term growth prospects which is a necessary, credible path to fiscal and monetary balance. The budget is thus good for both individuals and companies in business.

South Africa already has a relatively high tax-to-Gross Domestic Product (GDP) ratio compared with other African countries. Further, South Africa’s corporate tax rate has not changed for more than a decade at 28% which is high compared to some of its largest trading partners who are on the mid to low 20%’s. Reducing the corporate income tax rate will thus encourage new investment, expand production and assist growth. Additionally, with trading having commenced under the African Free Trade Area (the AfCFTA), South Africa is well positioned to take full advantage of the benefits offered by the Free Trade Area.  From the looks of it, it seems that there will be a gradual rate reduction in corporate tax over probably the next 5 years to put South Africa on par with its trading partners. This will inevitably promote businesses and trade.

The property industry has a lot to celebrate as the threshold for transfer duties has been adjusted. As of now property costing R1 million or less will no longer be subject to transfer duty. This is welcoming news for all because it makes buying property more accessible for South African citizens. Even for citizens who wish to purchase property for more than R1 million because they will save money, for instance, R17,000 in transfer fees on a R2.5 million home. This has a huge positive impact for the youth as they become more financially independent, they will be able to qualify for home loans and in turn, become property owners.

Over the past 12 years, the government has allocated R162 billion to financially distressed state-owned companies. ‘’These allocations generally provide short-term support, but cannot substitute for the far-reaching structural reforms needed to return them to operational and financial stability,” Treasury said.  In 2019/20, government allocated R49 billion to Eskom and committed R112 billion in medium-term funding. This is the funding allocated to state owned companies over the next three years.;Eskom R112 billion (R56 billion in 2020/21) SAA:  R16.4 billion (R10.3 billion in 2020/21) Denel: R600 million. South African Express: R200 million.SABC: Cash bailout of R1.1 billion.

The Land Bank was the only SOE to be bailed out to the tune of R9-billion over three years.  However, the budget makes provision for an amount of R41 million to set up the Presidential State-owned Enterprise Council, a new advisory body that will help government “reposition” state-owned companies.

This means consumers will pay R5.70 towards these two taxes alone, or around 35% to 40%on every litre of fuel. The increases to the fuel levies are significant and will affect the poorest people the most as it will make their public transport costs and taxi fares more. The financial impacts of the fuel increases are concerning and will result in a lot of dissatisfaction in most South African citizens.

The government wage bill is still the biggest expense in the budget, an issue which the Minister intends to tackle over the next three years. “Between 2006/07 and 2011/12, we were able to add about 190,000 employees. However, at the same time government wages also increased significantly. We cannot go on like this,” said the Minister.

The aim is to cut R160 billion in the wage bill over the next three years, with the aim to save R37.8 billion in the next financial year. The cut in the wage bill has the risk of widespread contention by the 1.3 million-strong public-sector workforce as government spends around a third of its budget on the salaries of its civil servants, including national and provincial officials, doctors, teachers, and police. Some experts are of the opinion that even if the cuts materialise, the budget deficit will remain high at 10.1% of GDP in the next fiscal year, from 15.7% in the current year. The debt-to-GDP ratio will still exceed 92% in 2023/24.

In 2020, Treasury made R83.2 billion available for the public employment programmes, this year another R11 billion will be allocated for the Presidential Youth Employment Initiative, taking the total funding for employment creation to nearly R100 billion. By the end of January 2021, more than 430,000 jobs of “various duration” including as temporary teaching assistants and in programmes to reduce landfill have been created as part of a public employment initiative. An additional 180,000 jobs are in the recruitment process and more than R65 billion has also been allocated to help an estimated 89,000 artisans to register for training and to create more than 320,000 work-based learning opportunities. This is a positive development which should witness a decrease in unemployment rate of youth.

Government intends to vaccinate 67% of the population in a year and Treasury has therefore allocated an initial amount of R9 billion for the vaccines – which can increase to closer to R20 billion. This will boost youth employment, to counter economic setbacks caused by the effects of the COVID-19 pandemic.

In conclusion, while the new national budget paints a very gloomy and depressing picture of South Africa’s debt crisis, with a fifth of all tax income now going to creditors, treasury is expectant that debt will stabilise at below 90% of GDP by 2025/2026. The budget however gives South Africans some hope in the form of a R791.2 billion investment in driving infrastructure and the allocation of a further R10 billion to help small and township businesses establish themselves. However, recovery will take time, effort and commitment.